The Worlds First Hoverboard on Kickstarter 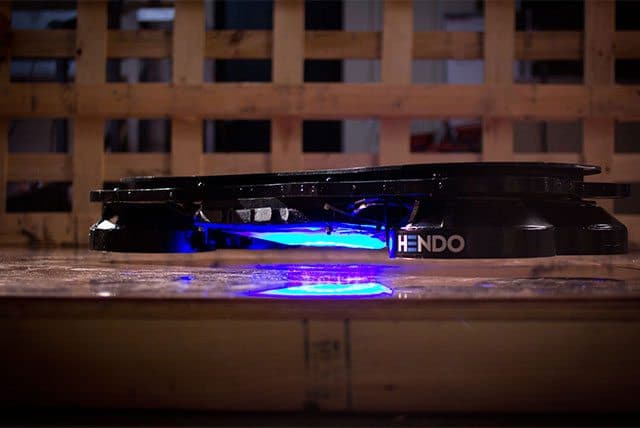 It’s been 25 years since Back to the Future Part II was released and since then it has been every boys dream to have their own hoverboard. In the movie, Marty McFly is visiting the future 2015 where he ends up in some trouble with Biff and has to escape. For this, he uses the hoverboard.

Now that very same thing is becoming a reality with the new Hendo Hoverboard making its appearance on Kickstarter. The prototype is real, it works and it can be yours in the very near future. The company shortly mentions that there was a movie about something like this, but nothing more. There is no need to be drawn into any arguments with anyone that might delay the launch. Smart move.

This isn’t just some one-man idea put on Kickstarter in the hopes to get it off the ground. There is a big team behind the hover technology and the hoverboard is just one way to demonstrate their invention in a way that everyone can understand. It can be scaled up and down to suit almost any needs. The current version is the 18th prototype of the hoverboard, so there clearly went a lot of time, research and development into it.

The Kickstarter campaign is about getting the final production started and creating the physical skateparks where you can ride them. The hoverboard uses four disc-shaped hover engines that create a magnetic field which literally pushes against itself, thereby generating the lift which levitates the board and you off the ground. 250 pounds are the current limitation on the lifting power, so even large adults should be able to enjoy it.

When we’re moving off the ground, we’re also eliminating the directional boundaries of wheels and can move equally in any direction. The board is designed to work with your natural movements and can use the engines to propel you in any direction. There are only two factors that impact your movement, the applied force and its direction.

There is only pmr little hitch on the hoverboards, the surface currently needs to be a non-ferromagnetic conductor. That’s why they need to build special hover-skateparks, after all you’d want a place to ride your incredible toy. Right now sheet metals are used as the surface, but the company is effectively working on new compounds and configurations to maximize the technology.

The technologies used aren’t really new as such, but no one has ever brought them together like this and made it work in a usable size. The hoverboard of course features numerous safeguards from the ability to detect interference on the surface to automatic power down. Battery cells are located in the middle of the board so they won’t impact the balance. 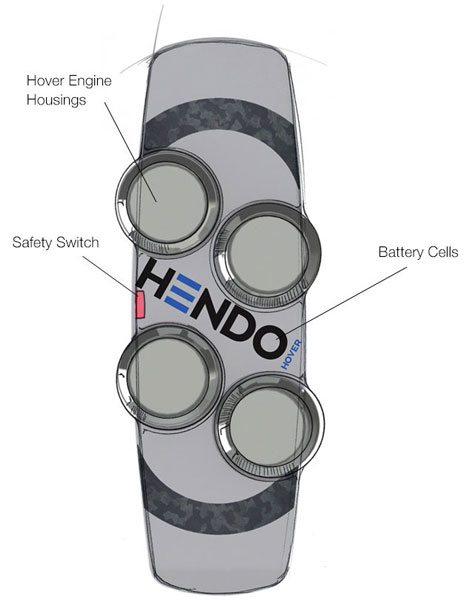 You’ll really have to want this hoverboard to get it at the current state. Not because it’s shabby nor because of the surface limitations, but rather because of the price. If you want to be one of the first 10 world-wide to own these boyhood dreams, you’ll have to pledge a whopping $10,000 or more.

The price tag and limitation of just 10 devices will limit this technology from most of us, or will it? There is another option in the form of the Whitebox Developer’s Kit.  The box contains all the same technology used in the hoverboards, but in a scaled down version for you to take apart and apply to anything you’d like. You can then remote control you hovering items with an Android or iPhone app on the plus version.

This puts hover control and propulsion capabilities in your hands. The current version uses rechargeable LiPo batteries that give 12-15 minutes of hover with a charge time of about 2 hours. Make your model cars hover, or how about your PC case while the system boots or shuts down? There aren’t many limitations besides your fantasy and the battery time.

The Whitebox Developer Kit will set you back a pledge of $299, or £349 if you’d like one with a nicer skin. If you’d just like to support the project there are smaller pledges that will reward anything from stickers to desk memorabilia. If you can’t afford the hoverboard itself with its steep $10k price, you can get a replica without the technology inside, to display on your wall or trophy case. The replica will set you back $449.

This is all very cool, but as we know not all Kickstarter projects become reality within a timeframe we’d like. Hendo has a nice looking timeline with the first merchandise delivered Q1 2015. Whitebox Developer Kits and hover-replicas will be delivered in July and August 2015 whereas the actual hoverboard will launch at the Hover Event on October 21st 2015. If the date sounds familiar to you, there might be a reason for this. 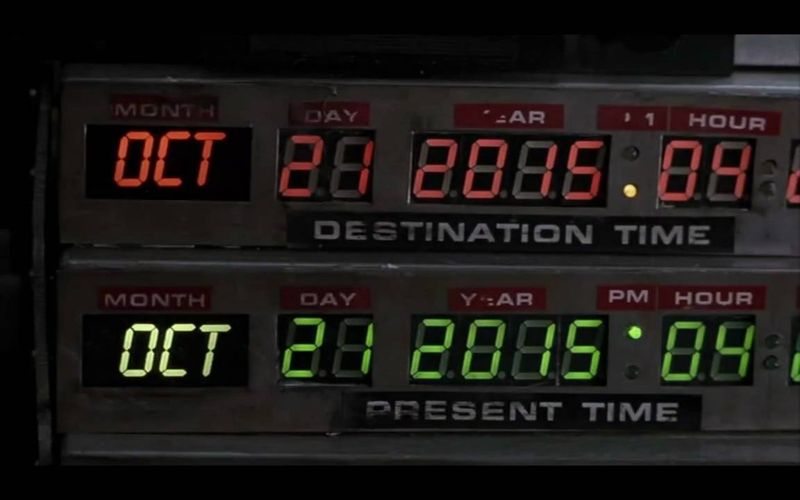 No one has grabbed any of the 10 hoverboards at the time of writing this, but I’m sure it won’t take long before they’re gone.

Thank you Kickstarter for providing us with this information

Topics: back to the future, hoverboard, kickstarter, news, Now, real