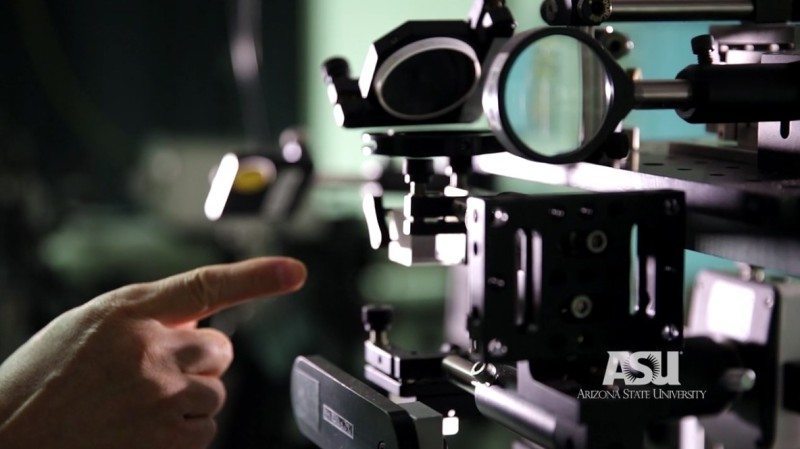 A professor in Arizona has developed the world’s first white laser, a rather simple sounding innovation at first, but one that could have a significant impact on a huge range of technologies over the next few years and beyond.

The white laser technology could be used to create much more vivid images for TV screens, as well as offer faster and more secure communications using LiFi technology and more. The creator, Professor Cun-Zheng, has been working on his white laser technology for almost a decade, and his work is being award with top honours from Popular Science Magazine.

“With lasers we can produce many more colors than the standard LED. You can represent any colors you want to represent in a more truthful manner,” said Ning. “To grow for the first time a semiconductor that would be made red, green, and blue at the same time, and furthermore we were able to demonstrate that single piece of material can actually have laser actions simultaneously so that the overall light coming out is white,” he added.

Laser TVs are nothing new, but they’re wildly expensive and not quite ready to take on the current crop of consumer hardware. This new technology uses razor-thin lasers that would represent just one pixel each on the screen, using three colours to mix to white, or any other colour required for each “pixel”. Much like OLED technology, this doesn’t require a backlight, but can produce even more vivid colours and detail.

“That was really exciting when you put a laser TV side-by-side, with the best LCD or LED TV, and there’s no comparison, the kinda color you see is immediately so vivid,” said Ning.

This is great news, but don’t expect to see a per-pixel laser TV set on the shelves too soon, this is just the first step of getting this hardware working, bringing it to market is the next step.