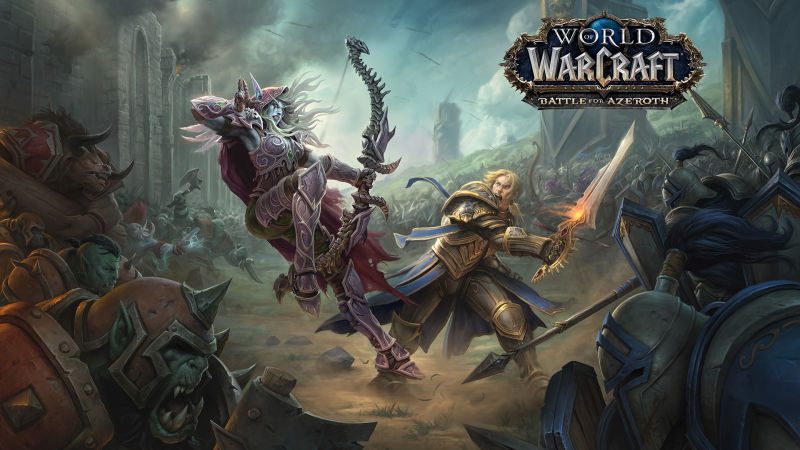 The biggest announcement during Blizzcon 2017 is the latest Battle for Azeroth expansion pack for World of Warcraft. It is the seventh expansion pack for the series and a return to form for Blizzard. Now that the demon invasion has been quelled, it is time for the Alliance and The Horde to continue their conflict once again. As usual, there is a gorgeously epic cinematic trailer to go along with the announcement:

The expansion introduces two new continents where the factions seek out allies. Two fabled kingdoms will be open for exploration. Champions of the horde will travel to the Zandalar empire to persuade the trolls to lend their naval might. Alliance defenders however seek the aid of equally capable seafaring kingdom Kul Tiras, home of Jaina Proudmoore. The expansion allows players to battle to level 120 and Blizzard will also be expanding zone scaling.

The release date is not yet available, but it will be out sometime in 2018. So far, only those in attendance at Blizzcon can try out the Battle of Azeroth expansion before its release. For now, check out the feature overview video below to see what is new in the update.