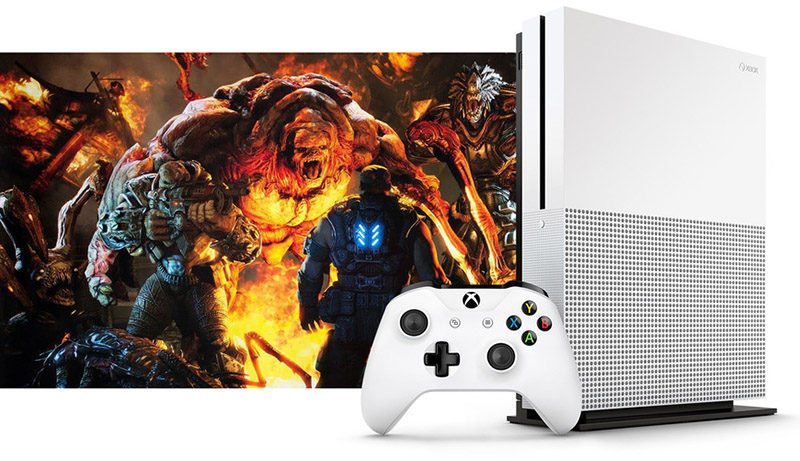 With Microsoft’s E3 press briefing just around the corner, expectations remain very high given recent remarks about this year’s conference being “special”. This spawned a great deal of speculation regarding the introduction of new hardware. Some users believed this refers to the Scorpio console featuring significantly better components than the PlayStation Neo if the original data is to be believed. While this might still come to fruition, it’s looking unlikely since Microsoft is going to display a new slimline console. The Xbox S was originally discovered via a NeoGAF post and even includes a store page describing the new unit.

According to Microsoft’s description, this Xbox is a “sleeker, slimmer, sharper” version which utilises a 2TB hardware and supports 4K Ultra HD video playback. Not only that, the device is 40% smaller than the original model and includes a streamlined controller as well as a vertical stand. On another note, the console is capable of high dynamic range and looks absolutely stunning from the leaked images we’ve seen thus far. Unfortunately, there are no details about the console’s price or other unique features. Thankfully, all will be revealed very soon and it’s really exciting to see new hardware from one of the major console manufacturers.