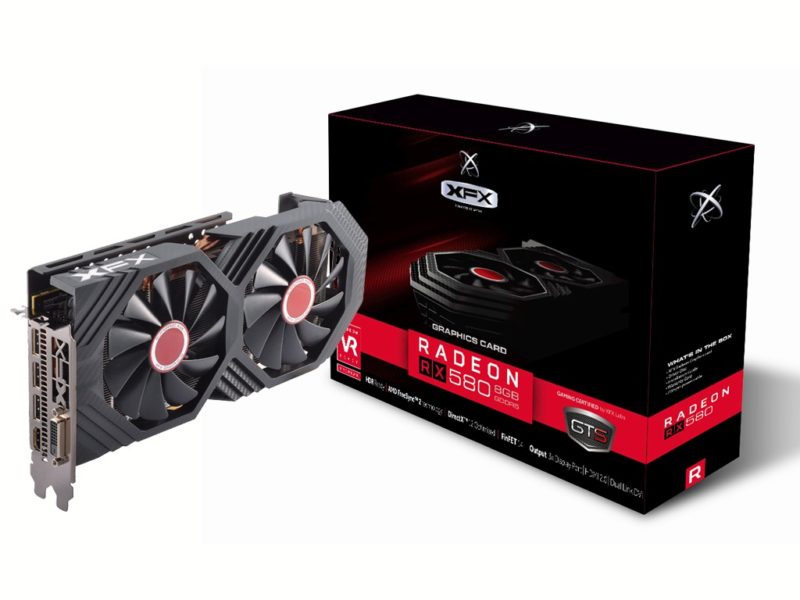 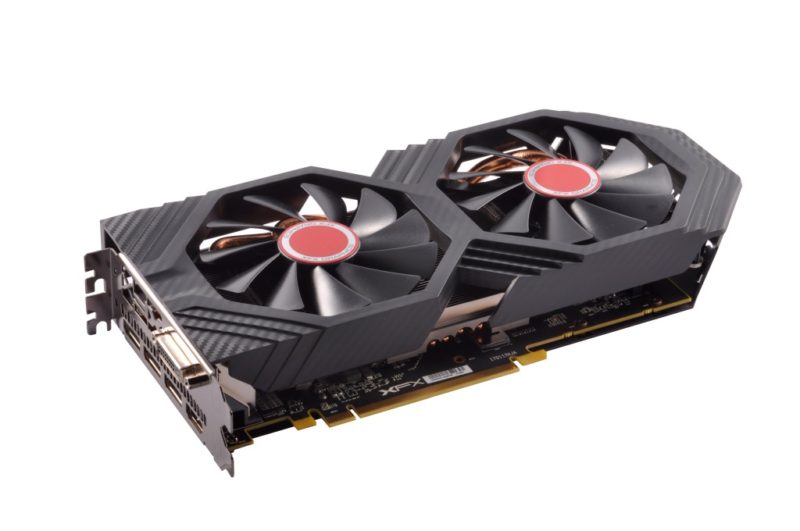 XFX redesigned the shroud for their latest GTS RX 580 video cards, now sporting a double octagonal shape rather than their sleeker 400 series models. It works well to separate the look compared to most other video cards in the market and it also features a matching backplate that extends beyond the PCB length. Four copper heatpipes distribute heat from the GPU core while two fans actively cool it from above. These fans have the ability to turn themselves off when the GPU load is low (such as watching a movie) but can automatically ramp up when in gaming mode. 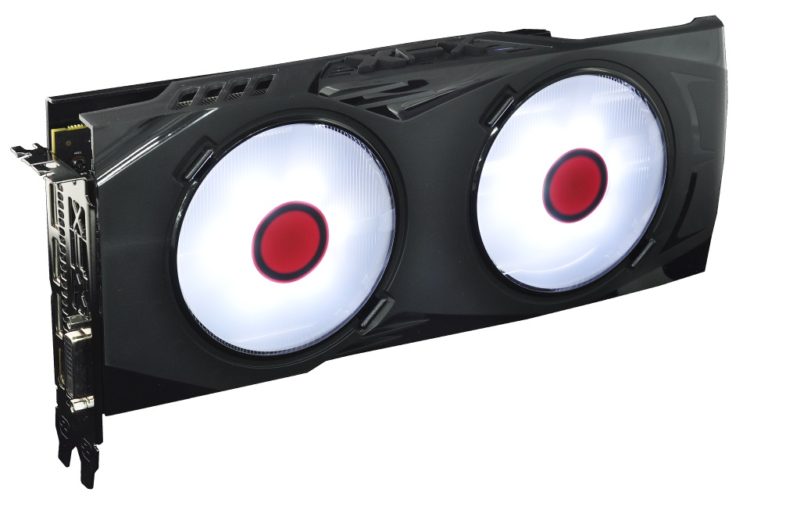 The two hard swap GTR-S Black Edition models have the highest factory overclock out of all five however, with a 1430MHz default core clock and 1450MHz oc+ setting. Users can choose between the red LED or white LED version, although otherwise they share the same feature set including two hard-swappable fans for easy cleaning, replacement or modding as well as matching aluminum backplate. Just like the XFX GTS series, these hard swappable GTR-S models have zeroDB sensing fans that disable themselves during low-loads. 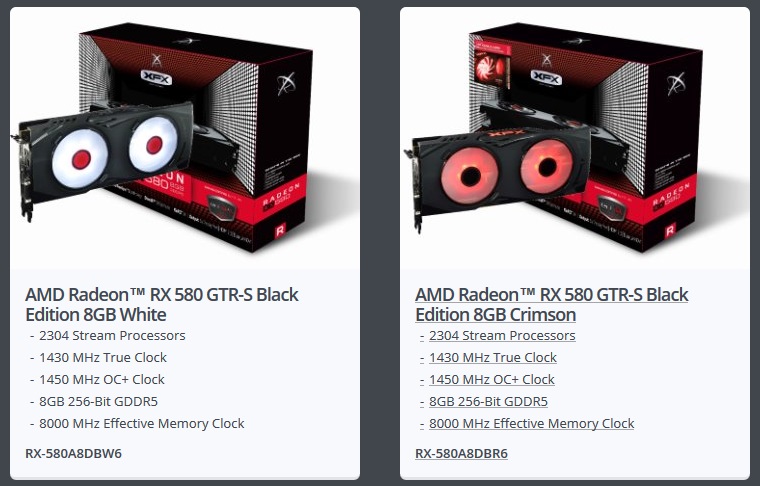