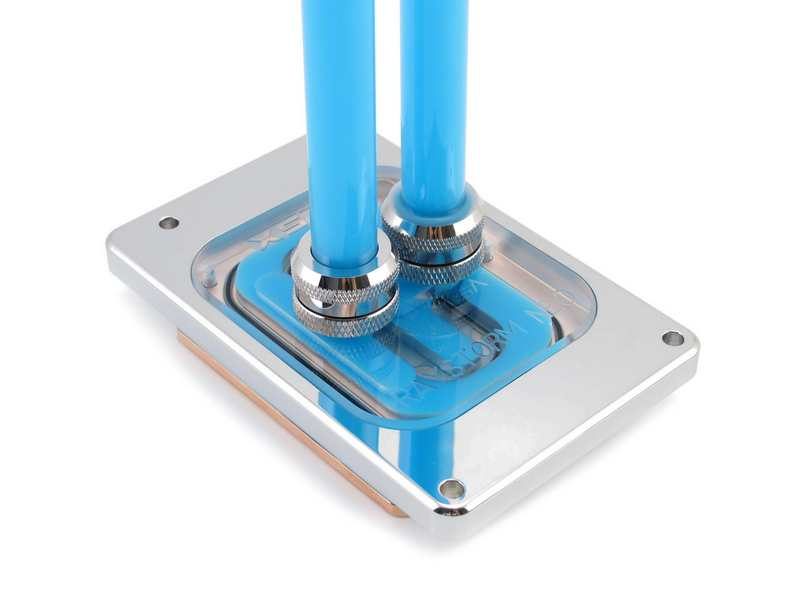 XSPC is announcing that have an AMD Threadripper specific version of their RayStorm Neo water-block coming soon. AMD’s Threadripper CPUs are high-end desktop solutions which require a significantly larger contact surface compared to AM4 CPUs. While some manufacturers offer Threadripper socket mounting support, the contact surface on their coolers do not provide full coverage. XSPC’s RayStorm Neo AMD sTR4 water-block on the other hand is one of the exceptions, providing full coverage coldplate. 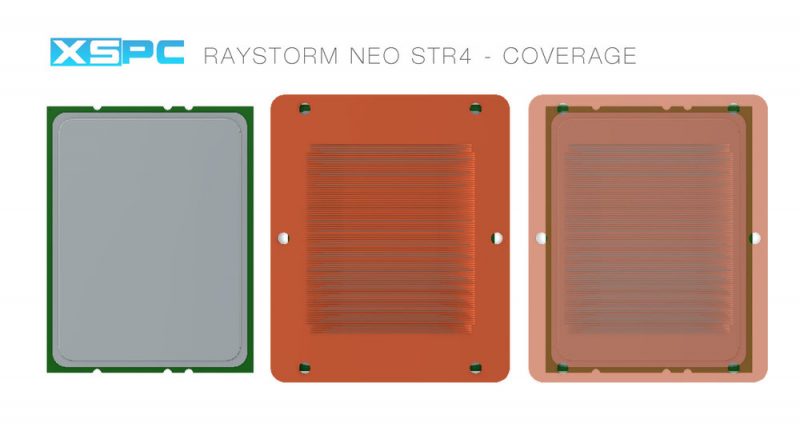 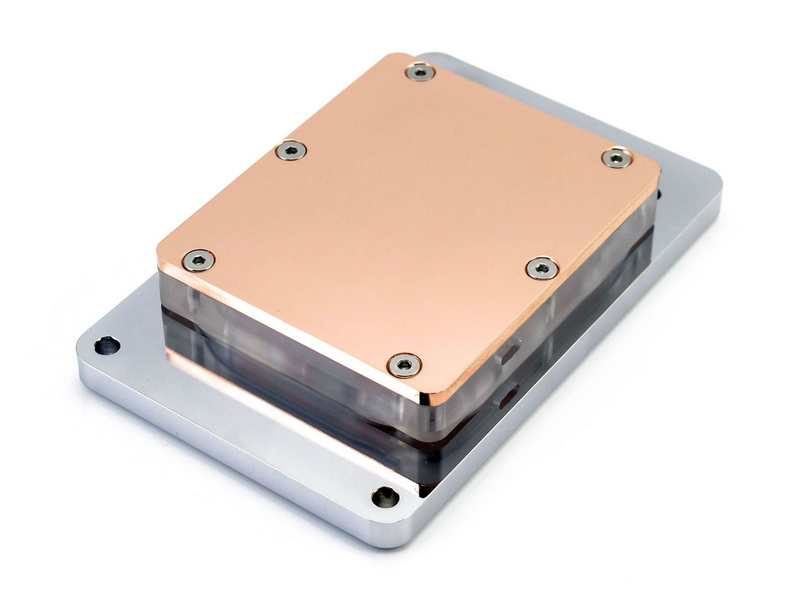 The cold plate is made of full copper and has more microfin flow channels than the standard RayStorm Neo AM4 waterblock. The mounting bracket itself is AMD sTR4 specific and is entirely made of a thick metal plate. This plate is available in chrome or black color. Like the AM4 RayStorm Neo, the middle part on top of the cooling engine is made of thick glass acrylic. This provides a full clear view of the coolant and also lets the built-in LEDs shine through. 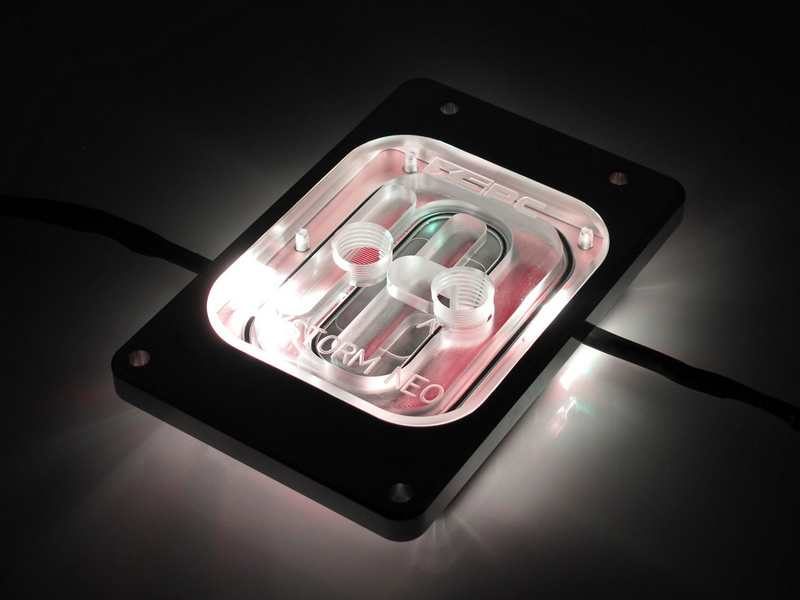 It is not just the mounting kit included with a thermal interface material and mounting screws, but an RGB in-line controller as well. Users can plug this cable in via SATA power and cycle through several color and LED behaviour presets. Those with an RGB LED motherboard can also use the provided extension headers so that the water-block can be controlled via software.

XSPC has not made an official announcement yet regarding the release date or pricing. It should be available before the month ends.