You Can Now Play Doom II on a Rapsberry Pi Painsaw 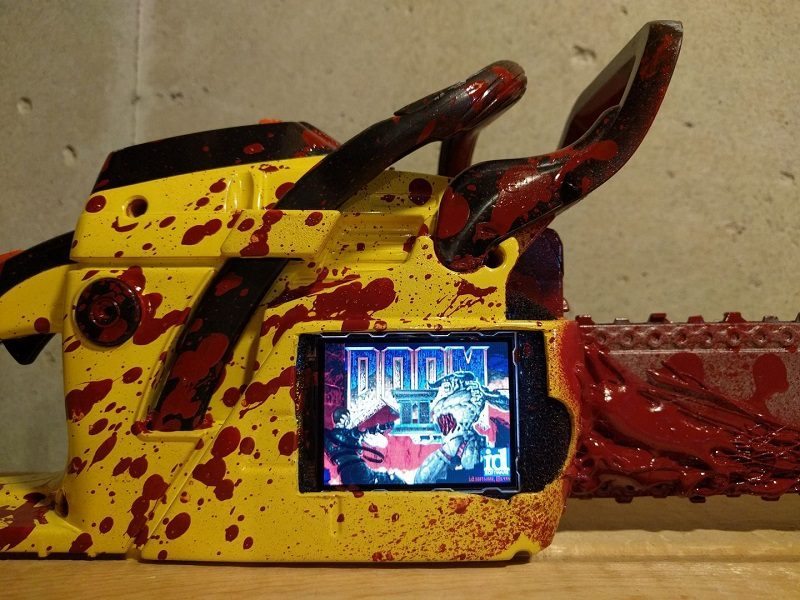 It’s almost impossible to overestimate the significance of Doom and Doom II in video game history as both titles helped to popularise the first-person shooter genre. Doom’s core mechanics still hold up in the modern era and it’s clear where many shooting games draw their inspiration from. Of course, pretty much every device can play Doom and its sequel from the Apple Watch to a potato, but the question remains which is the definitive version? Up to this point, I’ve always considered the notion of playing the original in DOS on a white CRT monitor as the most authentic experience. However, this has all changed due to the unbelievable work of George Merlocco who created a Painsaw with a Raspberry Pi and Echo Junior Chainsaw toy.

Once built, this allows the user to play Doom II using the Chainsaw toy. So how does this all? Luckily enough, Mr Merlocco documented the process which makes for very interesting reading:

“It’s a hack, a modded Echo Junior Chainsaw toy which actually had pretty neat working internals. While I wish I could have kept them, there was a small motor which drove the rubberized chain ‘blade’, and a speaker with (albeit, heavy aliased) sound effects from a gasoline chainsaw that revved up the longer you held the trigger down. The trigger even had a working safety, and I was able to keep that, but it’s not wired up to a button any longer.

The system powers up via a 4400mAh Li-Ion battery upon the flick of the main rocker switch. This effectively enables the Adafruit PowerBoost 1000 Charger which feeds that power to the Raspberry Pi Zero. Connected to the Pi Zero’s 40-pin GPIOheader, is the Adafruit PiTFT 2.2” HAT which is the cutest 320×240 2.2” TFT LCDperfect for a scaled-down, bloody chainsaw.

Within the rest of the gutted chainsaw body there is a 4-port USB Hub which is connected to a USB OTG cable that plugs into the Pi Zero’s Micro USB host port. The ports on the hub are consumed by a USB nano-receiver for the wireless mouse and keyboard, the HDE XBOX360 USB wireless receiver (allows you to use a wireless X360 gamepad), and a USB soundcard which provides full system sound output to a tiny 1” driver that came with the chainsaw (for the original SFX).

The X360 USB receiver is within the body of the chainsaw, but there is a hole near the handle which gives access to the pairing button, so you can use any X360 controller. The Adafruit PowerBoost 1000 Charger is also positioned to allow for charging the battery via its Micro USB port, located the the bottom of the painsaw.

The GNU/Linux system boots up to an LXDE session on top of Rasbian, then autostarts Chocolate Doom with a custom demo PWAD of my rip n’ tear adventure through Doom 2’s E1M1, using only the chainsaw of course!

When the demons have been slayed, and it’s time to shutdown, it would be a big no-no to throw the same rocker switch, since that would be a hard cut of power. Instead, a proper, clean shutdown is triggered via another GPIO button when the replica pull-start on the painsaw is used. Once the Pi’s console claims that it’s safe to power off, then the rocker switch can be thrown and absolutely no power is fed to the system from the large battery.” 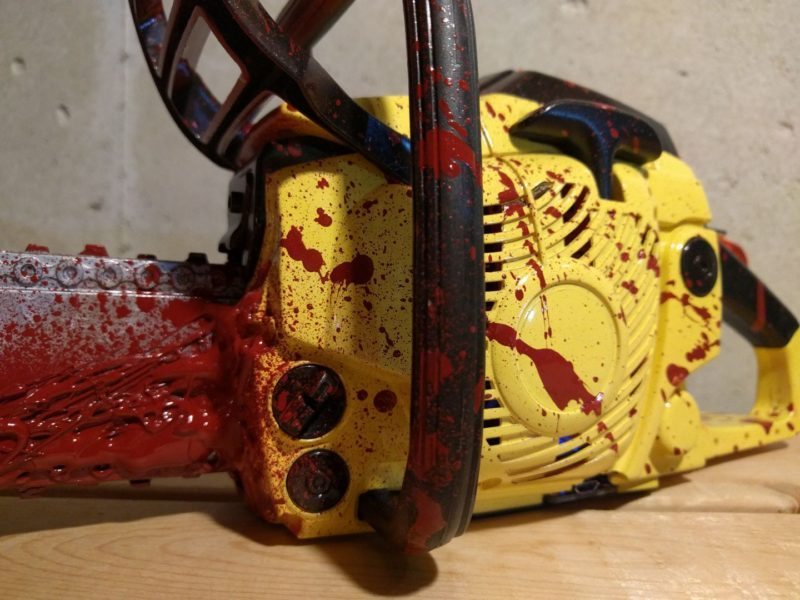 This is such a fitting tribute to Doom and it’s certainly worth checking out the video and reading the full description of the build on Mr Merlocco’s website.