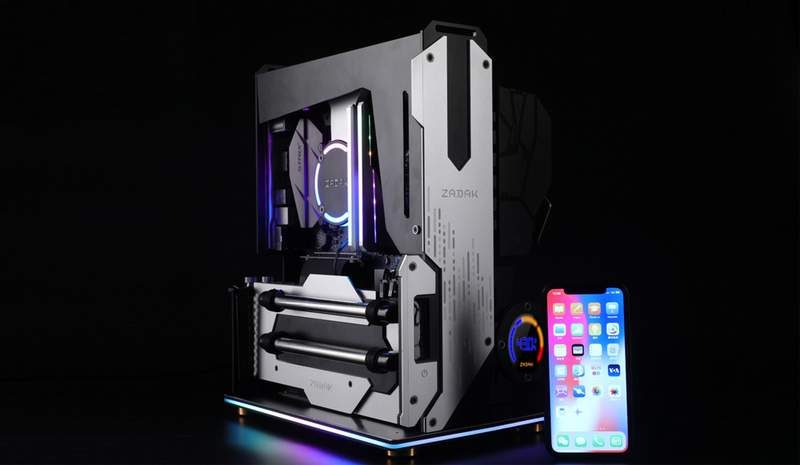 ZADAK Takes Custom PCs to the Next Level

ZADAK might be better known for their computer memory solutions. However they also create custom PCs. Their latest project is called the 2018 MOAB II and it is a cut above the usual pre-built systems. MOAB or “Mother of All Bombs” II is the result of a team effort comprising of modders and designers. Which is why it looks different from typical tower cases. 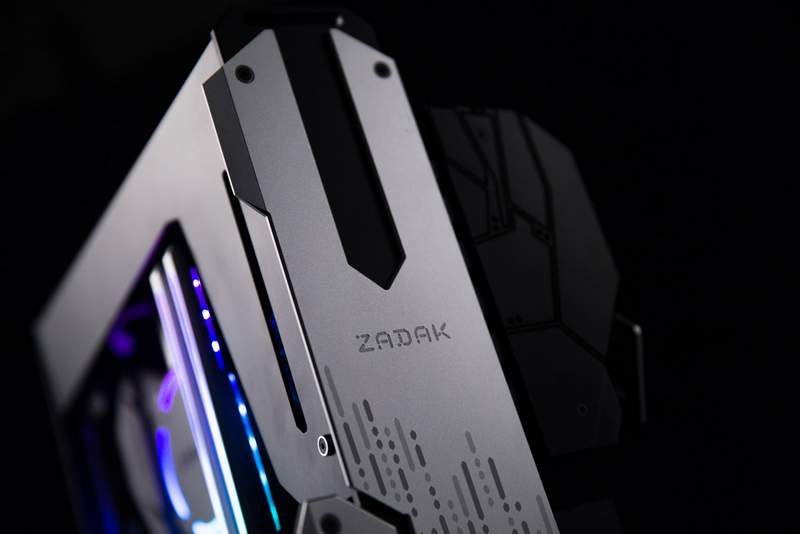 Most notably unique is its patented aluminium water distribution plate. This minimizes the amount of tubings and fittings necessary to hook up each component. In fact there are not much tubing apart from the ones visible on the side.  Furthermore, the use of a custom plate allows the system designer to reduce space internally. Since it is made of aluminium, it acts as a heatsink absorbing the ambient heat and keeps components running cool. 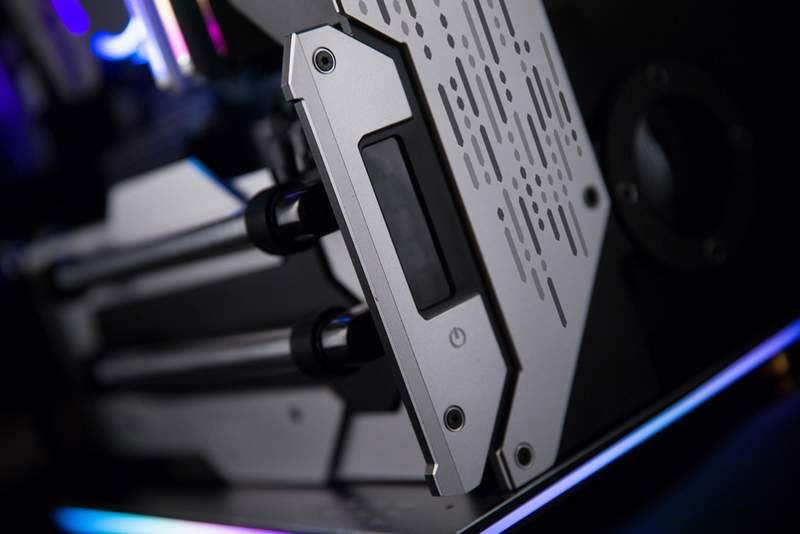 Another innovative design is the use of a capacitive strip to turn the system on and off. Instead of a regular button, this capacitive strip requires a human to touch it to trigger. There is also a built-in display which shows real-time information. This information could be the water temperature, system temperature or voltages.  Furthermore, even the 240mm radiator is custom designed. According to ZADAK, this allows them to lower the temperatures much further than a store-bought unit. 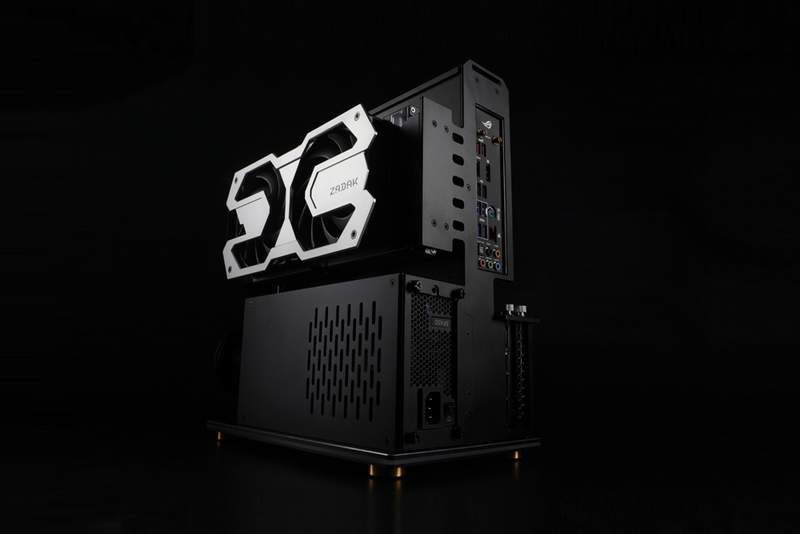 Thanks to a PCIe riser cable, the GTX 1080 graphics card is on a vertical mount. The power supply and the 240mm radiator are both on the left side on a separate compartment each. This radiator has a custom ZADAK cover plate and the PSU has its own container as well. Everything is clean and the cables are not visible. However, accessing the components inside is not difficult.

Does It Have RGB LED?

Of course it does. The CPU block, the ZADAK memory and the base plate have RGB LEDs which can be synchronized. Moreover, ZADAK has a special RGB controller specifically for the MOAB II. 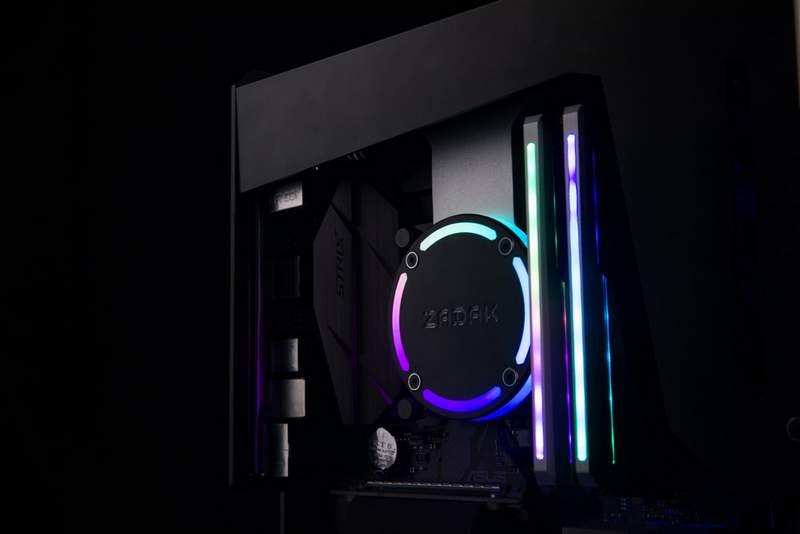 More details are sure to come as Computex 2018 approaches. For more information or to check out ZADAK’s custom PCs, visit their website by following this link.