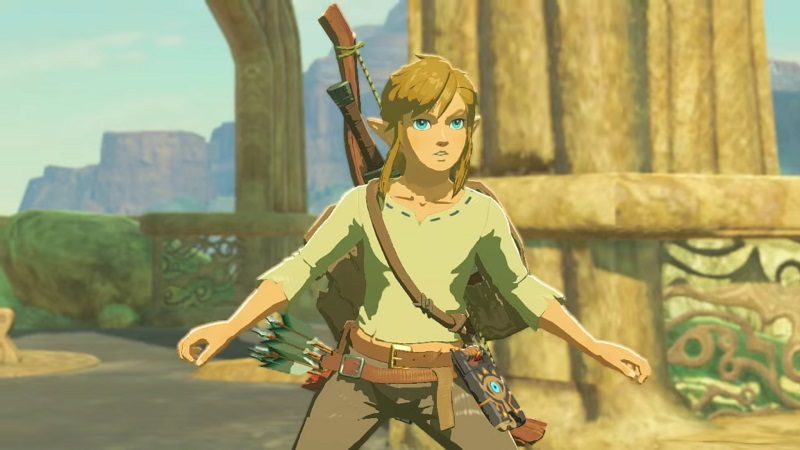 How Do You Get To Hyrule Castle? – Hit A Rock Repeatedly!

Since it’s release, Zelda Breath of the Wild has been a very popular game in terms of speed running. One of the biggest early obstacles was escaping the early game area without falling to your death. Since then though, more and more tricks have been found that makes getting to the end game faster and faster.

In the latest video, a unique approach has been taken to getting to the top of Hyrule Castle. Put simply, it’s by hitting a rock several times. It is, of course, a lot trickier than that.

A Lot Of Skills At Play!

In the video below, the player, known as ‘Zant’, shows that they use various skills within the game to get to the top of Hyrule Castle. This is mostly done by standing on a rock and manipulation of the stasis and bomb ability. After repeating the very coordinated skill set 4 times, they finally have the height necessary to make a parachute glide to the very top of Hyrule Castle.

A building which, incidentally, many thought impossible to access without climbing.

Okay this is one of the craziest things i've done in BotW. I used a slab to do a quadruple launch finished with a super launch all the way to the top of Hyrule Castle.

The fact that this is possible illustrates the power of modern BotW tech. pic.twitter.com/55RO9CGabR

That Must Have Taken More Than A Few Attempts

Zant doesn’t specify how many attempts were required before this achievement was made. It is an important factor in speed running as often a balance has to be struck between the probability of success in the short-cut to the guaranteed fastest estimate. Having watched the video, it looks hard, even by usual speed running standards.

This may, therefore, stand more as a standalone achievement rather than any significant advancement in World Record attempts. It is, still, highly impressive and shows a lot of dedication to a game that many love!

If you want a more in-depth description of what Zant did, he has made a 2nd Twitter post below which goes into great detail! Why not give it a try yourself?…

What do you think? Think you could pull this move off? In addition, are you impressed with their skills? – Let us know in the comments!

Here, I made an explanation of this trick. pic.twitter.com/TGvBK11bMU