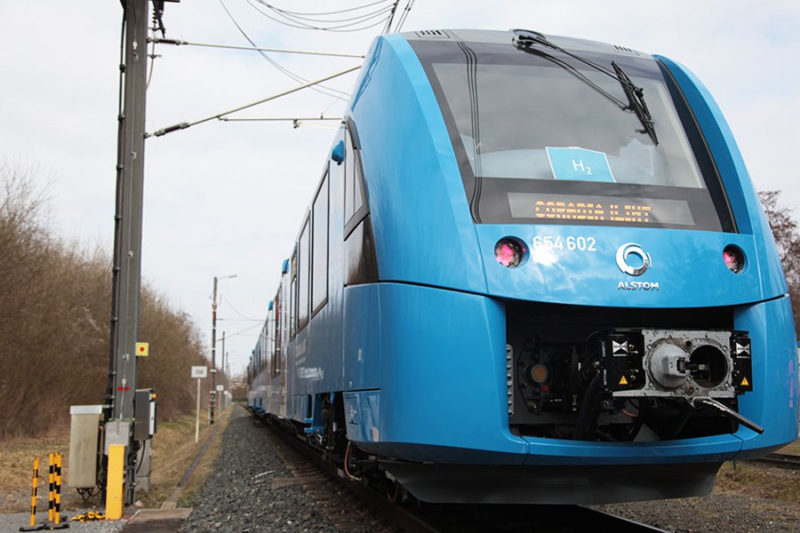 Trains are already a good way of cutting down on road traffic, able to move many people at once and in some cases, they can help reduce pollution too by emitting less than the required number of cars to move the same amount of individuals. However, the latest test in Germany takes that to the next level, powering a train using hydrogen fuel cells, meaning zero emissions!

The test was a big success, and they’re already moving forward with more tests, with the aim of having the train begin commercial operation later this year on the Buxtehude-Bremervörde-Bremerhaven-Cuxhaven line in Lower Saxony, Germany.

It’s great to see so much innovation in the market, with Hyperloop, self-driving cars, electric vehicles, and now more advanced for hydrogen powered vehicles.

#Alstom revealed to the world the first zero-emission and hydrogen powered passenger train. Learn how it works! pic.twitter.com/oaaj4zbLzK

The iLint Train combines its store of hydrogen with oxygen from the atmosphere to generate electricity, and also uses energy recovery systems to top the reserves up even more. By doing so, it can travel at up to 87 MPH, and if it makes more power than required, it can store it in large-scale lithium-ion batteries for later use. Of course, as with all hydrogen powered vehicles, the only byproduct is water or steam and it’s able to operate on unpowered tracks while being virtually silent due to no conventional engines being required.

“This test run is a significant milestone in environmental protection and technical innovation,” said Didier Pfleger, vice president of Alstom in Germany and Austria (via the Telegraph). “With the Coradia iLint and its fuel cell technology, Alstom is the first railway manufacturer to offer a zero-emission alternative for mass transit trains.”