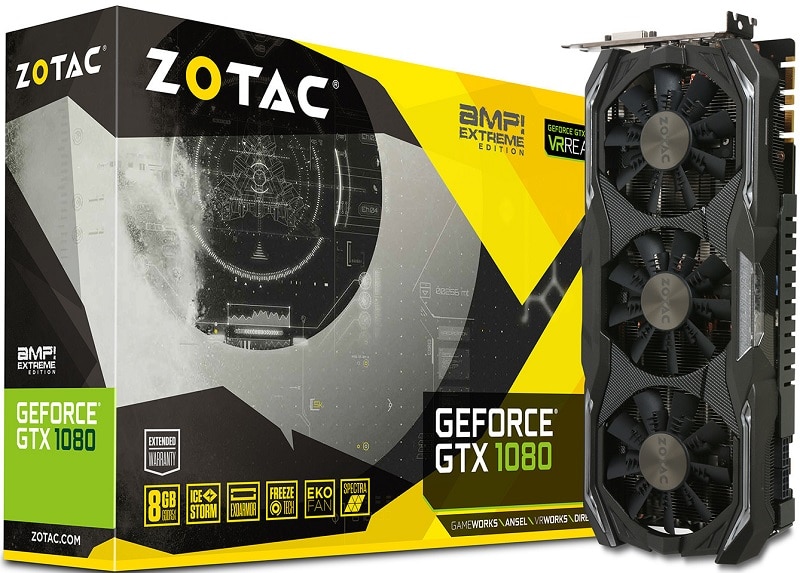 Right after getting our first look at the Zotac GTX 1080 cards yesterday, the company has officially revealed their cards. In addition the reference model Founders Edition, Zotac is also releasing the AMP and AMP Extreme variants of the flagship Nvidia GPU. As expected, the Zotac AMP lineup is as impressive as ever.

Both cards feature the same SPECTRA LED backlighting and a custom backplate and ExoArmor. SPECTRA allows the user to customize their RGB LED lighting to suit their preferences using the ZOTAC FireStorm utility. They also have the FREEZE mode which turns off the fans for 0dB operation during idle. Thankfully, both cards feature 2 x 8pin PCIe power connectors, unlocking the full overclocking capacity of the Nvidia GP104 GPU. 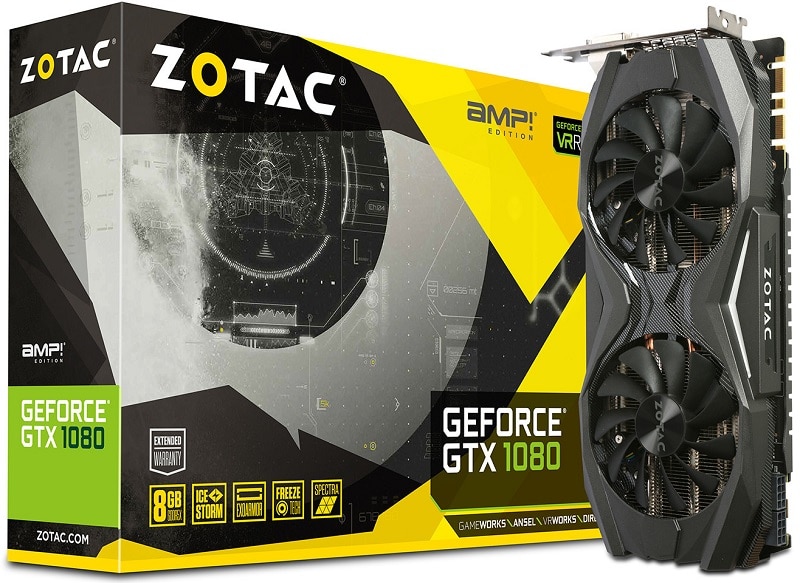 Here, the similarities end. The AMP features a redesigned IceStorm dual fan cooler that fits in 2 slots while the AMP Extreme sports a triple fan IceStorm thermal system with EKO Fans. Those fans boost airflow by 30%. The AMP Extreme is also quite a big longer to accommodate the extra fan and is thicker to boot at nearly 3 slots. No pricing information nor clock speeds have been revealed yet. Hopefully, we’ll hear more about the stunning cards at Computex next week.