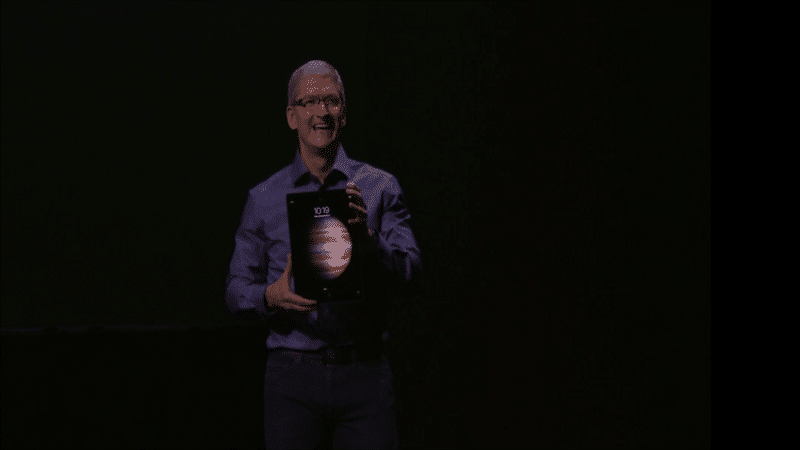 Apple has officially unveiled “the fastest tablet we’ve ever made” which utilizes a new A9X 64-bit chip offering 1.8 times the desktop performance of its predecessor. Not only that, the device is faster than 90% of portable PCs (Although I’d take that claim with a pinch of salt) and contains 10 hours of battery life. Additionally, there are 4 high-quality speakers to create stunning audio quality in such a thin, and portable form-factor. Apple describes the Smart Keyboard as “unlike any keyboard you’ve used before” and is great for typists.

Although, I’m not entirely convinced by that statement as a mechanical keyboard user over the past 10 years. The iPad Pro’s width is identical to the iPad Air’s height. Moving onto the revival of the stylus, Apple has announced the Apple Pencil to help artists and content creators make extremely detailed pieces. Unbelievably, Microsoft came out to demo the Apple Pencil and received a less-than-inviting reception. Times have changed and Microsoft appeared to demonstrate productivity using Microsoft Office on touch devices like the iPad Pro.

Eric Snowdon from Adobe also announced software exclusive to the iPad featuring facial detection and retouching built around the Apple Pencil. Another demonstration showed the educational benefits and helping patients to better understand their own anatomy.

Finally, Apple outlined the iPad Pro’s full specification and size. As you can see, the device is remarkably large at 12.9 inches which includes 802.11ac with MIMO and an 8MP iSight camera. In terms of pricing, the base model costs $799 as we expected, and the keyboard has a retail price of $170. Also, the Apple Pencil will cost $99. The iPad Pro will become available from Apple in November.

Apple also unveiled a new smart connector meaning you no longer have to use Bluetooth. However, this does result in expensive, proprietary connections. 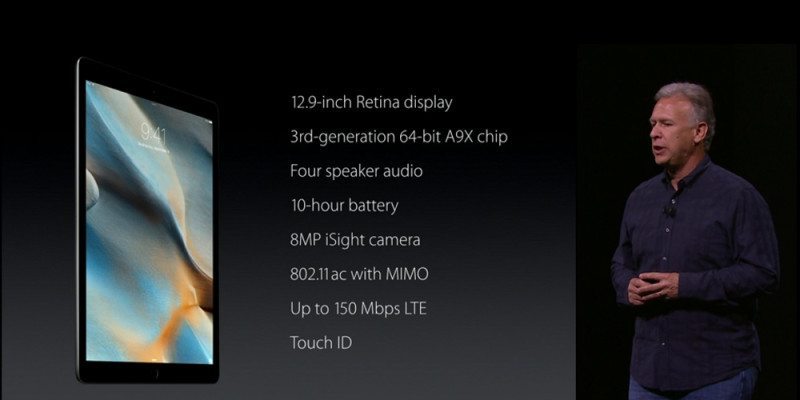