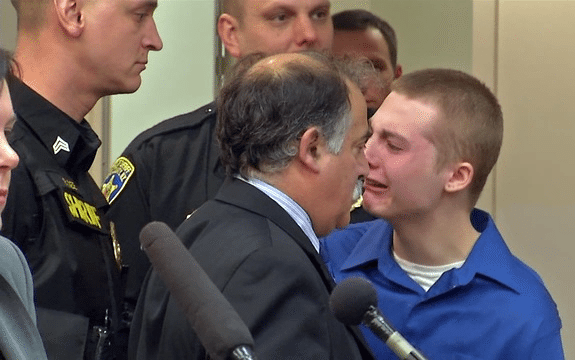 Update: Turns out this story was a hoax, the following article should be seen as satire at best.

Recently we brought you news of someone being hit with a stupid and incredibly dangerous prank known as “swatting”, the act of calling the real SWAT police on another gamer. Today we have the results of what happens to people who think doing something like this “is a good idea”.

15 year old Paul Horner broke down in tears in front of a judge after he was found guilty on two counts of domestic terrorism, which even at the age of 15 has landed him with a staggering 25 years to life sentence, ouch! This makes Horner the first person in history to be charged on offences for swatting and given that this is a worrying and growing trend, he is likely being made into an example to prevent this prank from happening again.

It’s a waste of valuable police resources and it puts peoples lives at risk. Horner was upset that a follow Battlefield 4 gamer was beating him, so he obtained his private information and called police on a reported murder and hostage situation at the gamers address. When SWAT raided the house things went to hell, the gamer father was shot and critically injured in the process.

Prosecutors played audio of Horner’s 911 phone call to the jury: “I just shot and killed four people. If any police enter my home I will kill them too,” the statement read in part.

In short, Horner has got a lot of time to think about what he has done.

Thank you Nationalreport for providing us with this information.