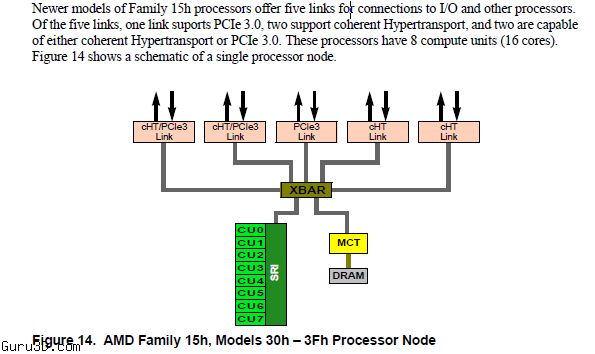 There are reports that a document published by AMD reveals some new information on their upcoming CPUs. It seems that AMD is working on a new 16-core processor, and that is a true 16 cores, thus not a an 12 CPU cores and 4 GPU cores combo or anything. And no it is not the existing AMD Opteron 6200 Series either. This is something new. Obviously such a processor would see a launch in the server segment first hence we think the processor will be a Opteron. The developer documents list the 16-Core CPU under the Family 15h Models 30h – 3fh.

This 16-core processor is said to have a full Uncore, which is a terminology for the functions of a microprocessor that are not in the Core like QPI controllers, L3 cache, on-die memory controller and so on. The PCI Express and SPI are typically merged into the chipset, not the Uncore. 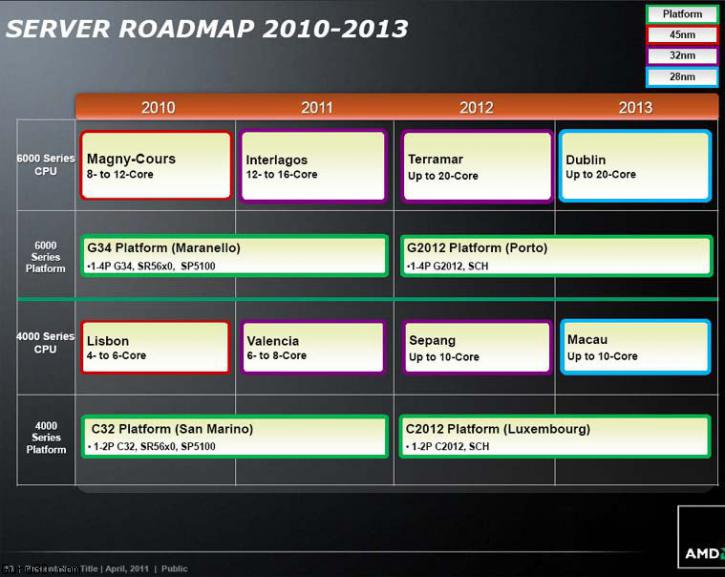 Official information is not yet currently available on what technology or the family of the CPU cores are architected on, but the Family 15h Models 30h – 3fh indicate Steamroller CPU cores as previously released in AMD’s Kaveri APUs.