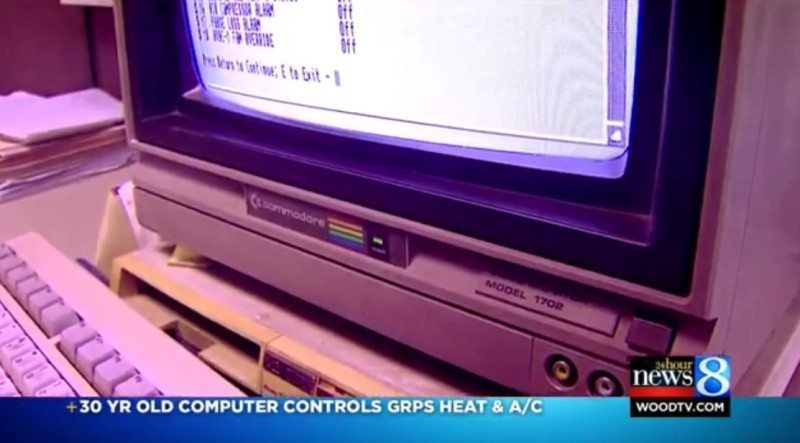 I’ve heard the phrase “they don’t make them like they used to” before, but this is still pretty damn impressive. A computer that’s as old as I am is still working day and night to control the heating and AC systems at 19 Grand Rapids Public Schools in the US. The Commodore Amiga was installed there in the early 1980s, where it was no doubt hailed as innovative, given that it replaced a much older computer system that was the size of a refrigerator.

The system has a fairly simple task of turning on heat and air conditioners for 19 school buildings, but it has been doing this around the clock since its installation. In that time, it has had two new monitors and a new mouse, but that’s all! I couldn’t imagine even half the stuff currently inside my desktop system would still be working after that amount of time, could you?

Amazingly, the system was programmed by one of the schools students when it was installed. Since he still lives in the area, the district calls him out whenever they have an issue with the system, no doubt because he’s one of the few still around that remembers how to operate the decades-old system.

“It’s a very unique product. It operates on a 1200-bit modem,” said Hopkins. “How it runs, the software that it’s running, is unique to Commodore.” explained Hopkins.

The system may still be working, but it’s time is almost up as voters passed a $175 million bond proposal last November and the Amiga is on the list for one of the items that needs replacing. The system that will replace it is likely to cost $1.5 and 2 million.

Thank you woodtv for providing us with this information.