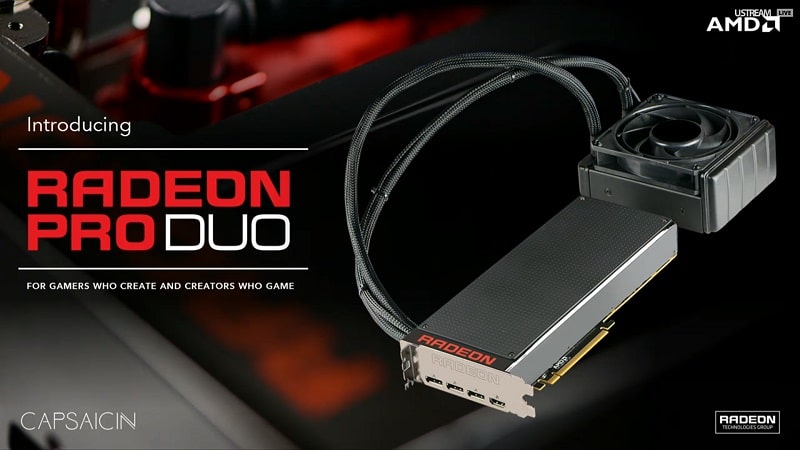 Being the fastest single-card graphics card to date, we all know that AMD’s new Radeon Pro Duo is fast. Just how fast though is the dual-Fiji giant we don’t yet know though the 16TFOPs number and similar performance to 2 FuryX’s do give a rough estimate. To shed some light on the card, we do have some internal benchmarks of 3DMark AMD has run with their latest and great graphics card.

According to AMD, the Radeon Pro Duo is undoubtedly the fastest card, at least according to 3dMark Firestrike. At Standard (1080p), the Pro Duo manages to have 134% of the Titan Z’s performance, a card that Nvidia priced at $2999 at launch. The lead only grows at Extreme and Ultra with 148% and 152% respectively. 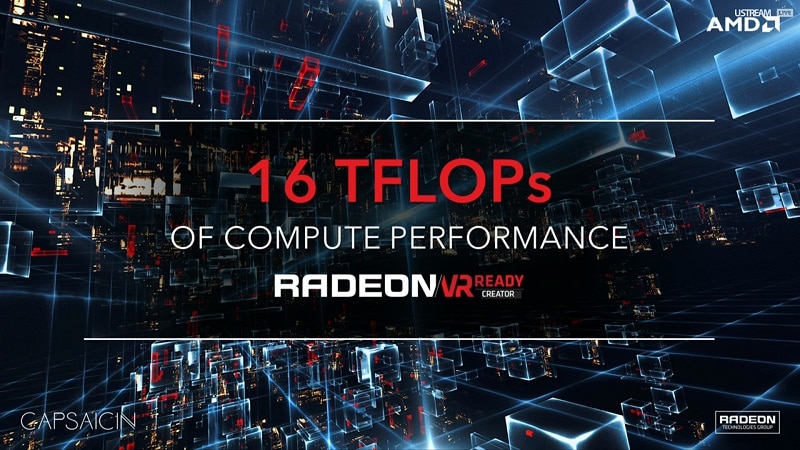 Against the R9 295X2, the Pro Duo still manages a decent lead, with about a decent 120% lead across all settings. While lower than the 140% you might expect from a pure hardware standpoint, the 4GB of HBM1 and the limits of GCN do play a role. It does mean there won’t be any surprises fo users running 2 Fury or FuryX’s in CFX as they won’t have anything to worry about. The biggest question is if the card is worth the premium over running your own CFX solution, a question many dual-GPUs cards have faced.