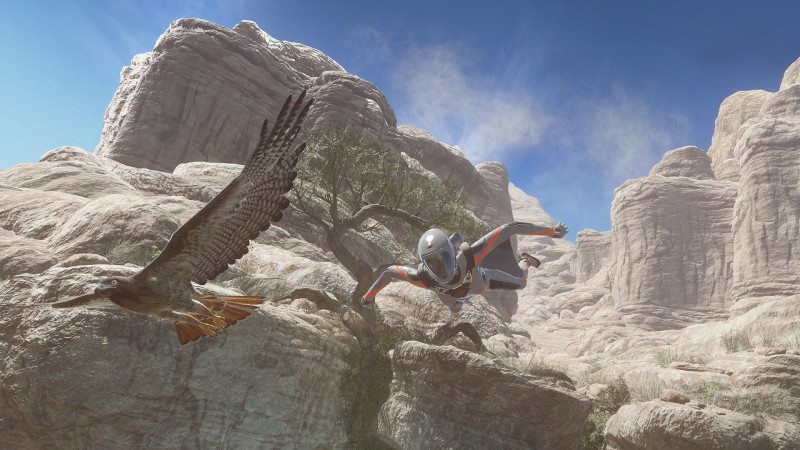 Futuremark’s 3DMark benchmarking suite is one of the biggest benchmarking suites that is out on the market for the testing and comparative positioning of gaming systems and as the outer reaches of performance grow on a near day-to-day basis, the benchmark tests that we run have to mature as well. To keep up with the growing demand of the consumer markets, Futuremark are introducing a new test environment in to their ever popular 3DMark suite. Set to be positioned between the Cloud Gate and Fire Strike scenarios for typical home setups and high performance gaming systems, Sky Diver focuses on the mid-range market, where gaming notebooks and average gaming systems cross paths, both in terms of cost and specification.

Scheduled for release after Computex, where the new test environment will be on display on a number of manufacturer’s stands including Asus, Gigabyte and G.Skill, Sky Diver will be introduced into the 3DMark test suite by means of a software update, meaning there is no need to purchase and download new bits of software.

Jukka Makinen, Futuremark CEO said, “Some people think that 3DMark is only for high-end hardware and extreme overclocking. Yet millions of PC gamers rely on 3DMark to choose systems that best balance performance, efficiency and affordability. 3DMark Sky Diver complements our other tests by providing the ideal benchmark for gaming laptops and mainstream PCs.”

As and when the 3DMark update is made available, we will be introducing the additional test scenario into our review methodology, giving the most update benchmark results that we can. If you don’t already have the 3DMark test suite, head over to http://www.futuremark.com/benchmarks/3dmark , where you can find more information along with links to Futuremark’s other benchmarking suites.