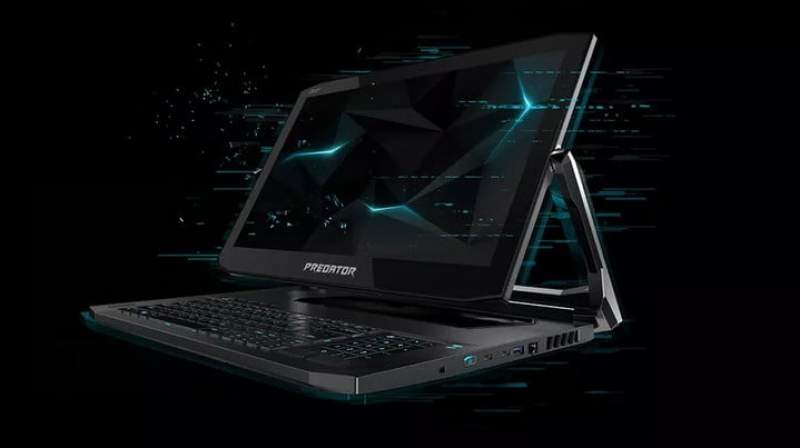 One of the latest things shown in person at IFA 2018 recently, is a unique new Predator laptop with a 4K UHD G-SYNC reversible screen. This is the Triton 900 gaming laptop, featuring a metal hinge for the adjustable display.

The idea is not exactly so that users can use it as a tablet, like with a regular 2-in-1 convertible. Instead, it gives users much flexibility with how to look at the screen. After all, gaming laptops for for gamers on-the-go. So having the best angle for view is necessary.

Also, unlike other Predator laptops, the screen can sit much closer to the keyboard if the user wants to. This hinge is also CNC milled and not made from plastic. So it is a lot more durable and resistant to being moved all the time.

The unit appears to be an early prototype for now since Acer did not reveal actual hardware specifications yet. They did not even write an official press release for it unlike other hardware they announced at IFA 2018.

What is known though is that it has a full backlit mechanical keyboard layout, and a trackpad that doubles as a numpad. It will also make use of Acer’s latest generation Aero Blade 3D cooling technology. So it is safe to assume that users can expect high-end gaming laptop CPUs and GPUs will be used inside.

When is the Acer Triton 900 Coming Out?

Acer did not reveal any release dates or pricing information yet.