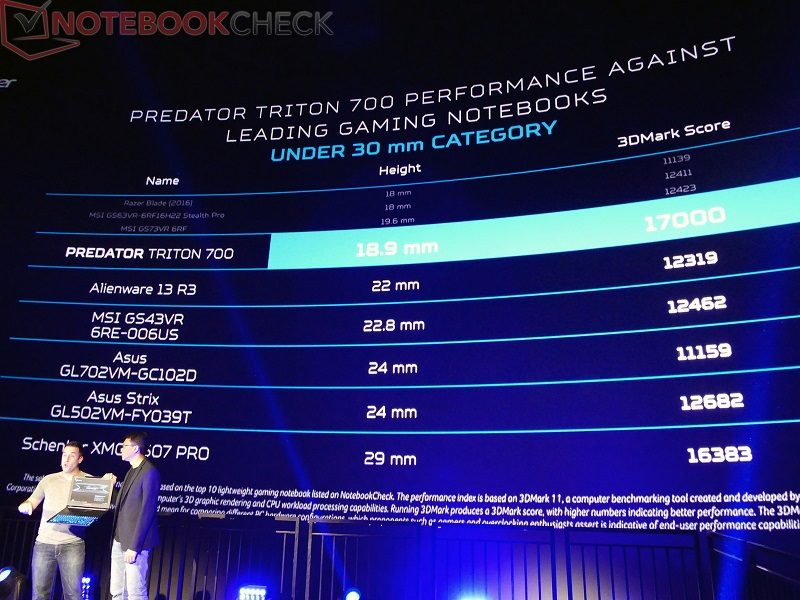 Acer’s Predator Triton 700 gaming laptop was unveiled a few days ago at Acer’s New York launch event, but more details have emerged since then regarding the performance of the GPU inside the new gaming laptop. The Triton 700 is a slim gaming notebook that only weighs 2.6 kilograms and is just 18.9mm tall, pitting it directly by Acer against other under-20mm gaming notebooks in the market such as Razer’s Blade and MSI’s Stealth Pro gaming laptops which are 18mm tall. During the New York event, Acer showed a slide with a 3DMark 11 benchmark performance preset score comparing the laptops, demonstrating the Predator Triton 700’s gaming capability to be superior of its contemporaries. 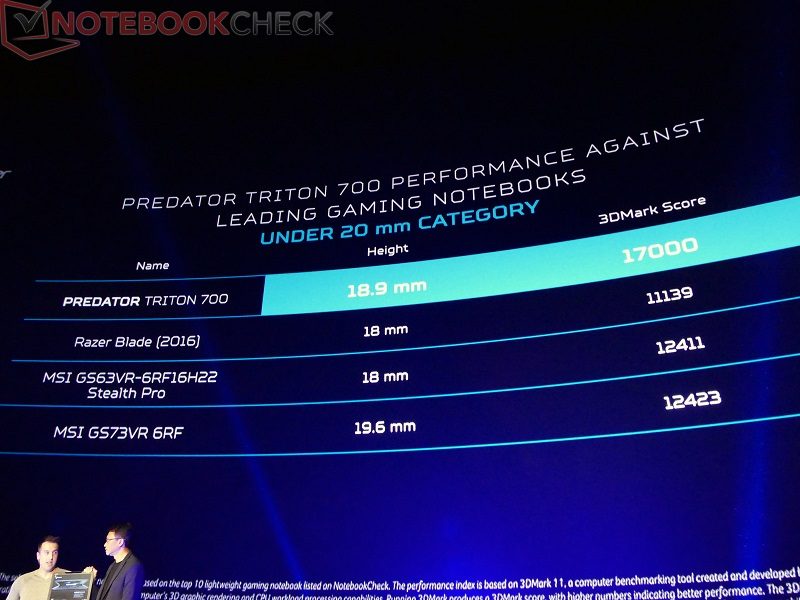 These benchmarks were not done in-house by Acer but were actually pulled from Notebookcheck.net who initially noticed the performance of the new GPU. In the slides, the Predator Triton 700’s GTX 1080 “Max-Q” GPU  showed a 3DMark score of 17000 while the Razer Blade (2016 model) only scored 11139 with its GTX 970M and the MSI GS73VR 6RF only scored 12423 with its GTX 1060 GPU. Interestingly, the Predator Triton 700 was not compared to the Razer Blade Pro which is the new model sporting a GeForce GTX 1080 GPU. It is still somewhat understandable considering the Blade Pro weighs 3.5 kilograms and is 23mm tall. Notebookcheck.net wanted to find out how this new GTX 1080 Max-Q GPU stacks up to the rest of the GeForce laptop lineup however so they have compared the 3DMark 11 performance score on an Intel 7700HQ processor:

In terms of performance, it appears that the GTX 1080 Max-Q is situated to perform just a bit higher than the existing GeForce GTX 1070 and is most likely designed to run as a much lower power version for notebooks. According to Notebookcheck, they expect NVIDIA will be announcing a new GPU for Notebooks at Computex so this new GTX 1080 Max-Q is the most likely candidate. In terms of power efficiency, the Max-Q version supposedly drops the TDP of the regular GTX 1080 for laptops from 165W to only around 110W. There is also an expected GTX 1070 Max-Q that supposedly drops the TDP from 120W to only around 90W. 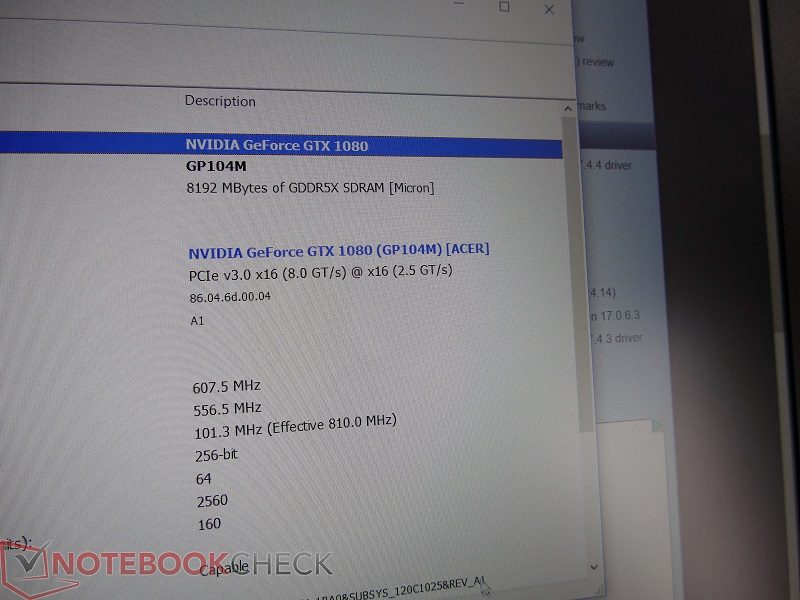 A view of the driver information reveals that it is running GDDR5X memory as well but the designation is GP104M. The Core clock also ran at 1290MHz compared to 1,556 Mhz with the GTX 1080 used on the Razer Blade Pro. In terms of pricing, the Acer Triton 700 is the advantage over the latest Razer offering however, at only $2999 USD compared to $3,699 USD with the Blade Pro.