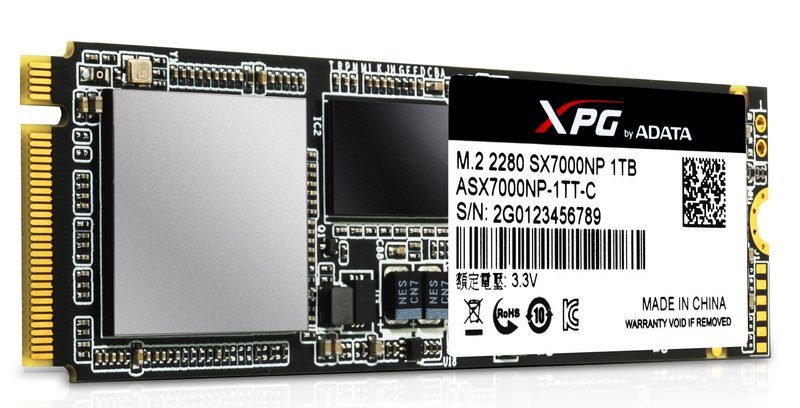 ADATA launches a new NVMe drive called the XPG SX7000 and it is a more budget friendly drive than the recently released XPG SX8000. Where the SX8000 uses 3D MLC NAND, the new SX7000 is built with 3D TLC NAND flash instead.

The use of 3D NAND allows for great capacity options and it is no different for this series. The new SX7000 drive will be available as 128GB, 256G, 512GB, and 1TB models. The drive meets the NVMe 1.2 specifications and uses a PCI-Express 3.0 x4 interface for the connection. The standard 2280 form factor will also make the drive highly compatible with both portable and stationary systems.

M.2 SSDs not only exceed SATA drives in performance, they are also more power efficient. That’s particularly useful for notebook owners as a reduced power consumption means more battery time. The 3D NAND ADATA uses on the SX7000 also helps in that regard, making it a great choice for first time NVMe adopters. The SX7000 has a strictly-verified and stress-tested MTBF (mean time between failures) figure of 2 million hours, 25% more than most 2D NAND drives.