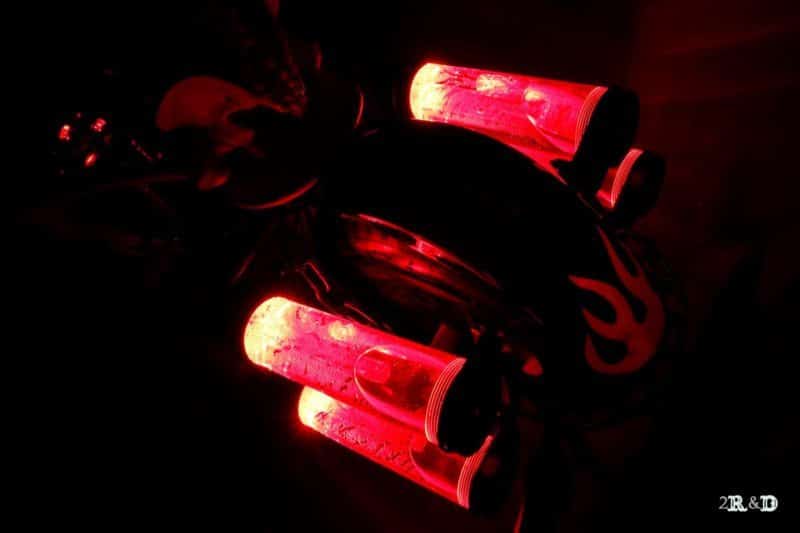 Alphacool is a water cooling specialist and produces a huge range of innovative solutions including radiators, pumps, tubing, CPU blocks and much more. This premium selection of components helps users aiming for an attractive custom loop to construct a truly stunning build. In recent months, manufacturers have focused on adding RGB illumination to almost every gaming product on the market. This has proved to be rather popular because it means you can customise your build and create a more distinctive appearance. As a result, Alphacool has decided to capture this new trend and launch a product which showcases the beauty of water cooling reservoirs.

The Alphacool Aurora LED Ring is a really simple way to illuminate a reservoir in a wide variety of colours. The options include red, blue, green, white and UV. The UV model compliments UV active fluids which glow in a vibrant manner. You can choose between 50mm and 60mm sizes which match the reservoir’s diameter. On another note, the 50mm version incorporates 18 LEDs while the 60mm edition has 24 LEDs. This large number of LEDs creates a really spectacular appearance and it’s possible to add two to a reservoir. 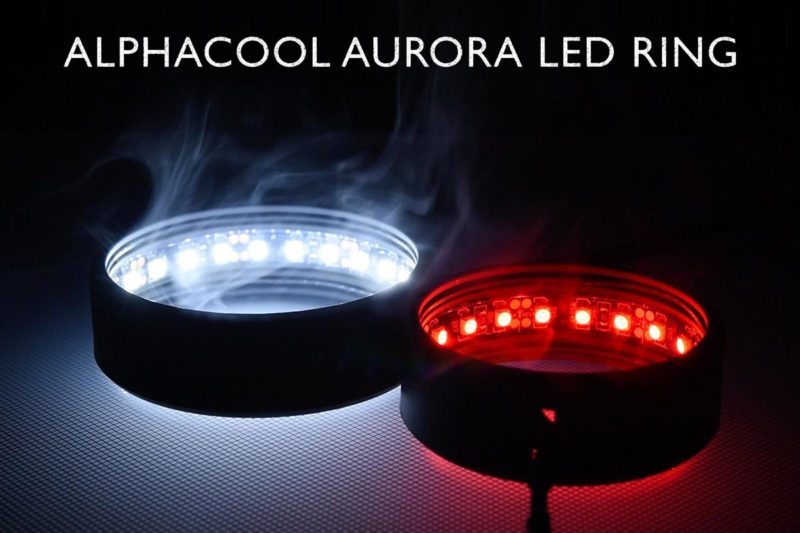 Installation is really simple and doesn’t require the use of any tools. All you have to do is place the Aurora LED Ring over the reservoir which stays in position using two rubber rings. The LEDs are powered via a 3-pin Molex connector. This is a superb idea and I can see it being really popular among water cooling enthusiasts. It’s a shame there’s no RGB illumination, but it’s not a big deal since most people will choose one solid colour which matches their custom loop.