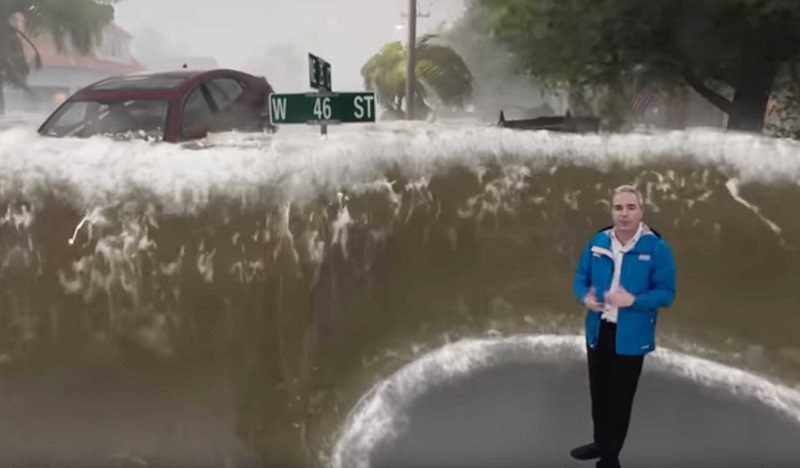 You may have seen in the news that a major hurricane is on the way to America. Its progress has been tracked for several days and is expected to hit the mainland within the next 24 hours. As such, people in America are clearly paying a lot of attention to the weather to see if they will be affected and how badly.

Following the release of a weather report, The Weather Channel has showcased a rather impressive (if mildly disturbing) video graphic showing how high the water levels could potentially rise.

Hurricanes are pretty terrifying. I know this from first-hand experience. When travelling through America many years ago, we were in Louisiana heading towards Texas. We were aware that a hurricane was in the area, however, it wasn’t expected to travel so far inland. Following a shift in its path though, it came in our general direction. Our car was subjected to some of the heaviest rain I have ever seen. Many cars had to stop as the wipers could not run quickly enough to keep up with it. Suffice to say we got out of the way before it really hit, but still, the power and devastation of a hurricane are not to be underestimated!

In fairness, America, particularly in its news, has always had a flair for drama. The video above though does give some weight to that factor. I’m no expert, but I’d be very surprised if water levels did get as high as their ‘worst case’ projections suggested. Either way though, for any of our fans in America reading this, stay safe out there!