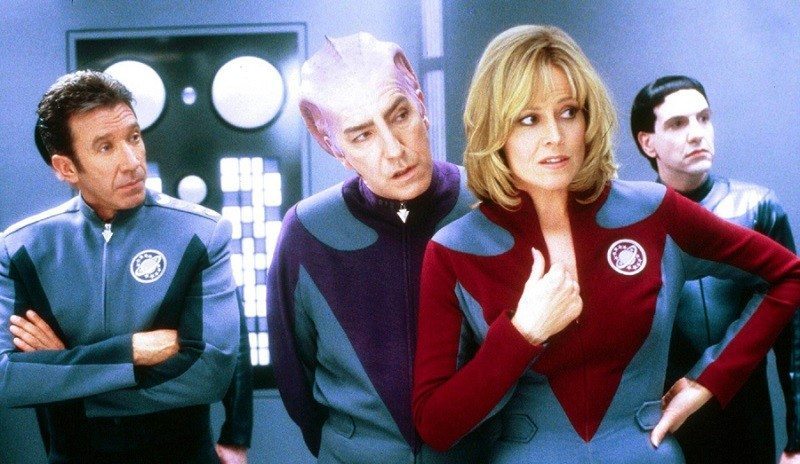 Galaxy Quest, a comedic science-fiction film with a cult following is about to be revived by Amazon Studios according to Entertainment Weekly. Paramount Studios pitched the concept to a number of prospective buyers to determine if a series adaptation could be made. Galaxy Quest’s plot is based upon a cheesy yet endearing parody of iconic science-fiction shows such as Star Trek.

It’s uncertain if the original cast will reprise their roles, but the original director Dean Parisot, co-writer Robert Gordon and executive producers Mark Johnson and Melissa Bernstein have confirmed their involvement in the project. Hopefully, this is the start of a revival in cult TV programmes which provide a huge amount of nostalgia memories. Amazon has already flexed its muscles when it comes to spending huge amounts of money to produce exclusive content. The Top Gear scoop supposedly cost an extraordinary £250 million while the BBC reported the show’s worth at £50 million per year.

Amazon Instant Video, in the UK, currently costs £79 as part of a Prime membership. It will be fascinating to see other programmes Amazon invests in to try to establish a line-up worthy of competing with Netflix. Currently, the selection of shows is fairly disappointing.

Are there any cult TV shows you would love to see return?

Thank you Entertainment Weekly for providing us with this information.