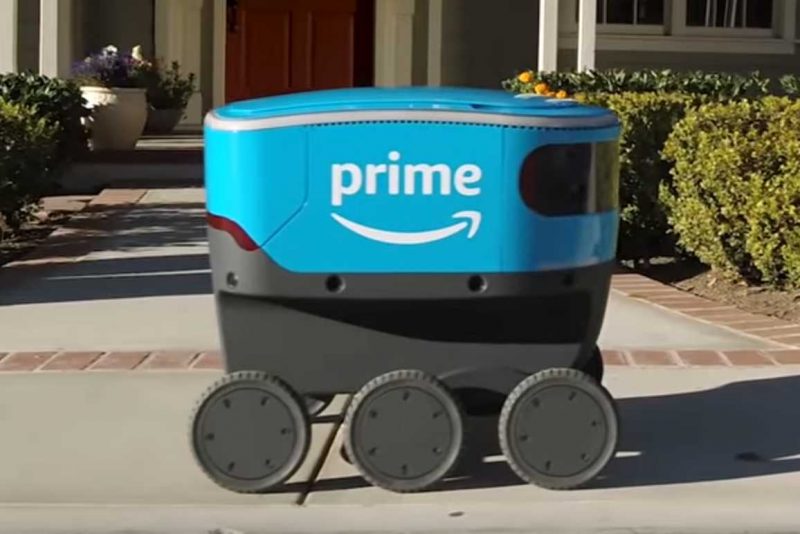 Over the last 5 years, Amazon has been very keen to push forward their plans to introduce an autonomous form of delivery. We have seen many overtures from them giving drone technology, for example, a very serious consideration for getting packages from A to B. The release of a new video, however, has revealed a brand new concept for the company.

The ‘Scout’ is currently being tested as a means of package delivery and, if successful, could be rolled out on a much larger scale.

The Scout is currently being trialled within a single area of Snohomish County in Washington (America). The six devices have been set up to specifically deliver any packages to homes and via smart technology, informs the occupant as to precisely when it shall arrive. Travelling at around a walking pace, the robot isn’t exactly lightning quick. It does, however, present the latest attempt by Amazon to introduce an autonomous form of delivery.

The robots will operate during daylight hours between Monday and Friday. Additionally, at least for the initial period, a human chaperone will follow them around. Presumably to take notes and attempt to correct any faux pas that the robots might make.

Reduced costs and improvements in AI/sensor technology has really started to make this form of ‘robot delivery’ seem far more viable and in videos such as this, the reality seems at least one step closer!

What do you think? Are you impressed with the design? Do you think Amazon will roll this out if successful? In addition, what problems do you think they might face? – Let us know in the comments!