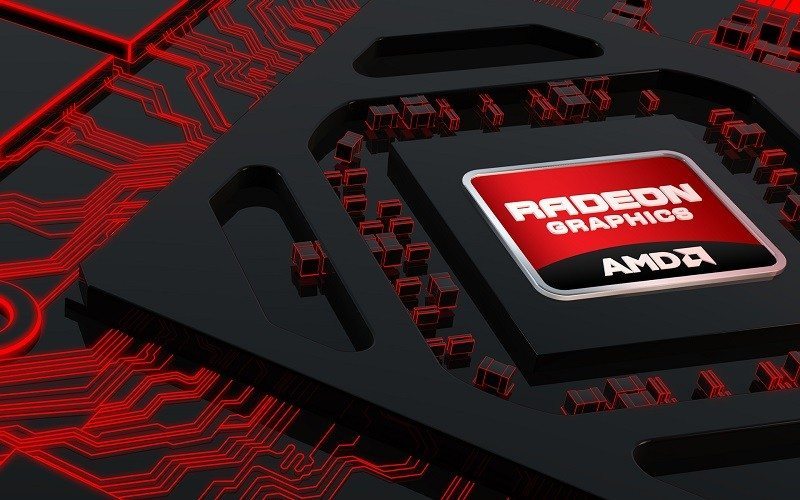 With the launch of AMD’s Radeon 300 series GPU imminent, some pricing and specification details have leaked out. Sweclockers was able to find a leak detailing the pricing for a large number of 300 series GPU. Somewhat unexpectedly, the prices quoted by Sweclockers are a bit higher than the prices the original chips launched at. However, once we take away the VAT which is 25% in Sweden, the prices are much more reasonable, especially once you consider the current street price. The table below is after conversion from SEK to USD and with VAT subtracted. 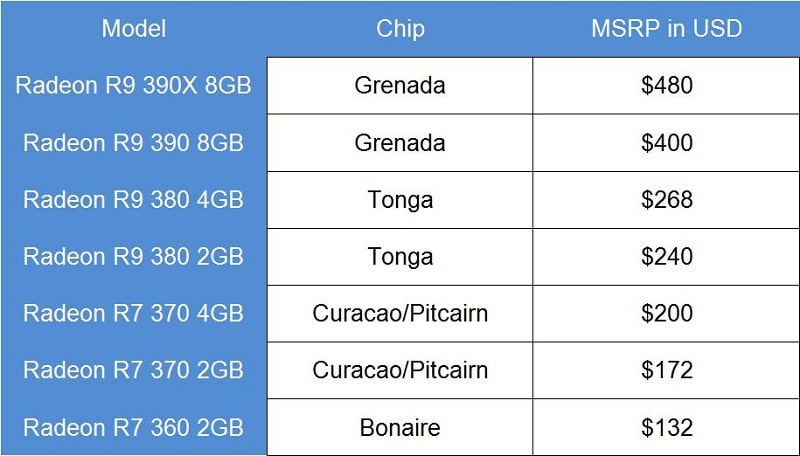 At $480 the 390X is about $65 cheaper than the 290X was at launch a few years. It’s still about $100 more than the current street price for some 290X models, but once you consider the 8GB of VRAM, it’s about right for 290X 8GB. The same is true of the 390 as it’s nearly $100 more than the 290, but it does come with an extra 4GB of VRAM. Moving onto Tonga, the two R9 380 variants are priced competitively considering their VRAM endowment. The R9 370 4GB is interesting as it’ll be rare that it can make use of that extra 2GB of VRAM though the 2GB model is priced decently. Bonaire is pretty much where we expect to be.

Overall, pricing isn’t all that novel, with AMD preferring to slot in their new series into the current pricing market. Deal hunters will be disappointed as it’s unveiled that there won’t be any revolutionary changes in card pricing this generation. With only a short period till the real launch of the cards, those looking to buy soon are well advised to wait, either to pick up cheap last gen cards or snag a new one. Whether or not this will be enough to help AMD start growing market share remains to be seen. As this is an unconfirmed leak, it’s best to take the pricing with a grain of salt but the data largely checks in.