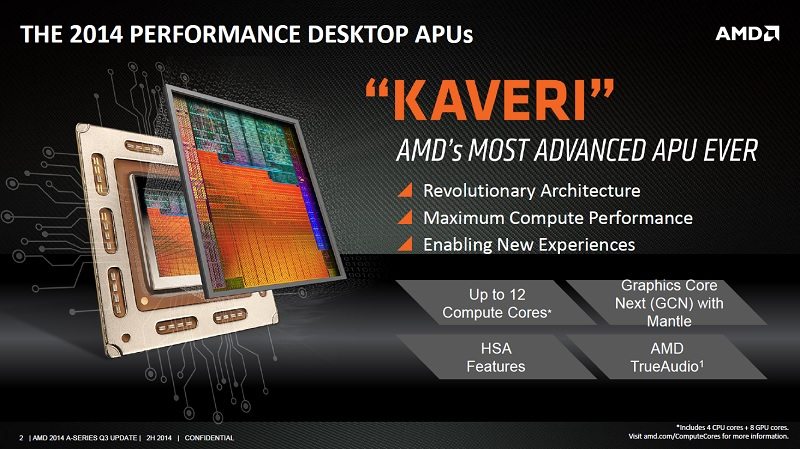 In January 2014 AMD unveiled its latest generation of accelerated processing units dubbed “Kaveri”. The range was formed of the A10-7850K flagship, the A10-7700K mid-range part and the entry level & low power A8-7600. Back in February I conducted a comprehensive performance analysis of all the released Kaveri APUs. In short, I found them all to be very interesting but I was most impressed by the A8-7600. The reason for this is that it offered a solid amount of performance for its thermal envelope and price, overall the A8-7600 seems ideal for anyone building a multi-use entry level system. The configurable TDP option, of between 45 to 65W, also makes the A8-7600 a great choice for a wide variety of form factors: such as HTPCs, fanless systems and so on. AMD’s A8-7600 is only getting launched now, despite being paper-launched back in January. Alongside the launch of the A8-7600 AMD is also releasing a new APU, the A10-7800 – which is what we are testing in this review. The A10-7800 will be physically identical to the A10-7850K except it does not come with an unlocked option. The main reason for that is that the A10-7800 is optimised for low power and has the configurable TDP of 45-65W like the A8-7600 does. 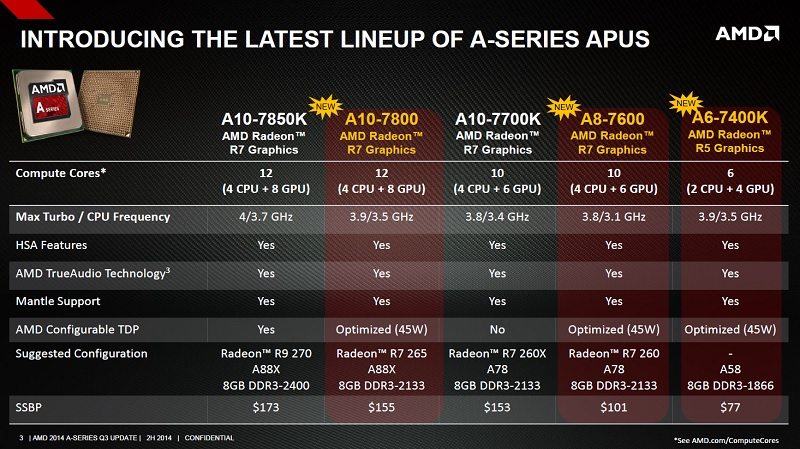 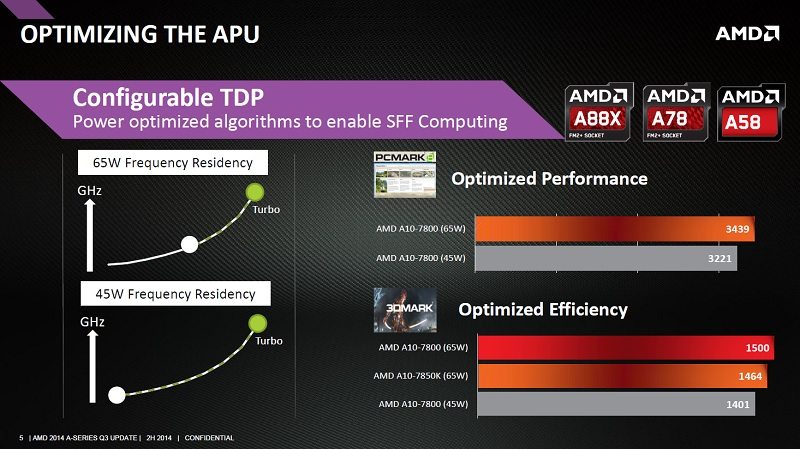 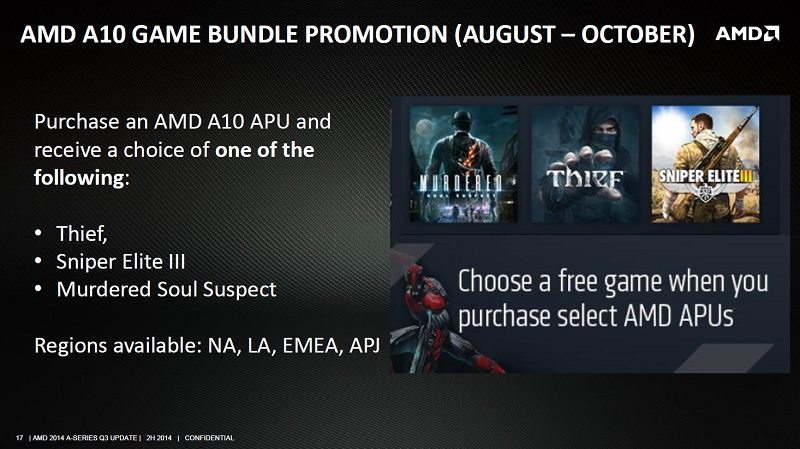 To entice consumers into buying its Kaveri APUs AMD will be offering a choice of a free game, consumers can choose one of three big titles. All three games are part of AMD’s Gaming Evolved program.

Is there anything new that the A10-7800 brings to the table? No not really. It is just a new SKU of the Kaveri APU architecture: a power optimised version of the A10-7850K. As a result of that we can expect its performance to be broadly similar to the A10-7850K, although a little slower and with a little less power draw.