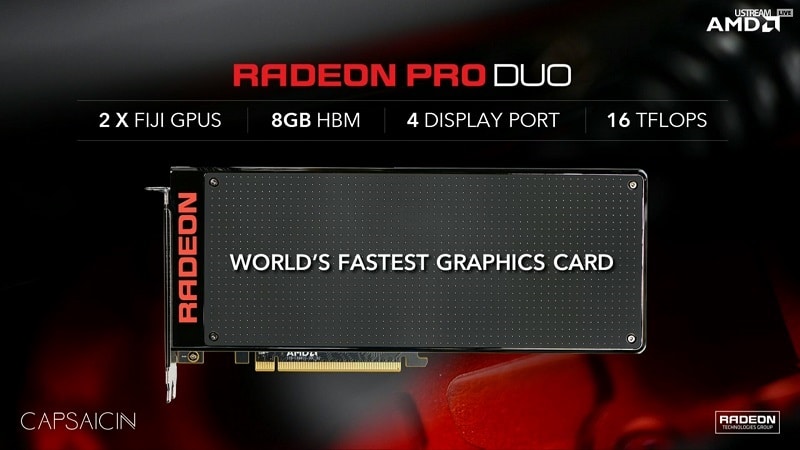 After many months of waiting, AMD has finally unveiled their dual Fiji graphics card. Though not called FuryX2 as we originally expected, the name Radeon Pro Duo is just as fitting. For now, AMD still has not revealed the full specifications but the most important one, price, is a lofty $1,499 USD. For 2 Fiji GPUs and 16TFLOPs of performance, it may well be enough to entice the VR developers AMD is targeting.

As expected of the most powerful single card GPU yet, the power requirements are massive. The 2 GPUs draw power over 3 PCIe 8pin power connectors for up to 525W of power. Memory bandwidth is doubled but the memory remains split as with CFX or dual-GPU cards, with 4GB of HBM1 each over a 4096bit bus. In total, the card has 8192 Shader Cores, 512 TMUs and 128 ROPs with 4DP display connectors. Cooling is provided by a Cooler Master CLC unit with a 120mm extra-thick radiator. 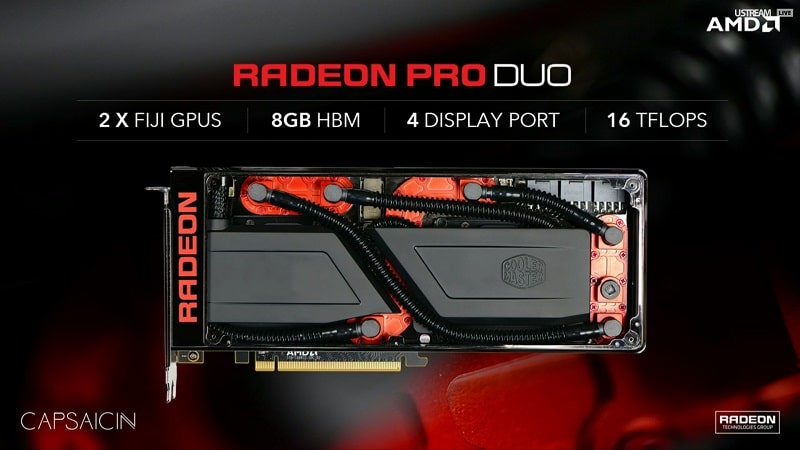 Targetted towards VR and game developers, it makes sense as it offers the performance necessary to the run the most demanding of titles, especially in their unoptimized form. Furthermore, the use of AMD’s affinity multi-GPU, LiquidVR and DX12 will all serve to limit the impact of having 2 separate GPUs. This should allow for better scaling than we usually see with CFX and other solutions. 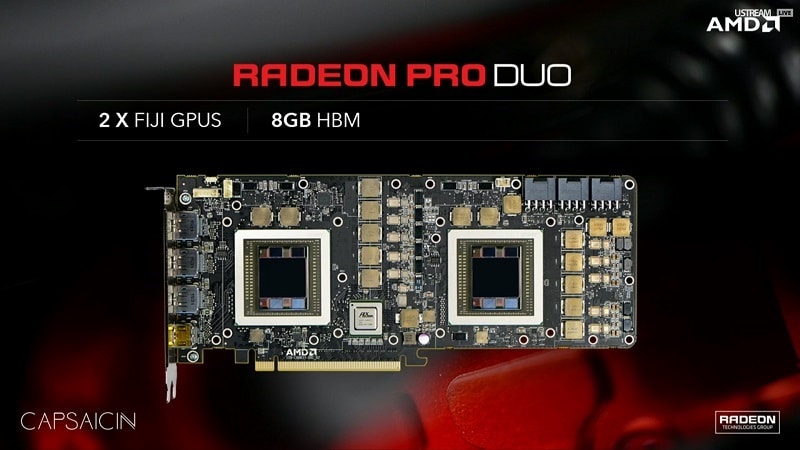 By targeting VR developers, AMD is able to get away with the hefty price tag, just as Nvidia was able to do the same with their Titan series. This may limit the market though some AMD fans and prosumers won’t mind too much. The price is only $200 more than 2 Fury X’s but it will use up fewer slots and be less of a hassle to arrange the cooling for it. The late launch however, is more of a problematic issue as Polaris and Pascal are fast approaching. It remains to be seen if AMD’s gamble will pay off.