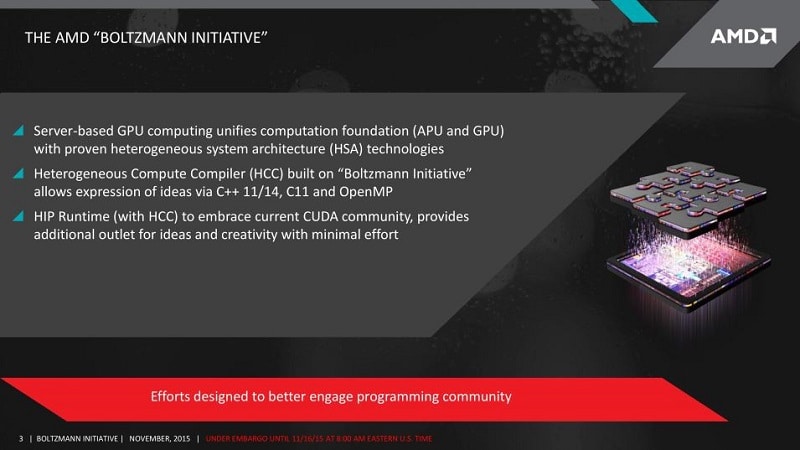 While AMD has long-held decent marketshare in the consumer space, the high performance compute segment has long alluded the graphics firm. With the announcement of the so-called Boltzmann Initiative today though, AMD is planning to turn a leaf on their troubles and plow ahead with a better than ever graphics compute toolkit.

Frist off are a new set of HSA extensions dubbed, HSA+. While not part of the main HSA initiatives, the extensions will allow better use of discrete graphics in a HSA environment. Combined with a new headless Linux driver, this should help spur performance with a unified memory space, reduced latency and better system controls. 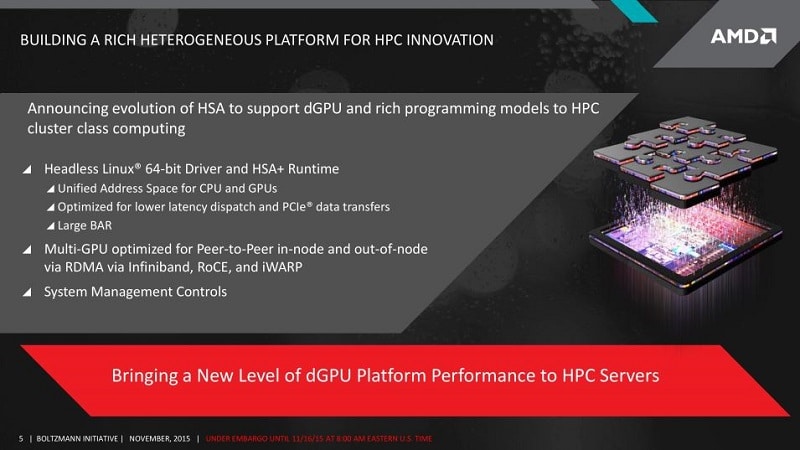 The next addition is the new Heterogeneous Compute Compiler or HCC. While AMD has long supported the open source OpenCL while Nvidia runs their own CUDA, HCC is a change in direction away from OpenCL. While AMD continues to in invested in and working on OpenCL, HCC will offer more competitive features compared to UCDA, until one day OpenCL support and features catches up. HCC is also C++ based which will allow for easy transition from CUDA. 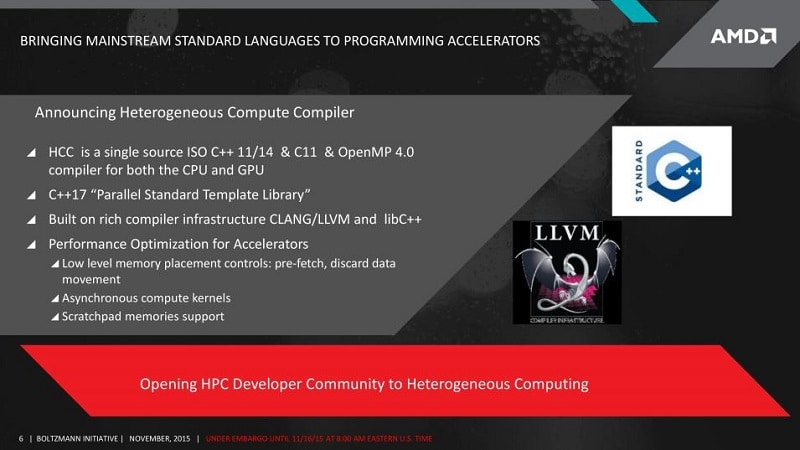 Lat of all is Heterogeneous-compute Interface for Portability or HIP. Even with HCC being familiar and similar to CUDA, AMD recognizes that getting developers to switch is no easy task. With HIP, AMD is providing a compatibility layer for 90% of CUDA code, it means developers will only need to do fresh work on a small portion of the code in order to run on AMD hardware. One can only hope that there will be some trickle down effect on the consumer software market as well where CUDA has also been dominant. 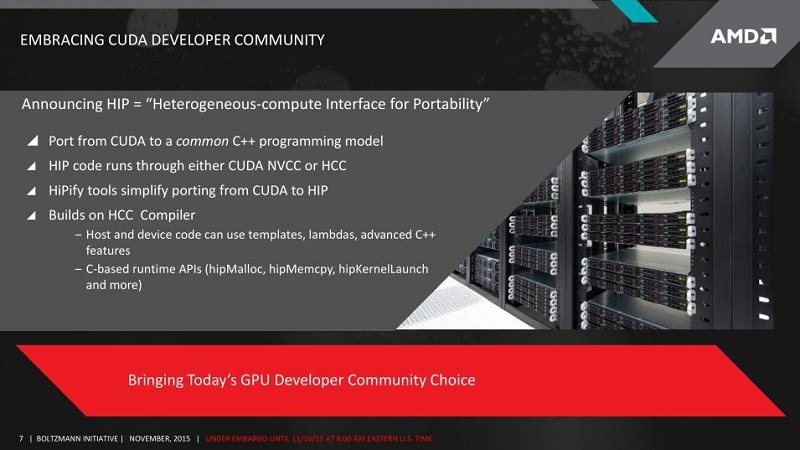 In a market where CUDA has long dominated, AMD is finally making the moves that will make them competitive. If AMD is able to keep their Boltzmann Initiative up to date and provide support, there is probably a lot of room to grow int he HPC segment given their poor marketshare today. With a more lucrative HPC business in their back pocket, AMD will also be in a better position to invest in their consumer lineup.