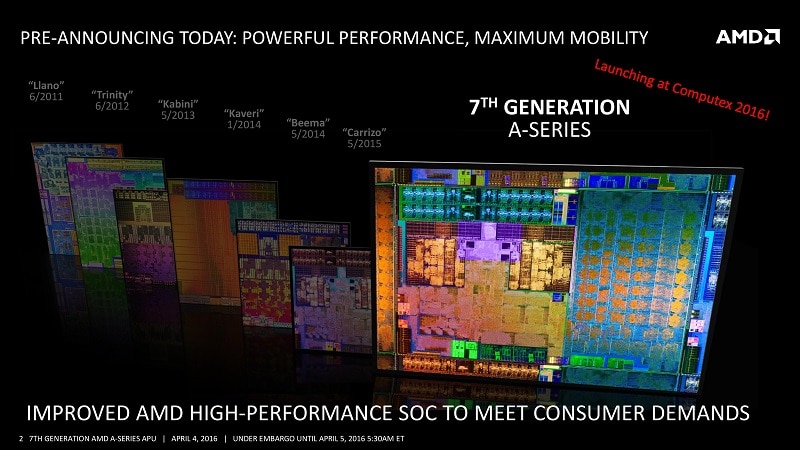 Ever since the launch of the APU back in 2011, both AMD and Intel have continued down this path. While CPU performance hasn’t grown much, the iGPU side of the chips continues to improve every generation. On June 1st at Computex, AMD will launch their 7th generation APUs, Bristol Ridge. Ahead of the reveal, some specifications have been leaked out, detailing what the chips look like.

First the first time, Bristol Ridge will bring together GCN 3.0 and Excavator on the desktop. Previously, we’ve only had GCN 2.0 and Steamroller or mobile Excavator paired with GCN 2.0. Not only will see a good boost for graphics, but CPU performance is expected to grow by 50% due to IPC improvements and use of DDR4 over DDR3. The use of DDR4 should also provide a massive boost to gaming as APU are highly dependent on memory bandwidth. 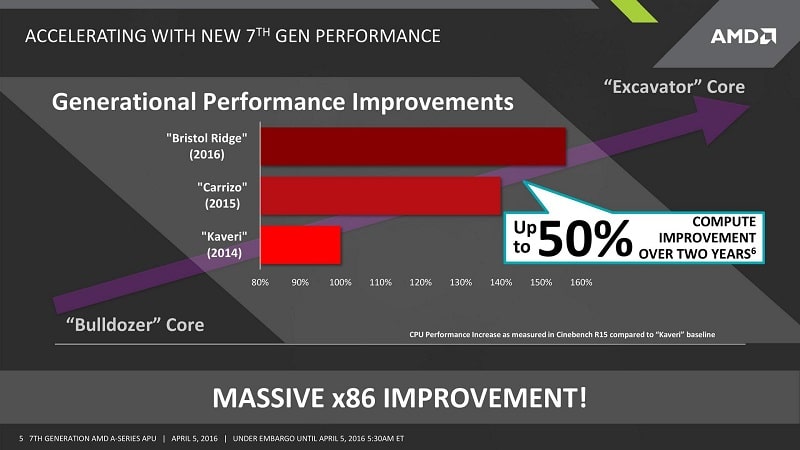 The flagship clocks at 4.2Ghz boost and 3.7Ghz base with 2M/4T for the CPU and 512 GCN units. There is a slightly slower unit with the same core configuration as well as 2 2M/4T and 384 GCN cores chips as well, clocked at 3.8Ghz and 3.5Ghz respectively for boost. Finally, we have the budget 1M/2T chips with 256 GCN cores. TDP ranges from 65W to 35W which is great considering AMD is still on 28nm. 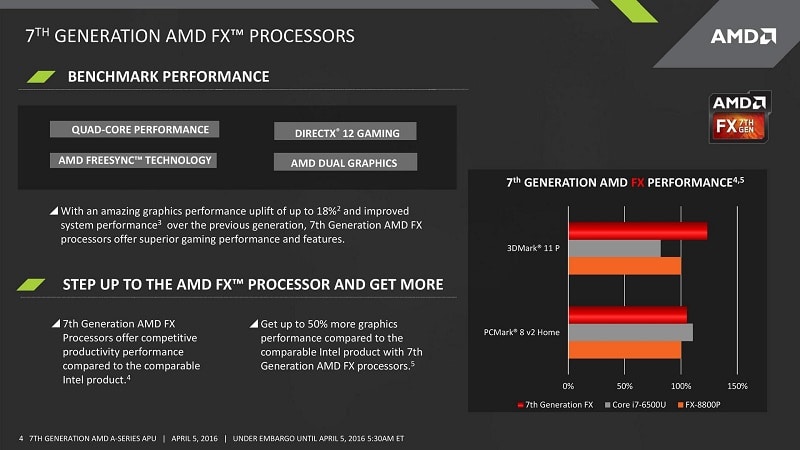 For AMD fans, Bristol Ridge is crucial as it sets the groundwork for Zen and GCN 4.0 later this year. The use of the new AM4 socket means future APUs built on Zen and GCN 4.0, Raven Ridge, should be compatible. Those chips are set to provide an even greater boost to performance as well as use the new 14nm process.