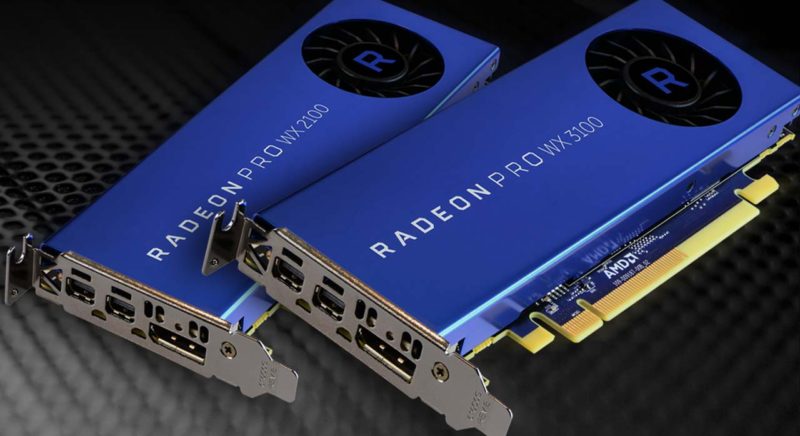 AMD introduced two new additions to their Radeon Pro workstation series with the WX 2100 and WX 3100 cards. Like the previously released Radeon Pro WX cards before them, these new WX 2100 and WX 3100 are for professional graphics applications rather than for gaming. The Radeon Pro WX 7100, WX 5100 and WX 4100 were released initially several months ago. These newer Pro WX models are slated to be the more affordable cards in the series priced under the WX 4100’s $399 price tag. 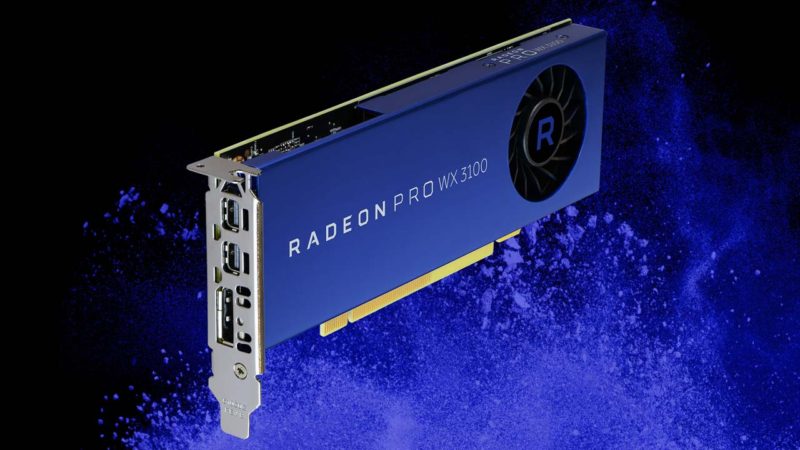 Inside each is a 14nm “Polaris” GPU equipped with 512 stream processors across eight compute units. The Radeon Pro WX 3100 is equipped with 4GB of GDDR5 on a 128bit memory bus. This card is aimed squarely against NVIDIA’s Quadro P600 graphics card and out-performs it by as much as 1.54x in SPECviewperf 12.1’s Siemens NX benchmark. In average, the the WX 3100 is up to 29% faster than the comparable NVIDIA Quadro model within applications such as SOLIDWORKS and PTC Creo.

The card has three discrete DisplayPort 1.4 HBR3/HDR ready outputs. It is able to drive up to three 4K displays at 60Hz or a single 5K display at 30Hz. 10-bit Displays are also supported. 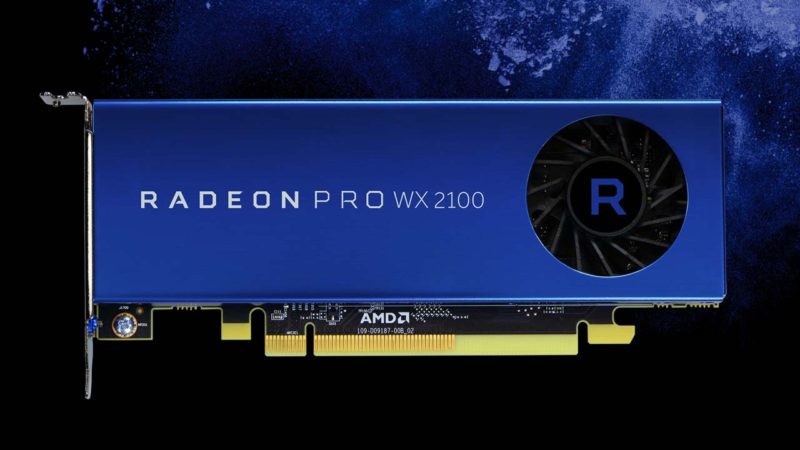 Similar to the Radeon Pro WX 3100, the WX 2100 uses a single-slot, half-height form factor which is ideal for compact environments. The GPU specifications are also similar, with matching clock speeds. The difference lies mostly with the memory, with the WX 2100 using only 2GB of GDDR5 on a 64-bit memory interface. This limits the max memory bandwidth to 48GB/s compared to the WX 3100’s 96 GB/s.  The Radeon Pro WX 2100 is targetted to compete directly with NVIDIA’s Quadro P400 and performs 20% better on average.

Otherwise, it has a similar triple DisplayPort 1.4 output (2x mini-DP, 1x full size). This supports up to to three 4K displays at 60Hz or a single 5K display at 30Hz. Both the WX 2100 and WX 3100 also come with a single mini-DP to DVI-SL passive adapter bundled.