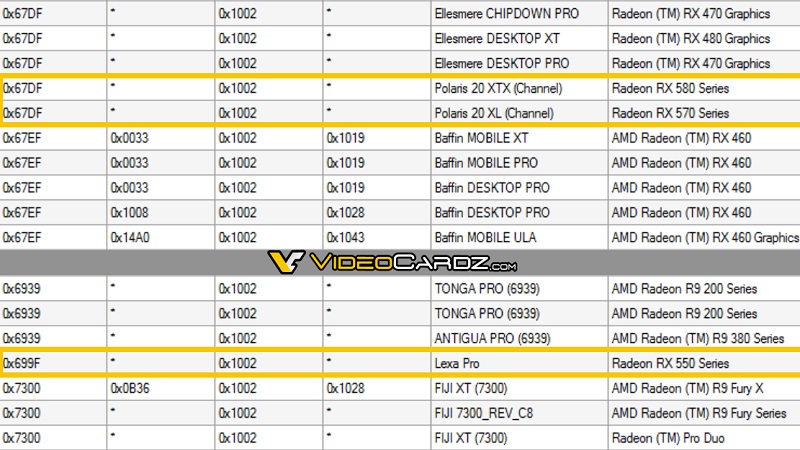 Within a few short days, AMD is set to launch their new RX 500 series of graphics cards. From previous reports and leaks, the new lineup is expected to be a refresh of the RX 400 series of Polaris based GPUs. In previous reports, there was an assumption as a rebrand that the exact same GPUs used in the RX 400 series would be reused for the RX 500. According to some new information courtesy of AMD drivers, that does not appear to be the case.

In the past, rebrands have often used the same GPU. After all, that is the whole purpose of the rebrand, to reuse the GPU but give it a spanky new name to sound fresh. At this point, it is too early to say if Polaris 20 is also a “rebrand” or if it has any new features compared to Polaris 10. Based off of leaked specifications like the core count, FLOPs and clock speed, it doesn’t appear that Polaris 20 is fundamentally any different. My suspicion is that Polaris 20 may feature new hardware acceleration modules for video encode and decode or hardware VR support for Asynchronous Space Warp. I suppose we will have to wait till launch to find out.