The launch of AMD’s R9 290X last week was interesting as it certainly stirred up the graphics card market and industry. Following the launch arguing between readers occurred in abundance across many review sites, not just our own. Where I stand in this debate is that AMD have really shot themselves in the foot by releasing such a high performance graphics card that then gets throttled by such a mediocre cooling solution. Then to make things worse they’ve chosen to shed no light on the launch of non-reference solutions – something all prospective R9 290X buyers are waiting for to make a fully informed decision. Yet despite the R9 290X being throttled by that stock cooler the general consensus from most reviewers was that the R9 290X is at least as good as the GTX 780, while some reviewers who were able to test in favourable temperature conditions received results that suggested the R9 290X was better than the GTX Titan. Our review fell into that latter category and our benchmarks showed the R9 290X as being quite some way ahead of the GTX Titan in most benchmarks.

Setting the R9 290X aside for a bit, today we have with us the R9 290, the R9 290X’s little brother. For those who remember the HD 7000 series clearly the R9 290 is essentially the HD 7950 successor and is the second best single GPU graphics card of the RX-2XX series. Sadly, the AMD R9 290 comes with the same weak AMD stock cooling solution so we can expect more of the same – a wide variety of reviewers showing very different results based on testing that was conducted in varying ambient room temperatures. I think it is immensely important to stress that if readers really want to see the full picture, and want to make a solid judgement on whether the R9 290(X) cards are a good buy, then you’ve got to wait for the non-reference solutions to hit the market to see the accurate picture. When that will be is anyone’s guess as AMD have remained tight-lipped about it, we’ve seen a variety of (guess)estimates thrown all over internet forums ranging from early November to mid December – in my opinion the sooner the better. 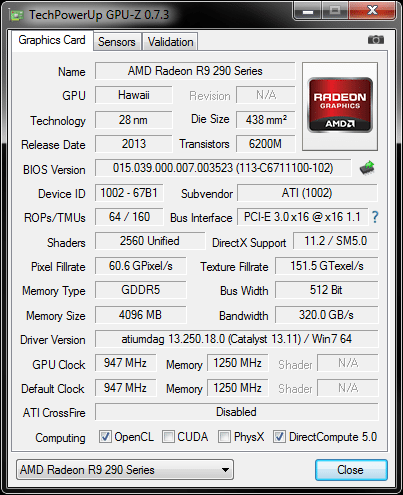 The AMD R9 290 is a moderately cut down version of the R9 290X. It features the same GPU die but with 256 less GCN cores, 16 less texture units and a slightly lower core clock speed. Of course on paper the gap is very small so we probably shouldn’t expect to see no more than a 5-10% dip in performance compared to the R9 290X. 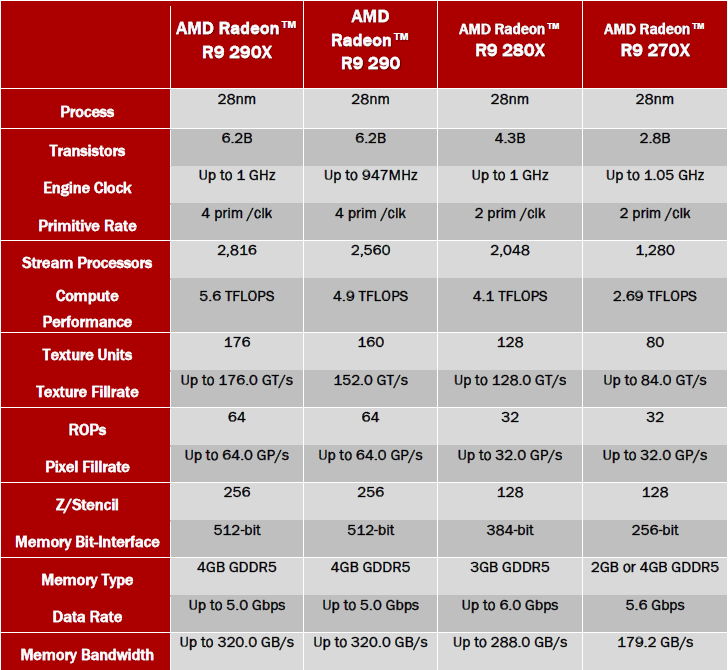 AMD’s R9 290 also comes with AMD’s new version of PowerTune like the R9 290X had. In essence the new PowerTune can be seen as AMD’s answer to Nvidia’s GPU Boost 2.0. AMD’s new PowerTune balances clock speeds and fan speeds to maintain a steady temperature threshold. The card adjusts the clock speed dynamically along with the fan speed (which also has a threshold) to maintain that steady temperature under load. By default there is a 95 degree fixed max temperature and 40% fixed max fan speed so the clock speed will be adjusted to ensure it can achieve both those parameters. Normally this means the clock speed is lowered when the card is going to exceed either the max temperature or fan speed, or the clock speed is raised when there is sufficient temperature or fan profile headroom to support this. What this creates is an extensive overclocking system where users can balance the temperature, fan speed, clock speed and also the Power Limit to get the most performance or the most silence. AMD’s OverDrive section of their Catalyst Control Center will allow you to control all these other parameters but you will also be able to use third party overclocking tools to adjust these things too when those programs are fully updated. 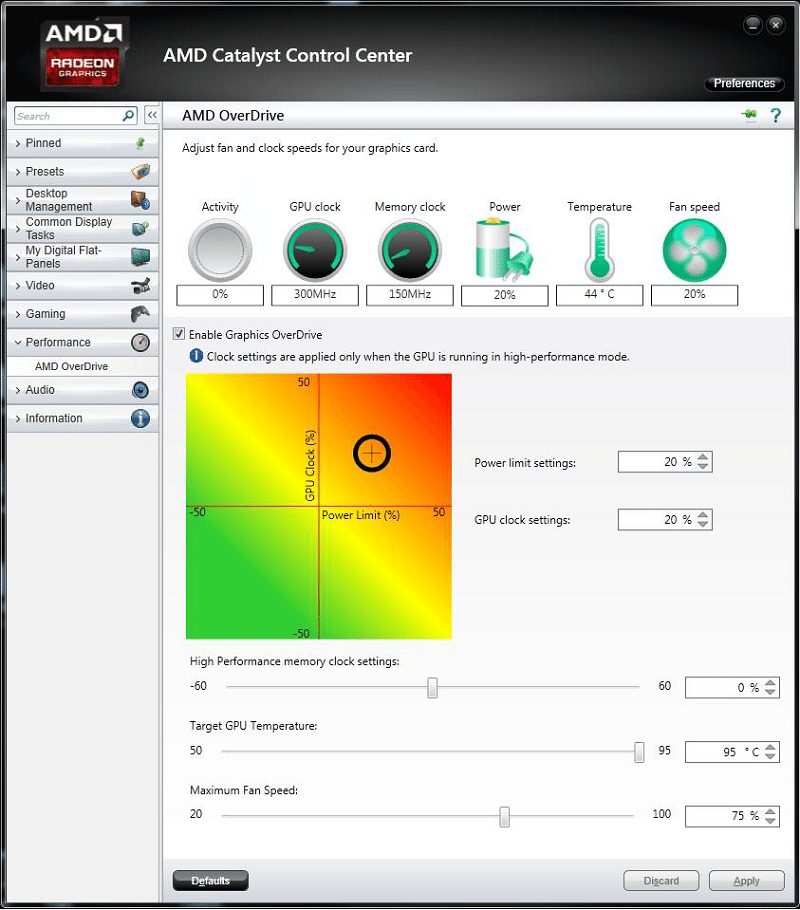 Linked to the new overclocking system is the dual BIOS implementation but unlike the R9 290X, the R9 290 does not have two different modes, just two identical BIOSes. The R9 290 comes with the “Quiet” profile equivalent of the R9 290X that caps the fan speed at 40%. It isn’t particularly quiet though so wait for those non-reference solutions. 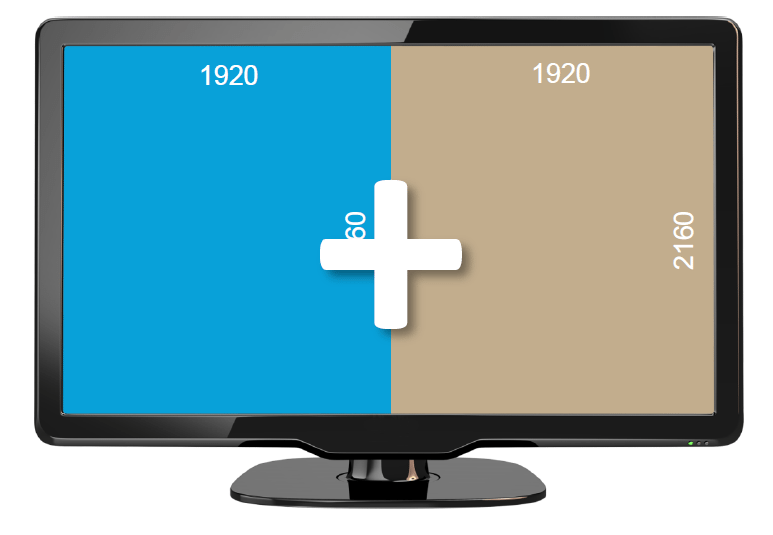 AMD has also worked hard to support 4K gaming in a “plug and play” fashion on its new flagship with default Eyefinity configurations for tiled 4K monitors such as the Sharp PN-K321 or ASUS PQ321Q monitors (and while on the topic of 4K be sure to check out our 4K gaming featured article here that includes the R9 290X, R9 280X, GTX Titan and GTX 780). As part of its push to 4K AMD is supporting the new industry standard for tiled displays in VESA – DisplayID v1.3. While AMD can support the very limited numbers of 4K monitors currently out on the market, in the future when 4K monitors proliferate, AMD (and other graphics providers) will need a unified standard to easily recognise stitched 4K panels.

A final noteworthy mention is AMD’s new method of CrossFire which enables the activation of CrossFire without the need for the physical CrossFire X ribbon. As far as AMD have suggested this will only be supported on the R9 290 series as it is part of the new architectural design of the Hawaii GPU. The Eyefinity and TrueAudio enhancements introduced by AMD with the other RX 2XX cards released a few weeks ago are also extended to the R9 290, check out the details of those right here.