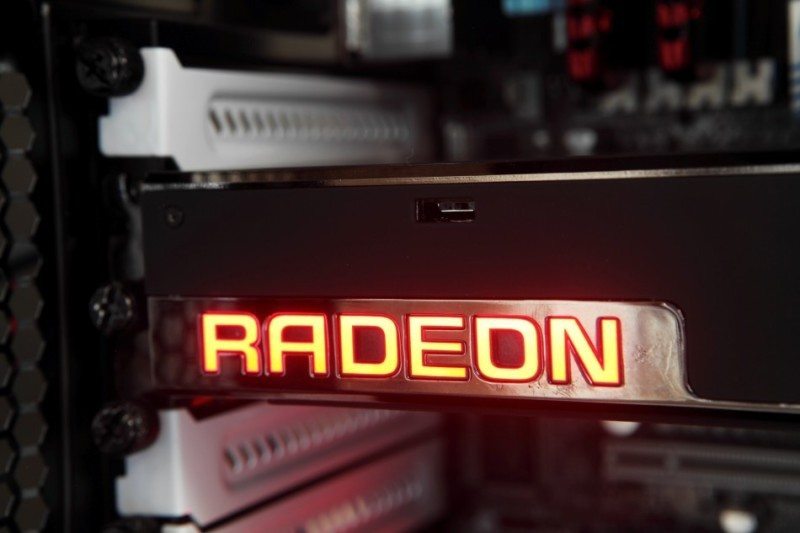 We have recently received information of the upcoming AMD R9 Fury graphics card. What makes this particular card so special is the fact that manufacturers can add their own cooling solutions to the cards themselves; which is something that we missed with the R9 Fury X.

The information comes in the form of what seems to be the hardware guide for the card, which is supplied directly by AMD to their partners. Throughout the slides, we see general information that we already know from the Fury line-up, however; the last slide is particularly interesting. Contained within the slides, we see the reference to two card designs, the Sapphire Tri-X and the brand new ASUS Strix DCUIII; a peculiar thing is that AMD have used the Strix model for stock photos as well, could this mean that we are not going to see an AMD reference design at all? 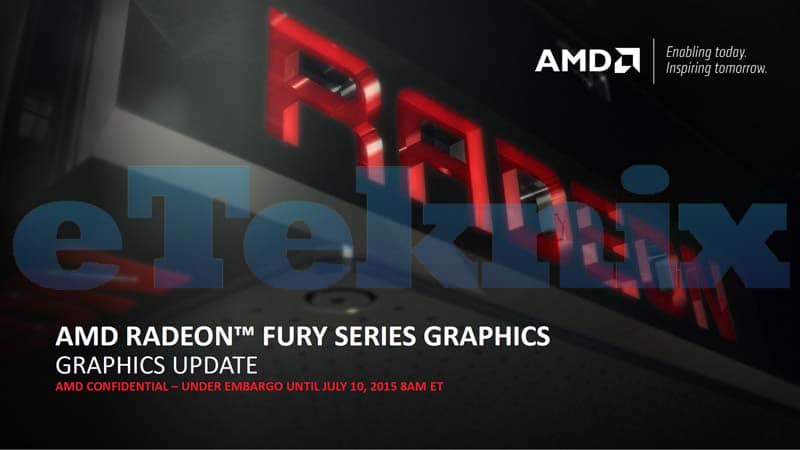 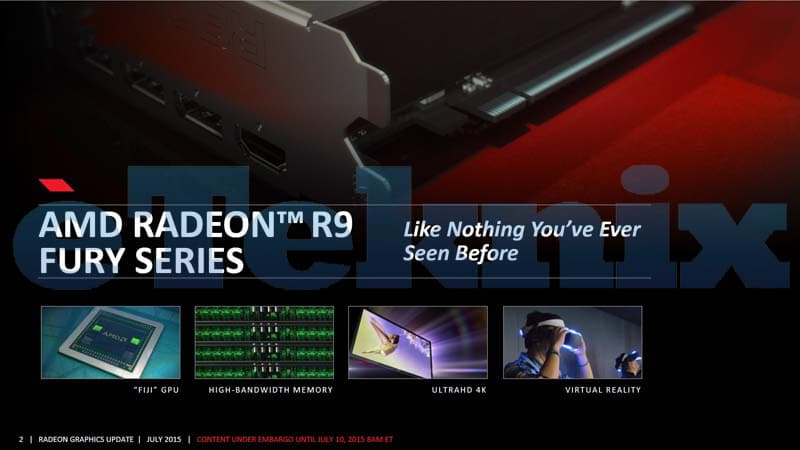 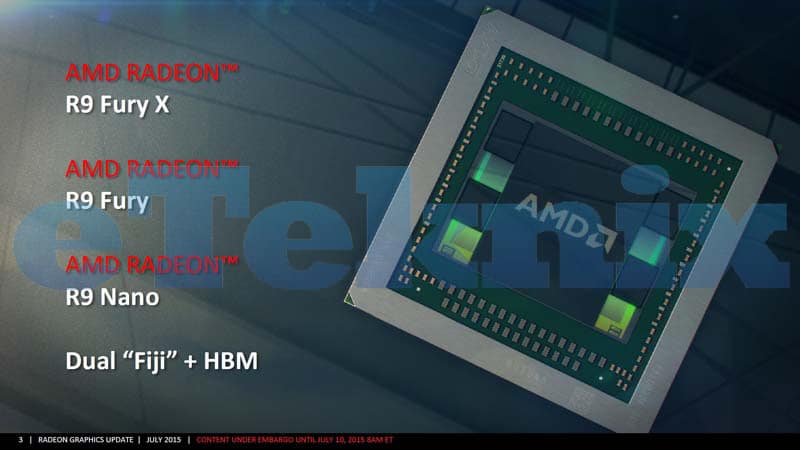 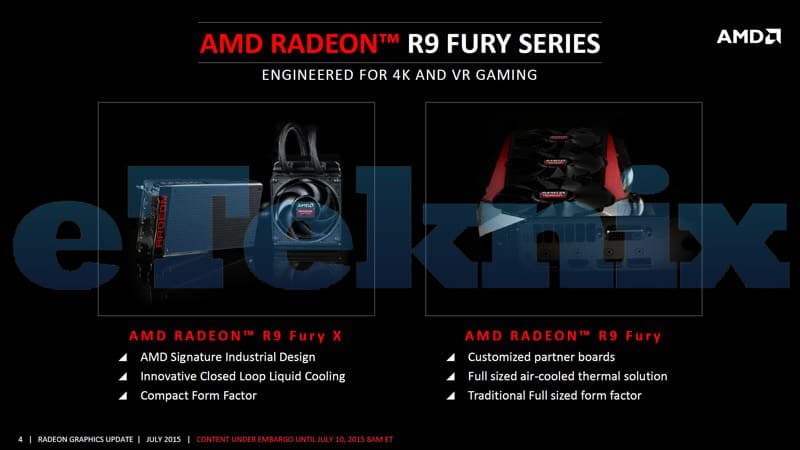 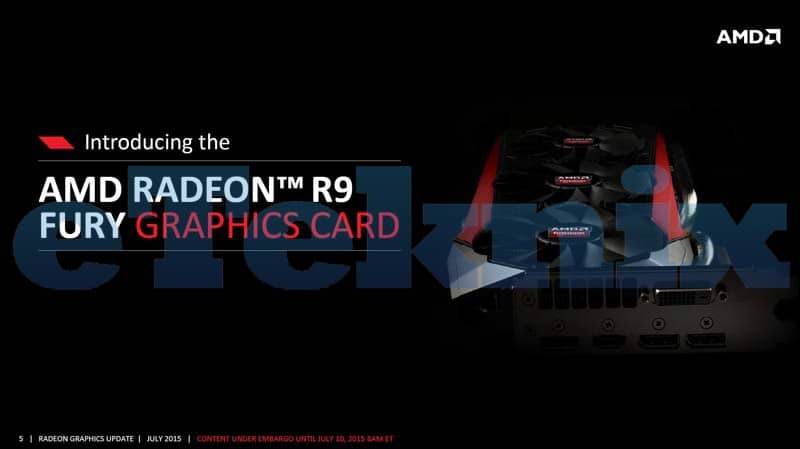 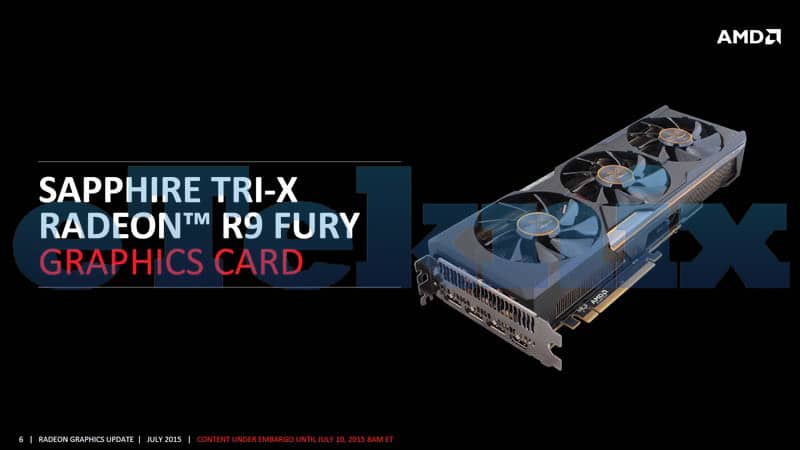 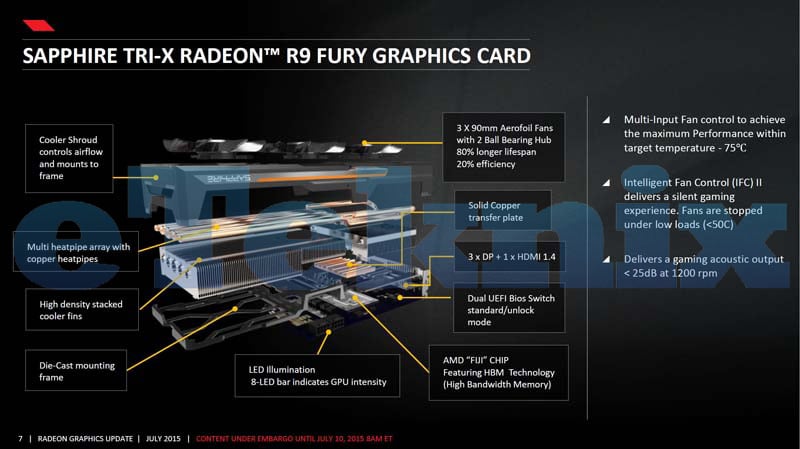 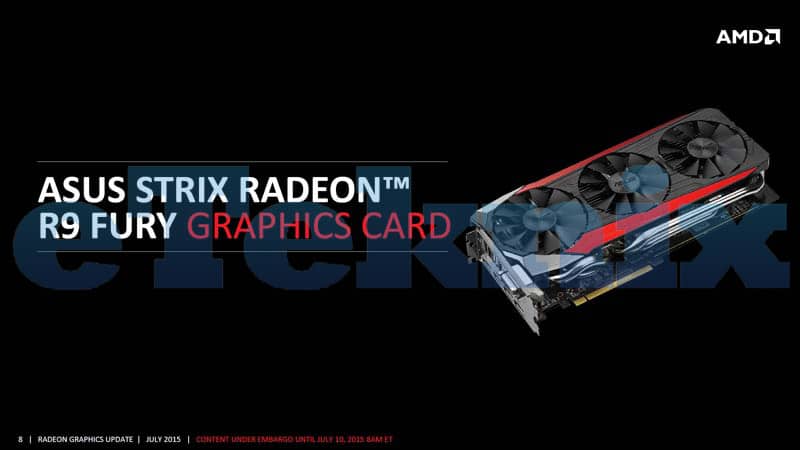 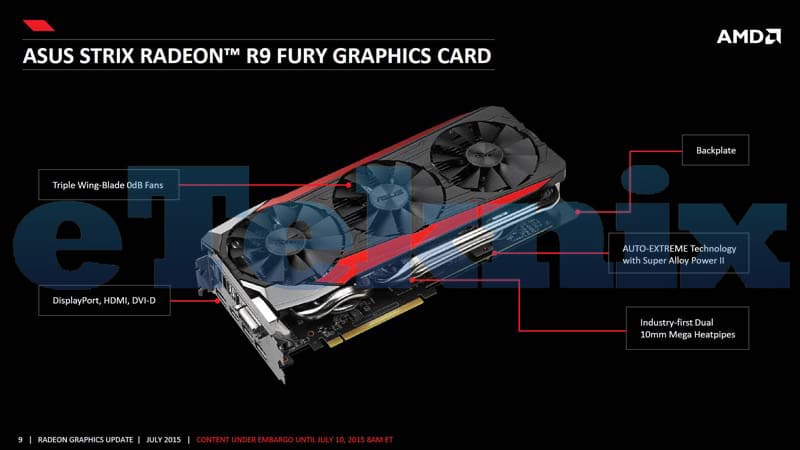 Seeing the two models side by side allows us to look at the output ports, on the Fury X, we were missing the DVI port. This technology is aging, but it doesn’t force consumers to shop elsewhere or buy a new monitor just so they can use HDMI or DisplayPort. Thankfully, it seems ASUS has added a DVI port to its version. 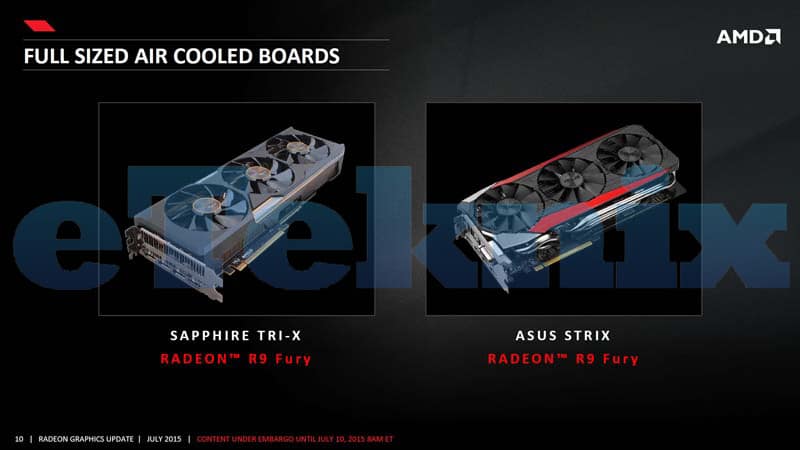 We know now to take AMD performance figures with a relatively large pinch of salt. Here it shows the Fury outpacing the GTX 980 at 4K with ease; let’s hope AMD haven’t cut too much from the graphics core so these figures could hold truth. 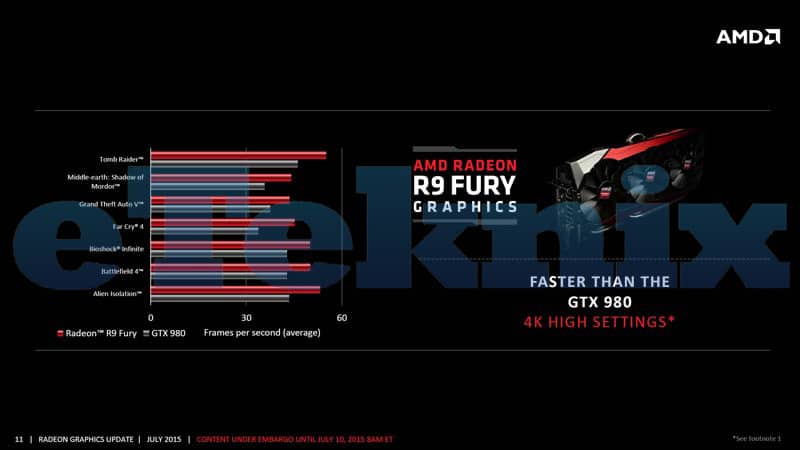 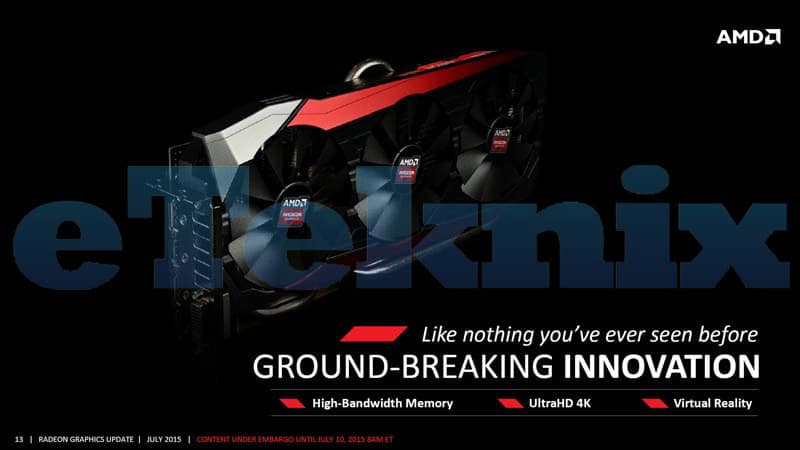 Last, but not least, the figures, we can see that the processors have been cut down to 3584 from 4096, compute units down to 56 from 64 and texture units down to 224 from 256. These cutbacks see the performance drop by around 17% (compute and texture fill rate). What will be interesting is to see where the price vs performance ratio fits in against the current AMD lineup as well as the current Nvidia lineup. 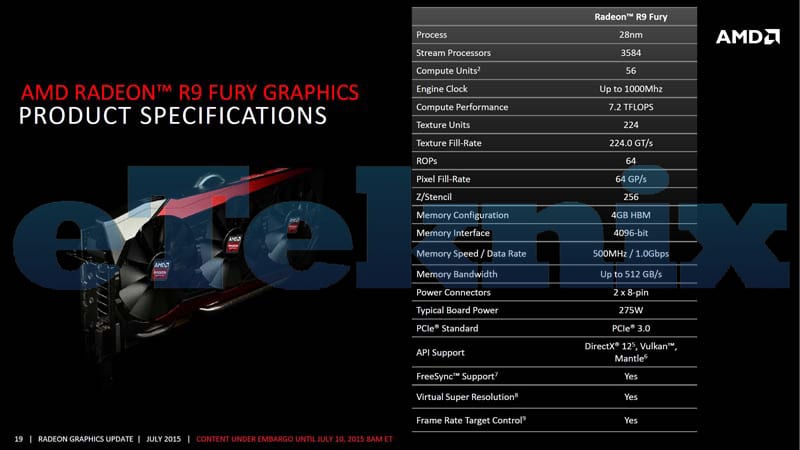 We’ll bring you more information as soon as we have it.