Looking at the title, we’ve called this a review, but in reality, it’s not really as we won’t be looking at the hardware used in their own entity but instead will be purely focussing on the performance that three 6950 Radeon’s can output when put into a multi GPU configuration.

If like me, you crave the very best frame-rates in games but of course want to spend the very least amount, then having a multi GPU configuration may be the way forward. It is also an option considered by users who already have a good card, but are wanting some form of an upgrade. Instead of having to shell out quite a lot more money and having the hassle of selling their current card, it generally makes sense to buy another card and simply add it in.

Talking about the specifics a bit, the 6950 is a good card, of which we’ve had a look at many models from different brands since its launch and have been satisfied by the price vs performance that it offers, especially coupled with the good success of unlocks to 6970 based cards.

An average 6950 will set you back around the $240 mark, but if you already have one, then triple CrossFireX is going to be cheaper, as you’ll only have to fork out around $480, but that still sounds like quite a lot of money, which is why a lot of users in this situation are plumping for the second hand market which allows them to get a fantastic deal if you shop around.

So you have your three cards, you have them installed and are ready to go, the AMD drivers are locked and loaded and CrossFireX is enabled and confirms that you have three GPU’s, meaning all that is left is to find out how they perform. Let’s get to it! 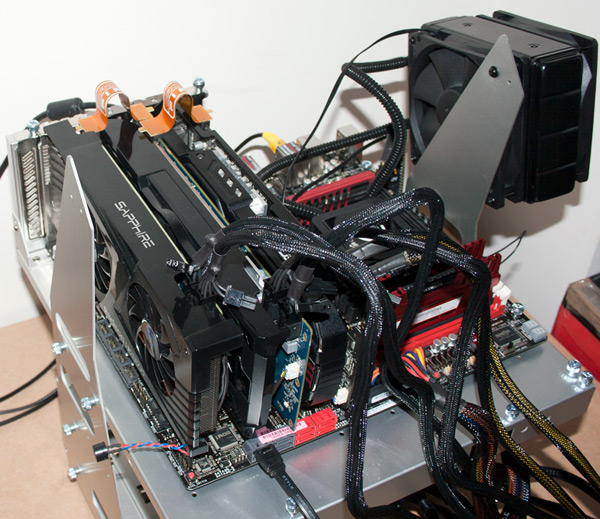