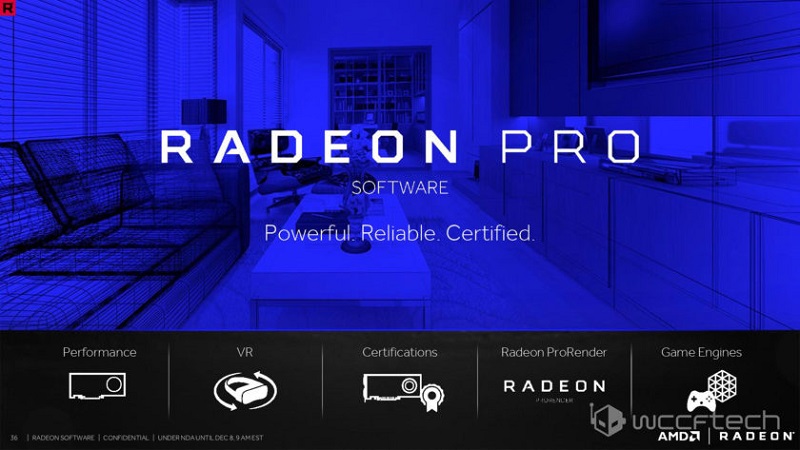 In addition to the regular Radeon driver release later this week, AMD also has something planned for their prosumer lineup. The Radeon Software Crimson ReLive Pro will be the corresponding annual update for the Radeon Pro lineup. In addition to the usual additional supports and plugin features, AMD is also touting their new dedication to the enterprise side of the GPU business. Of course, I expect much of the consumer side improvements in Crimson ReLive will bleed into the Pro side as well. 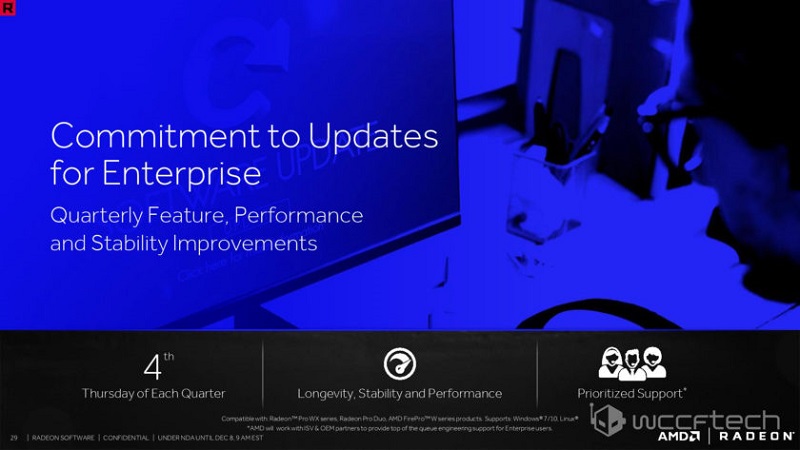 One of the chief announcements is  new release cadence for Radeon Pro drivers. Instead of the torrent of drivers we are getting on the consumer side, the Radeon Pro lineup will be much more predictable and scheduled. On the 4th Thursday of each new quarter, AMD will release a new update full of Performance, Stability, and Feature improvements. Given the focus on stability over the newest bells and whistles in the enterprise, a new release every quarter seems reasonable. 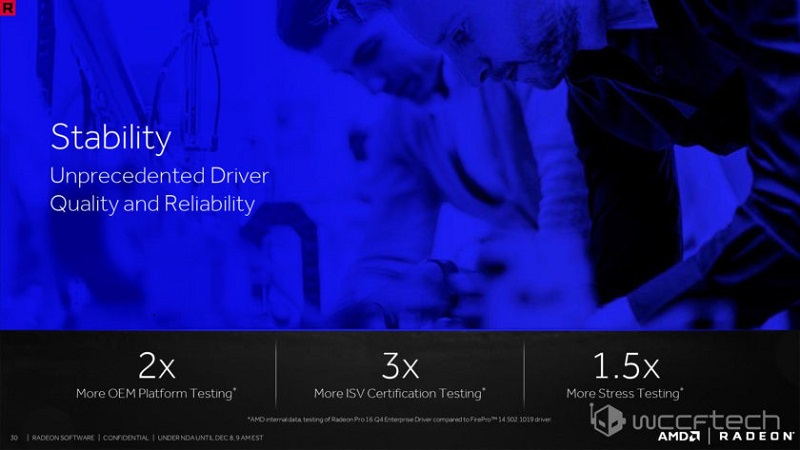 Speaking of stability, AMD is also doubling down on their stability game.  There is an increase in stability testing with stress testing at 1.5x, ISV certification at 3x and OEM platform testing at 2x. This means when new drivers do launch with new features, it will hopefully mean everyone can jump on board and start using them with lower risk. One major feature coming this time is ReLive which appears to be a system-wide screen capture tool, great for creating video tutorials for using enterprise software. 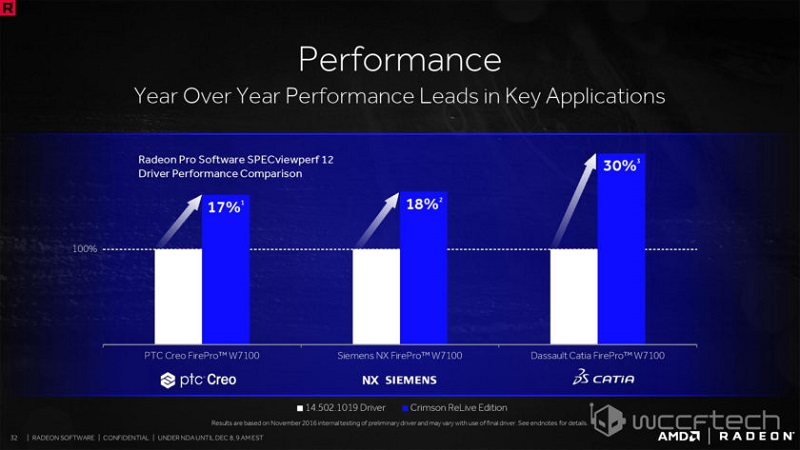 In terms of performance improvements, AMD is claiming up to 30% increase compared to last year. The new WX Radeon Pro lineup is also being touted as a major improvement over the older FirePro W series of cards. I suspect we will also be getting a new Radeon Pro cards in the Pro 490 which is rumored to be based on Vega. With the new drivers set to arrive in just a day or so, we will hopefully have more details to share with you then.