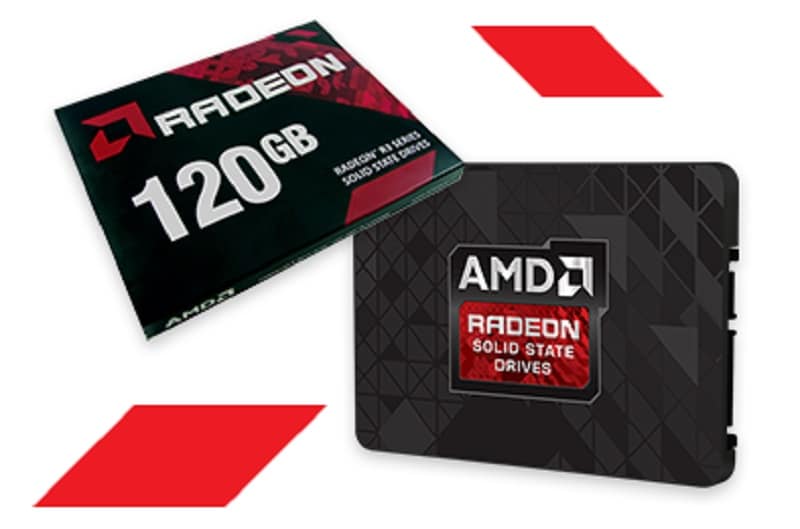 Last month, we reported that AMD had launched their new R3 SSDs quietly and without much fanfare. As we noted the new R3 drives were budget oriented, which was interesting as the R7 performance drives were EOL at the same time. Luckily for AMD fans, the chip maker is planning on re-entering the performance SSD segment with R7 and R9 SSDs to come shortly.

Starting with the R3, AMD let Galt, the firm already handling the RAM businesses, take over. The move to SK Hynix TLC NAND and the SM2256 controller with the R3 was due to the increasing ability of TLC to be price competitive while offering good enough performance.

Nonetheless, AMD recognizes that there is a market for performance drives and the new R7/R9 drives will address it. Those drives are to come in the familiar SATA form factor but also in M.2 and even with NVMe as well. There is no word yet on which partner will be used with these performance drives.

It may seem a bit weird to see the chip maker dabble in DRAM and SSDs but these are relatively low risk and low investment ventures. By offering a nearly complete solution, AMD is hoping to attract system integrators who see value in getting everything from one source to simplify support and validation. Whether this will pay off, remains to be seen.