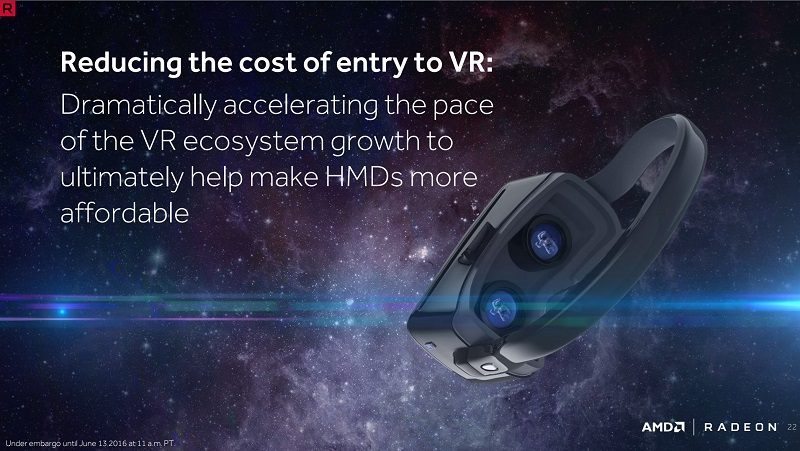 Virtual Reality is already taking the gaming industry by storm and has the potential to offer immersive experiences which play havoc with your emotions. For example, being able to explore an eerie setting with hordes of zombies around each corner creates such a sense of tension from a first person perspective. Unfortunately, VR equipment is extremely expensive and requires a fairly powerful graphics card to push so many frames. According to AMD, only 1% of the 1.43 billion PCs used globally are ready to play VR games and lack the proper graphical horsepower. This is such a crying shame and VR needs to come to the masses through affordable products. 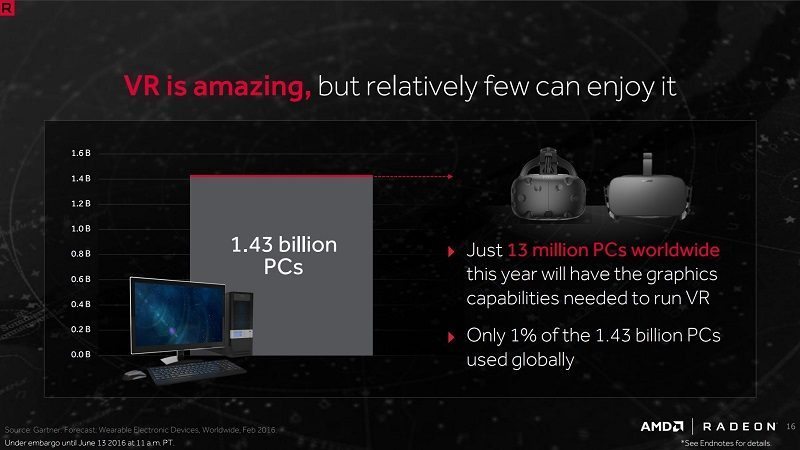 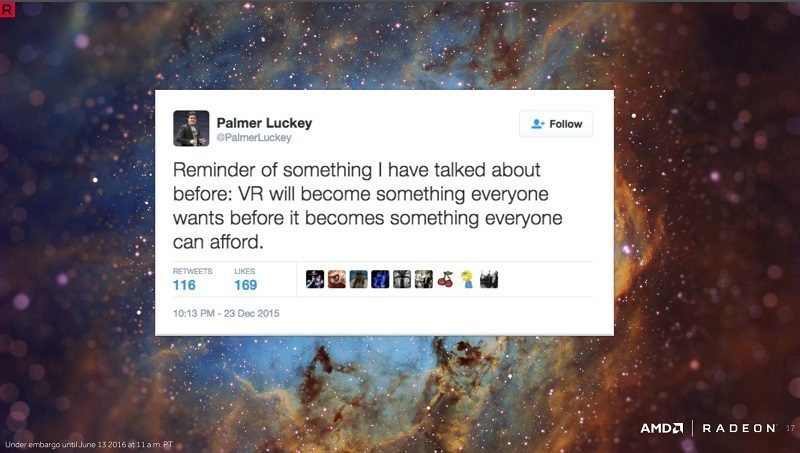 AMD’s data analysis shows that 68% of those surveyed were put off by the cost of VR equipment. This accounts for the majority of people and greatly exceeds the other reasons. Saying that, even though the RX 480 costs $199 and provides a wonderful VR experience, the cost of headsets is still a major issue. 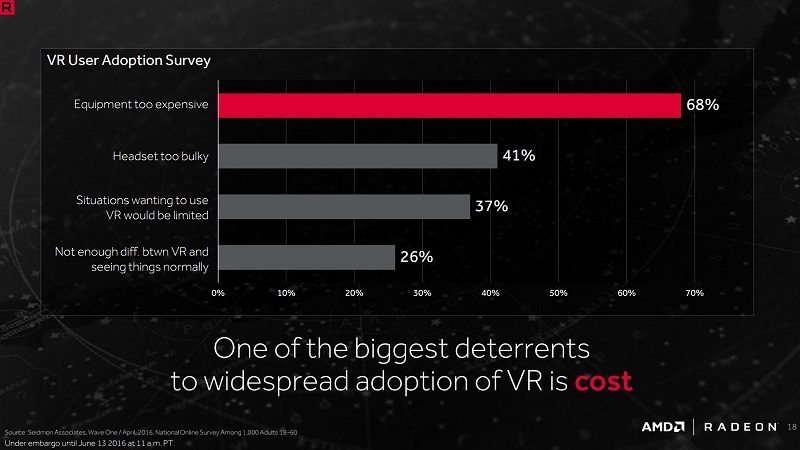 The next slide shows the possible growth of VR and ability to reach 100 million users in the next few years. 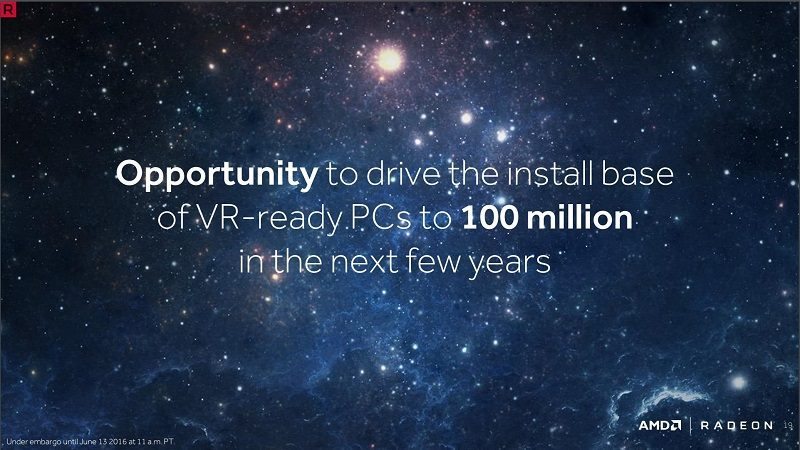 AMD’s Polaris architecture offers a high performance, low power solution and helps to grow consumers’ appetite for VR equipment. In theory, this could encourage more VR development and bring down the prices of HMDs over time. 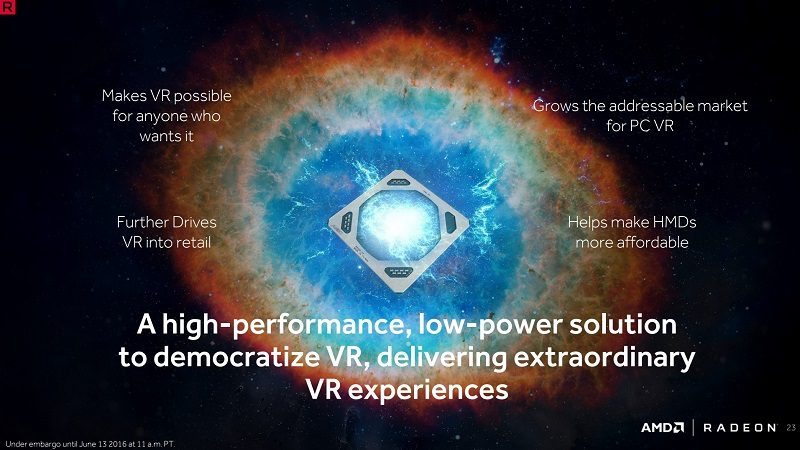