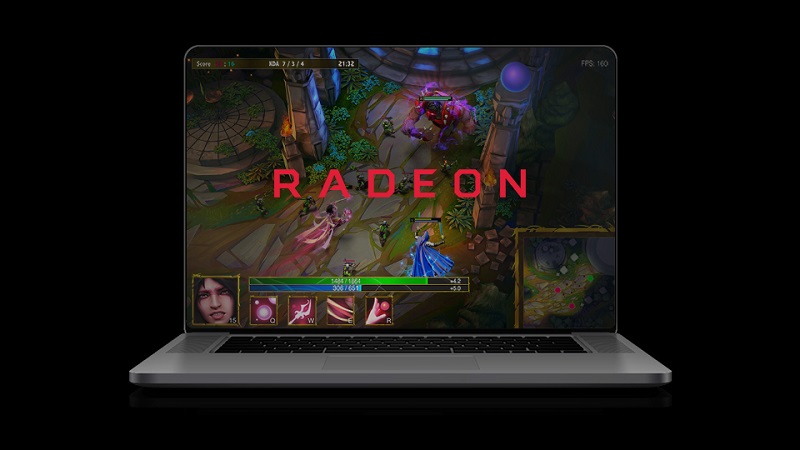 After months of leaks, teasers, and speculation, AMD has finally launched their new RX 500 series graphics cards. A refresh of the RX 400 series, the new lineup features largely the same Polaris GPUs with the RX 580, RX 570 and RX 560. While Polaris 10 has been tweaked to give us Polaris 20, the only truly new GPU is the Polaris 12 powering the RX 550. In a new listing on their website, it looks like we may be getting another Polaris 12 variant aimed at laptops. 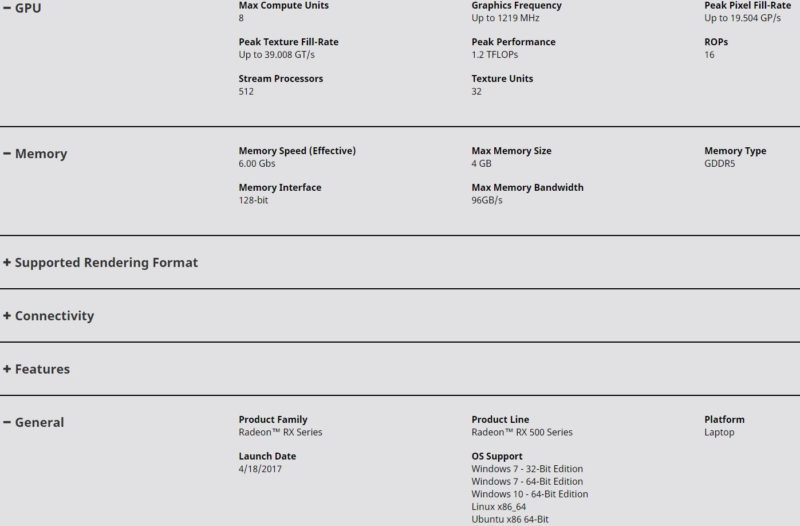 Despite featuring the same 128bit memory bus and 2GB or 4GB of VRAM, bandwidth down to 96GB/s. This is due to the use of 6 Gbps GDDR5 instead of the 7 Gbps powering the RX 550. This might be a cost saving measure aimed at OEM laptop devices where the monitor resolutions won’t justify high bandwidth. Rounding off the package, we only have Display Port and HDMI outputs which suit the laptop market.