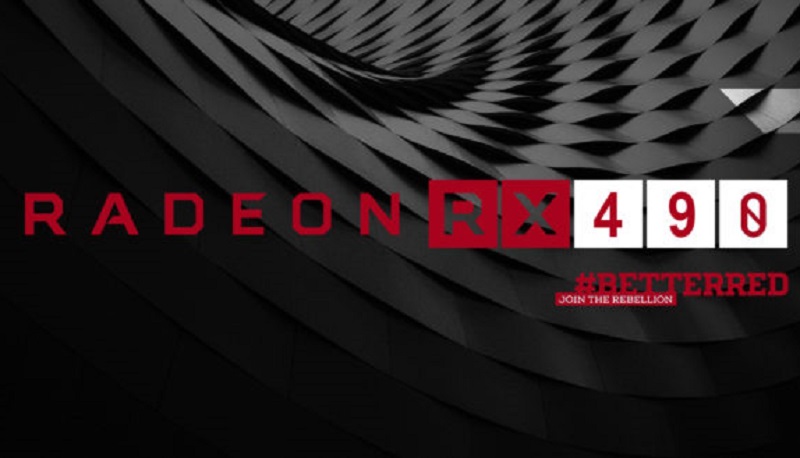 At the same time AMD unveiled their Polaris based graphics cards, the company also revealed its successor, Vega. Set to utilize HBM2, the new series is aimed at replacing the current Fury lineup in the high-end performance market. In under 2 weeks, AMD will be hosting their Zen New Horizons event to showcase their new CPUs. However, there now appears t be some hints we will be getting information on Vega as well. According to a new retail listing that has popped up, the RX 490 is reportedly set for a 2016 launch.

More specifically, the listing claims that the RX 490 will launch in the 2nd half of 2016. This leave under a month for AMD to release the card. It also contradicts earlier semi-confirmed reports from AMD that hinted at an early 2017 launch. One possibility is that we may only be seeing a reveal and a paper launch. Another suggestion is that professional versions of Vega. like Radeon Pro, will arrive first, with the Radeon products only being announced or teased.

In my view, it seems likely that AMD will have some major teasers for the RX 490 and Vega at the New Horizons live stream event. Just like how we got a Zen teaser without much substance at the Polaris launch, is expect a similar scenario to play out. What we might have is a Zen live system demo with the system running a Vega or RX 490 GPU.

Lastly, there has been uncertainty whether or not RX 490 is Vega or not. Some reports have suggested it might be a dual Polaris based unit which means it’s not Vega and could launch this year. Fortunately, we will be able to get more information from AMD within the next two weeks at their new event. Either way, AMD is coming back in force into the high-end GPU market.