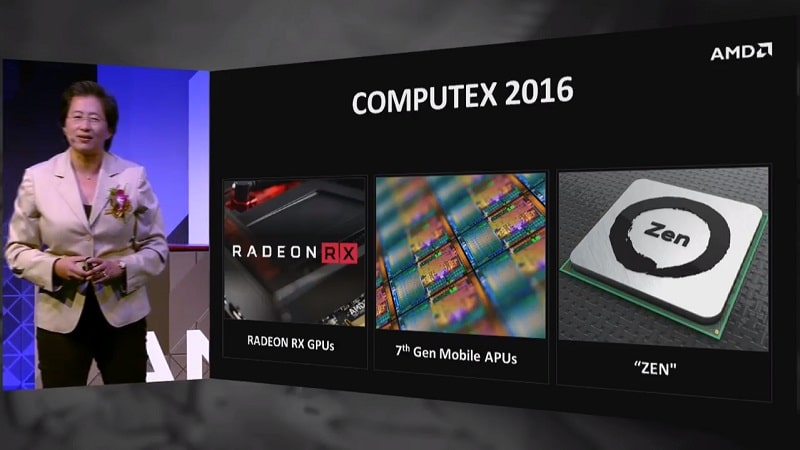 With Computex wrapped up now, we have some time to reflect on what we saw at this year’s event. As with every year, we saw a showcase of all the new tech that’s about to come out over the next year or so. Chief among them was the AMD announcement for their upcoming GPU, APU and CPU solutions.

The last few years haven’t been kind to AMD, with lost market share in both the CPU and GPU segments. This is why this year’s announcements at Computer are so important. With Polaris and Zen, AMD will a strong position in terms of upcoming products than they ever have had in years.

For the GPU side, Polaris in the form of the RX 480 has vastly improved the already competitive GCN architecture. More importantly, the RX 480 will offer as a yet an unbeatable value, targeting the mainstream gamer. This should help seize some market share from Nvidia which only has the GTX 1080 and 1070 which are higher end offerings. This may allow AMD to run rampant until a GTX 1060 or 1060Ti is launched. There are also rumours that there may be a RX 480X or RX 490 in the works with even more performance.

On the CPU side, we have Bristol Ridge out now with Zen to follow shortly later in the year. With the new releases, we are expected to first see a 40% performance increase over Kaveri and then a further 40% IPC increase over Excavator with Zen. DDR4 is also expected to bring around 10-15% performance improvement on its own as well. This will finally bring some competition against Intel which has dominated the x86 CPU landscape for the past few years.

Now that AMD has strong products coming out within the year for both the CPU and GPU side, the company stands a strong chance at making a comeback. Even AMD knows they have a strong hand are choosing to keep their cards close to their chest for now. Hopefully, the releases will live up to the expectations and will usher in a new era of competition.