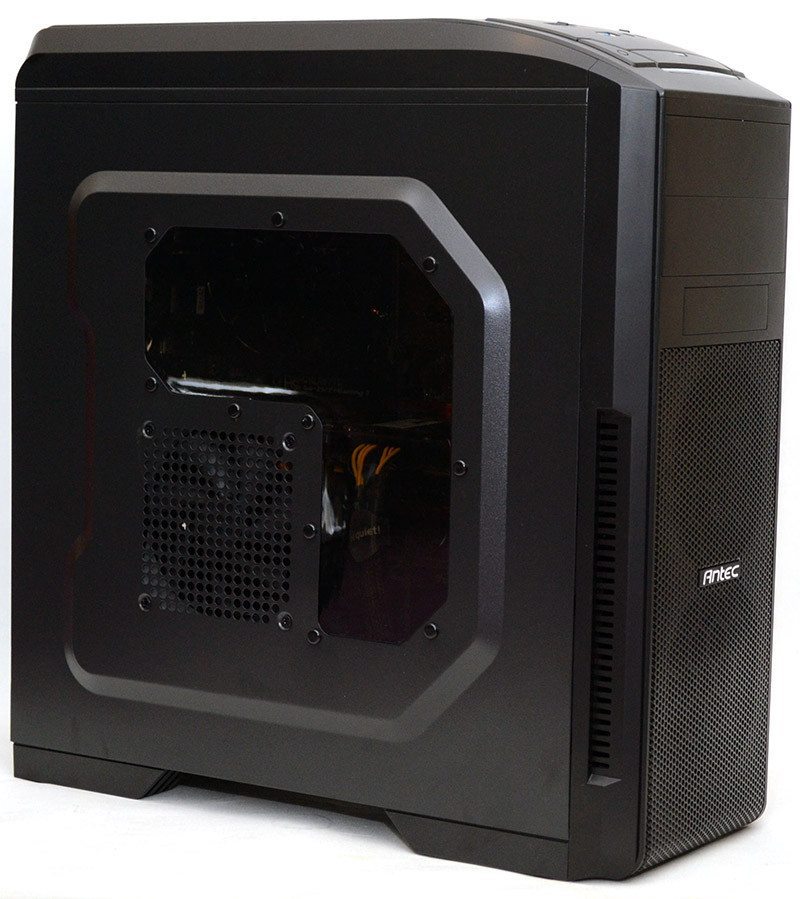 Antec is one of the most recognizable names in the PC market, having created many extremely popular products over the many years they’ve been in business. From the high-end to the low-end, they’ve always had a lot to offer for a wide range of budgets. Today, we’ll be taking a look at something from the lower end of the budget range, the very affordable GX500 Window chassis which offers just enough features to satisfy the demands of a desktop gaming build.

“The GX500 Window is designed for gamers from the inside-out, from its advanced cooling system to its I/O panel with USB 3.0. A total of three fans come standard along with washable dust filters and handy cable routing that helps keep equipment cool, dust-free and reliable. The GX500 Window also lets you organize a clean, powerful build with space for elite GPUs up to 15” (380 mm) in length, and extra space behind motherboard tray. With a bevy of in-demand features all at a supremely attractive price, the GX500 Window is more than just a low price – it’s the value case that gives you more for your money.”

We all want a high-end feature packed and premium chassis, which we know can cost north of £100 for the one you really want, but at the end of the day, a chassis that’ll get the job done is no bad thing and frees up a lot of your budget, leaving you with more funds for a faster graphics card of processor. The GX500 does tick a lot of boxes though, with room for ATX motherboards, 15-inch expansion cards, tall CPU coolers, plenty of fans, some water cooling support (although rather limited), cable routing and a side panel window. 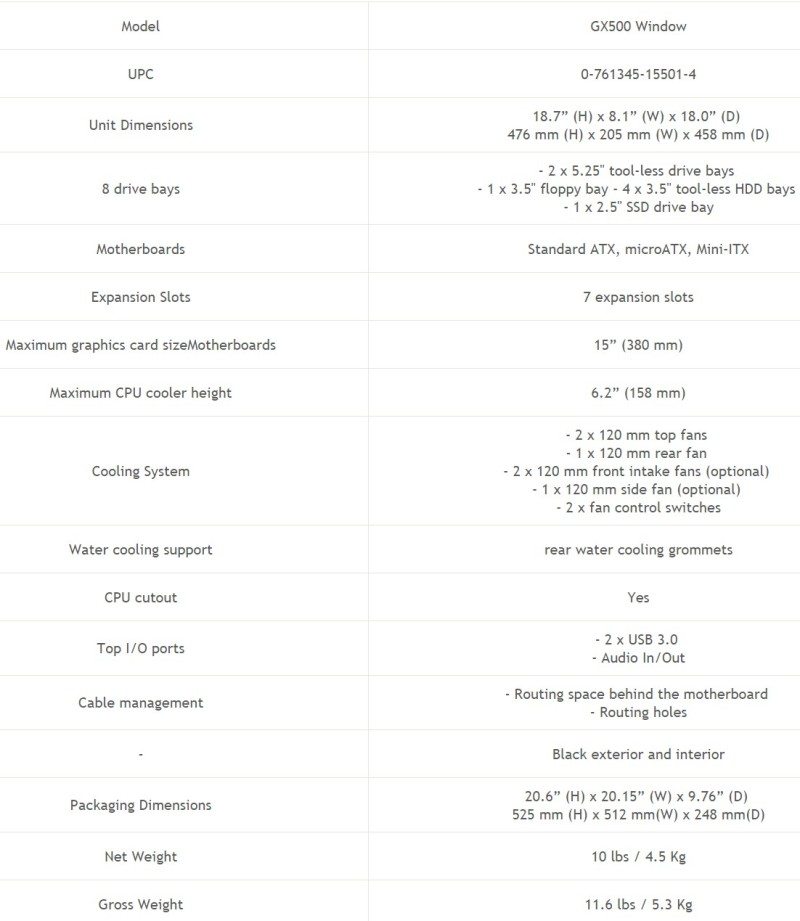 The left side of the chassis a features a funky window section, which is nice for showing off a bit of your build, although you’re not really going to see much here, as the GPU and a lot of the motherboard areas will be visually obscured by the side panel and the 120mm side-mounted fan. 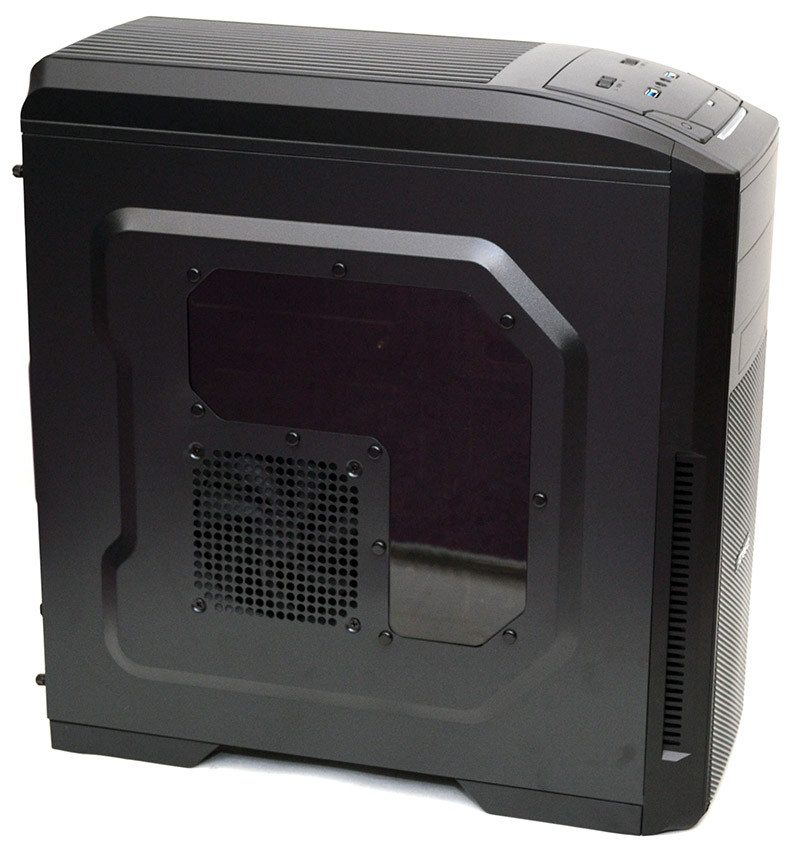 The right side panel has a raised section, keeping with the design of the left, although on this side it’ll allow extra cable routing space. Both side panels are held in place by two thumb screws at the back of the chassis. 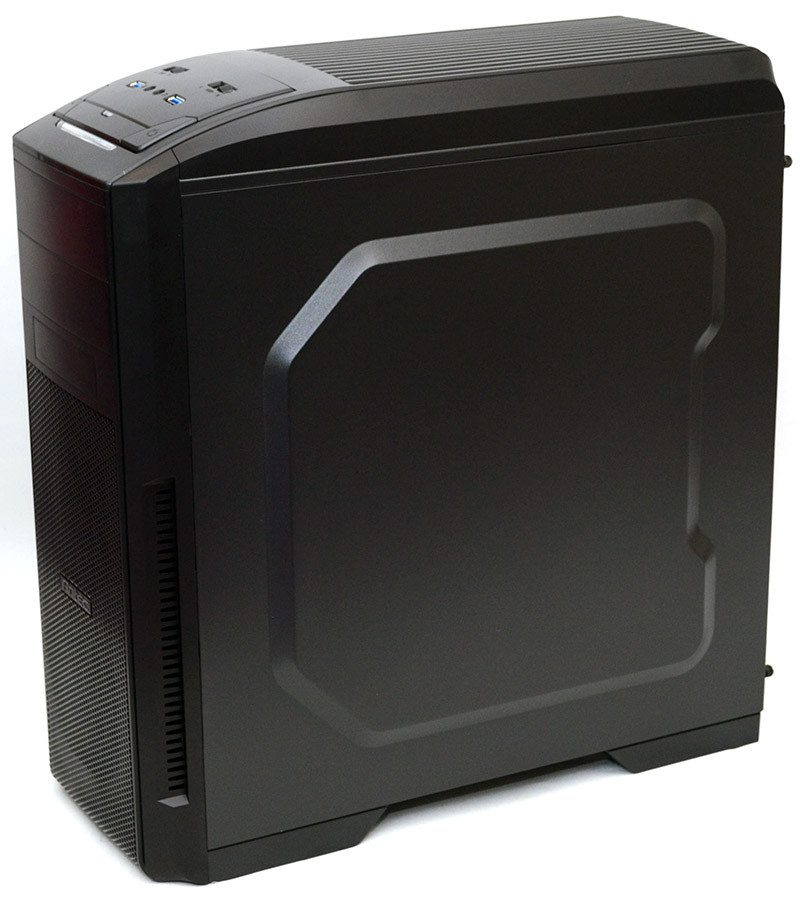 The front is certainly presentable, with a large fan mesh for two optional front mounted fans. I certainly like the way the top panel curves down a little bit, giving a sleek overall appearance that would look tidy as part of a gaming setup or in the office.

Behind the front cover, you’ll find a pre-installed fan as well as room for one more below it. There’s not the best in the way of air filters, but the front panel mesh should do a reasonable job. 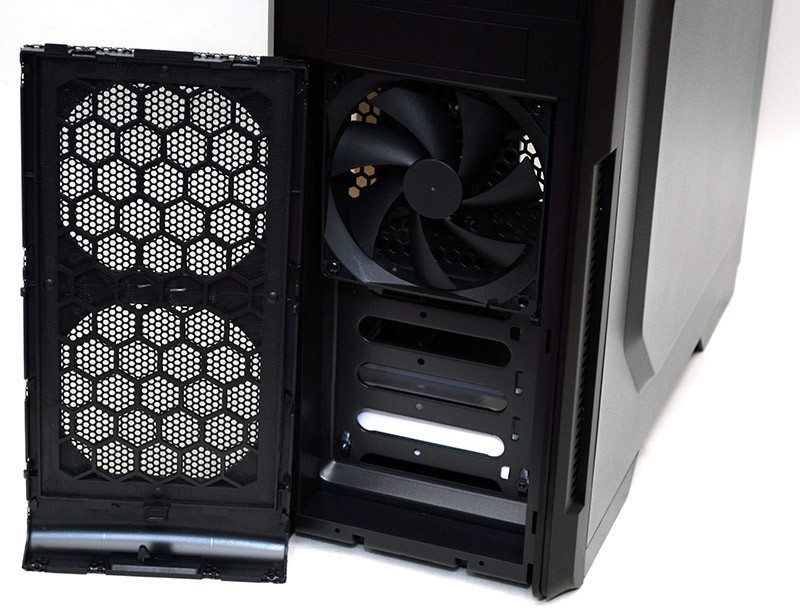 Around the back, you’ll find a slide-lock at the top, which can be used to remove the top panel fan cover. Below that, a couple of routing grommets, a pre-installed 120mm fan, 7 expansion slots and the PSU mount. Unfortunately, the expansion slot covers are a snap-off design, but that’s hardly a deal breaker.

The top panel has room for two more fans, which combined with the front, side and rear mounts, adds up to some serious air cooling potential. 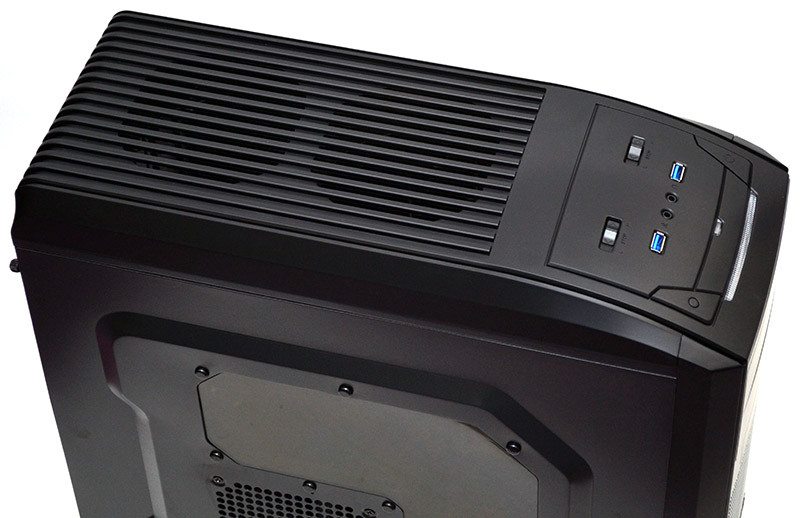 Remove the top cover and you’ll find more than enough room for a pair of 120mm fans. 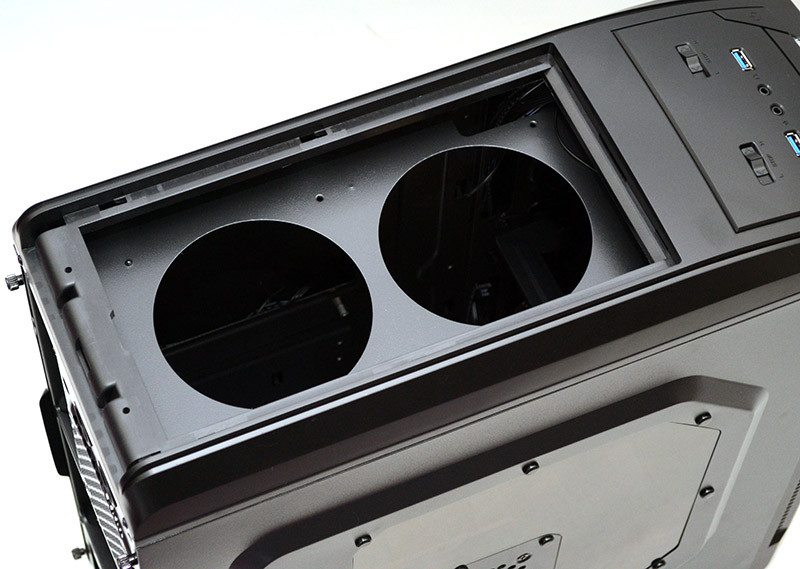 Adding further to the air cooling capabilities of this chassis, there is a two channel fan control setup on the front I/O, offering low/stop/high modes on each. There’s also a pair of USB 3.0 ports, HD audio and the usual power buttons and indicator lights. 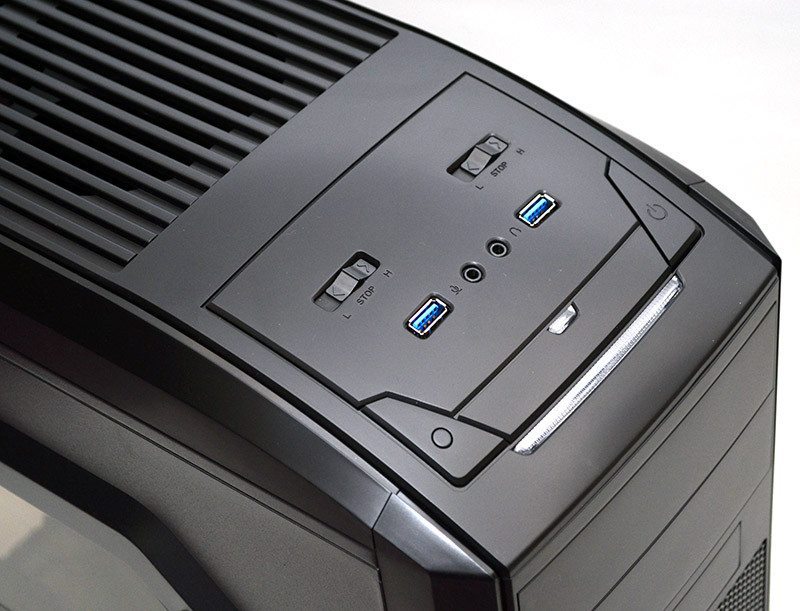 The underside of the GX500 is pretty decent, with four large durable feet that give it good stability and excellent ground clearance for the PSU air intake, which comes fitted with a slide-out dust filter for easy maintenance. 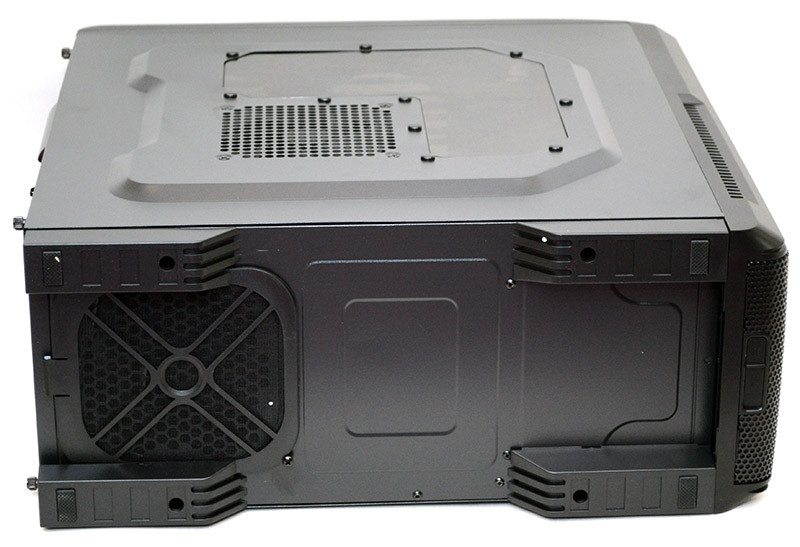