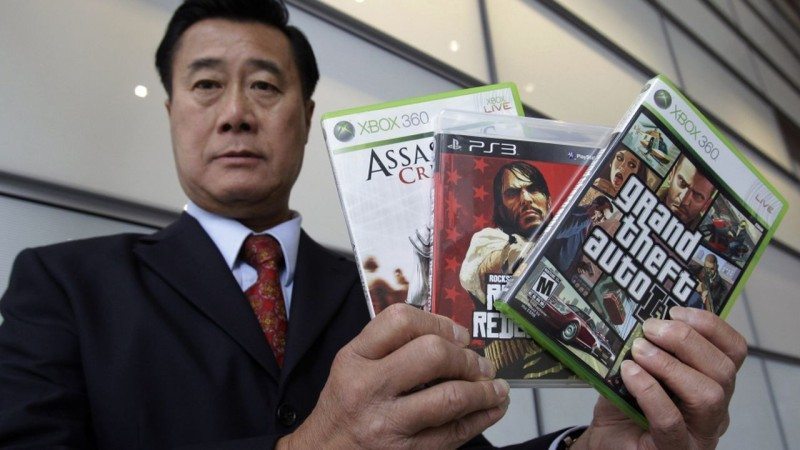 Former California state senator, Leland Yee became a household villain in the gaming industry for outlandish claims regarding the link between video games and violent behaviour. In an absurd move, Yee attempted to pass a bill banning the sale of violent games to children. Thankfully, common sense prevailed and he was unsuccessful, but this rightfully angered a great number of people. There’s no clear evidence linking games to violent activity, and some scholars argue it has the opposite effect. The ability to quash one’s frustrations in a virtual world reduces the probability of doing the same in real life and causing harm. Despite Yee’s apparent impeccable moral compass and crusade to help society, it appears he isn’t a law-abiding citizen.

Last July, Yee pleaded guilty to racketeering charges in connection with two criminal enterprises and weapons smuggling. Recently, he was sentenced to five years in prison for his involvement. According to a report from San Jose Mercury News, Yee was facing a 20 year prison sentence and fine of $250,000 plus restitution. However, his plea dramatically reduced the sentence to 5 years. Prosecutors in the case said Yee demonstrated “a venal attitude toward his position as an elected public official” “and had no qualms abusing his position to the detriment of his constituents.”

As you can see, it was pretty hypocritical for Yee to make sweeping statements regarding violent video games considering his terrible character. I do feel the sentence is awfully lenient and the justice system should be setting a better example for politicians in office. At least this is a sweet moment for gamers, who felt the brunt of Yee’s ridiculous claims. It’s clear he was trying to use gaming to further his own biased agenda and cover up any criminal activity. Clearly, the violence in video games debate always gains a lot of media attention and involves discussion from politicians without any knowledge of the industry.