Is Apple Building a Driverless Car? 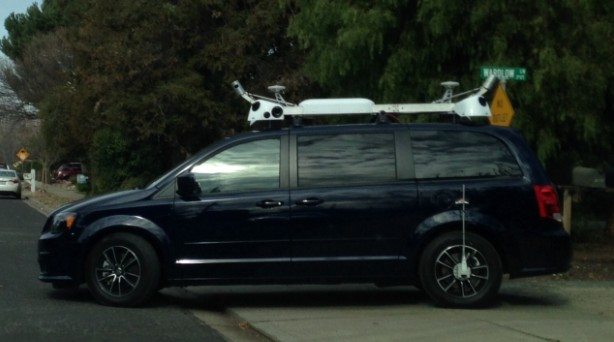 No that blacked out car doesn’t belong to the FBI, it belongs to Apple. Well, according to CBS it’s at least leased to Apple, but what it was doing is something we don’t yet know.

A local San Francisco Bay Area blog called Claycord first discovered the vehicle, that has an array of cameras, something similar to a Google Street View car, leading to the logical suggestion that Apple is planning to add Street View-style imagery to its mapping service. However, if you compare that car with a Street View car, you can easily see that Apple’s car has quite a bit more equipment attached to the roof.

So perhaps it’s driverless? While technology analysts and driverless car experts have suggested that it may well be, you don’t really need to be an expert to see the similarities between this other driverless cars. Heck, there’s even a video of a driverless car in New York from last year that was the exact same model, with pretty similar equipment attached to it.

Apple of course, declined to comment, but this piece of news is no doubt terribly exciting, leading many to wonder just what Apple might have up its sleeve.

Source and Image: Claycord Via: MacRumors