Putting all of the design and aesthetics aside, this cooler does still have a job to do. Namely, keeping your processor nice and cool. With this being a budget option, however, you might at this point be concerned as to whether the low price indicates a sub-par performance. Well, the truth is, no. The Arctic Freezer 34 eSports Duo performed more than acceptably in our testing and, actually, surprisingly well.

Starting with the temperature performance, at stock levels, the Arctic Freezer 34 had no problems at it. Finding itself in our top third of test samples, I nearly expected it to get a nose bleed! Admittedly, when overclocked it does struggle a little, but don’t forget, this isn’t a particularly large air cooler and certainly isn’t marketed towards the ‘high-performance’ end of the market. Even so, the figures provided are still comfortably within acceptable levels.

In terms of noise levels, while the fans are not whisper quiet, they are not notably loud either. In fact, if you’re upgrading from stock-cooler territory, you’ll probably wonder where all the noise went! When overclocked the levels only slightly increase and I suspect that the fans may generally tend to run at pre-determined speeds as the stock and overclocked levels were pretty consistent.

On the whole, however, the testing found no faults and actually surprisingly good results! Arctic might have been ballsy in comparing this to many other major twin-fan brands and while our results do not quite match their own, they’re surprisingly not far off either. 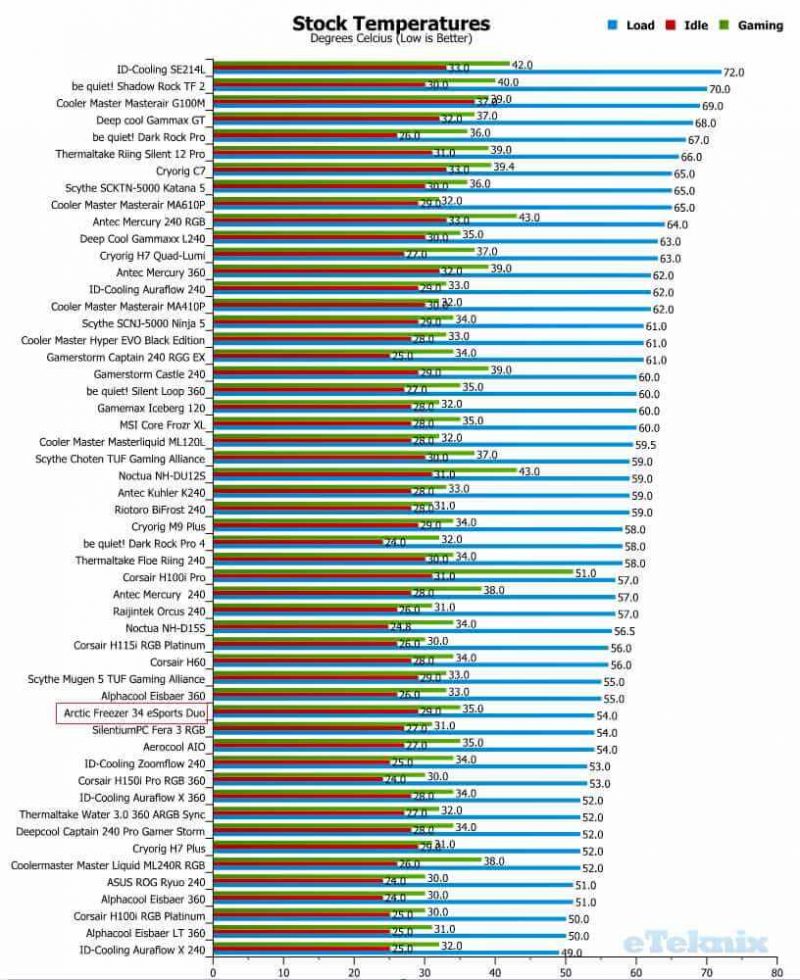 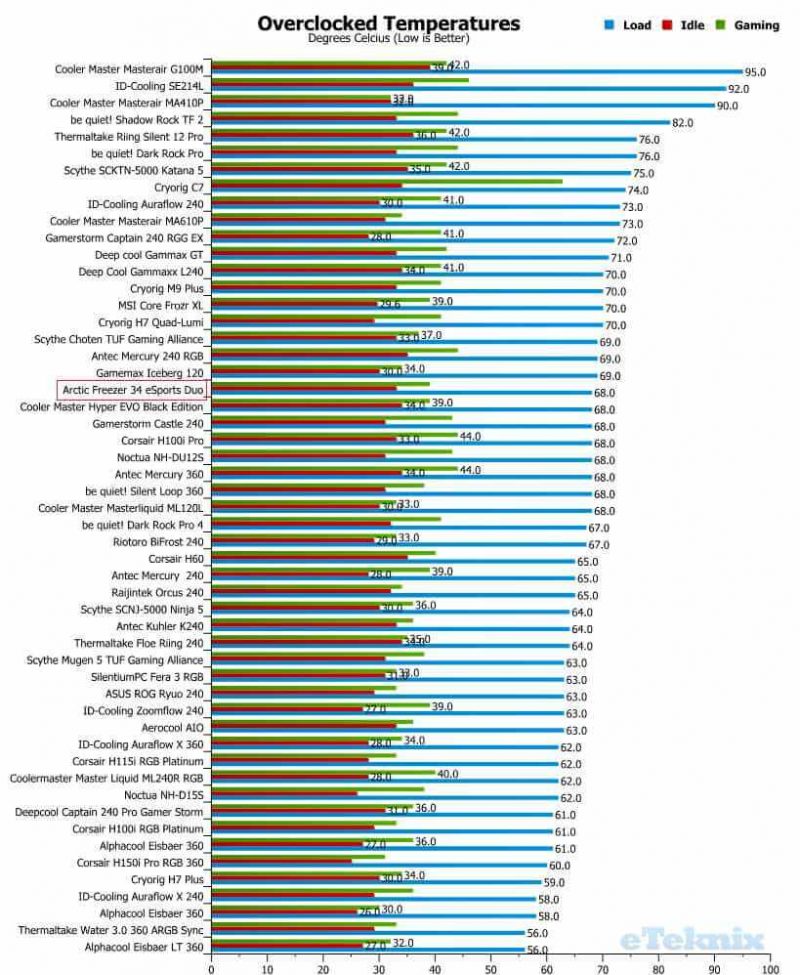 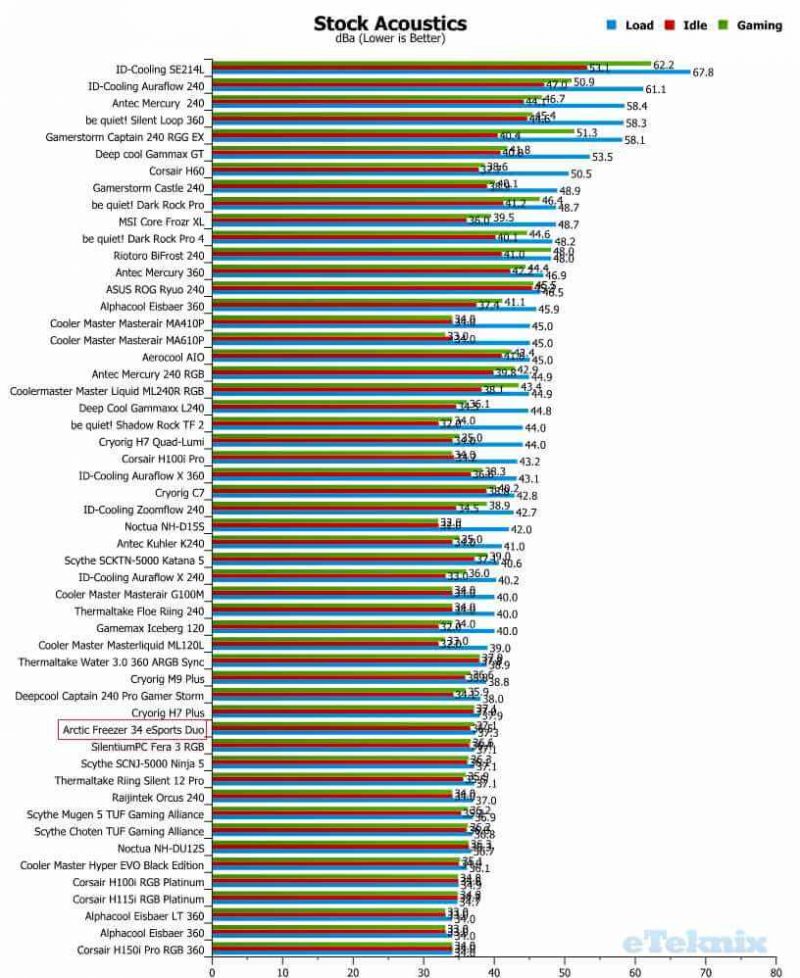 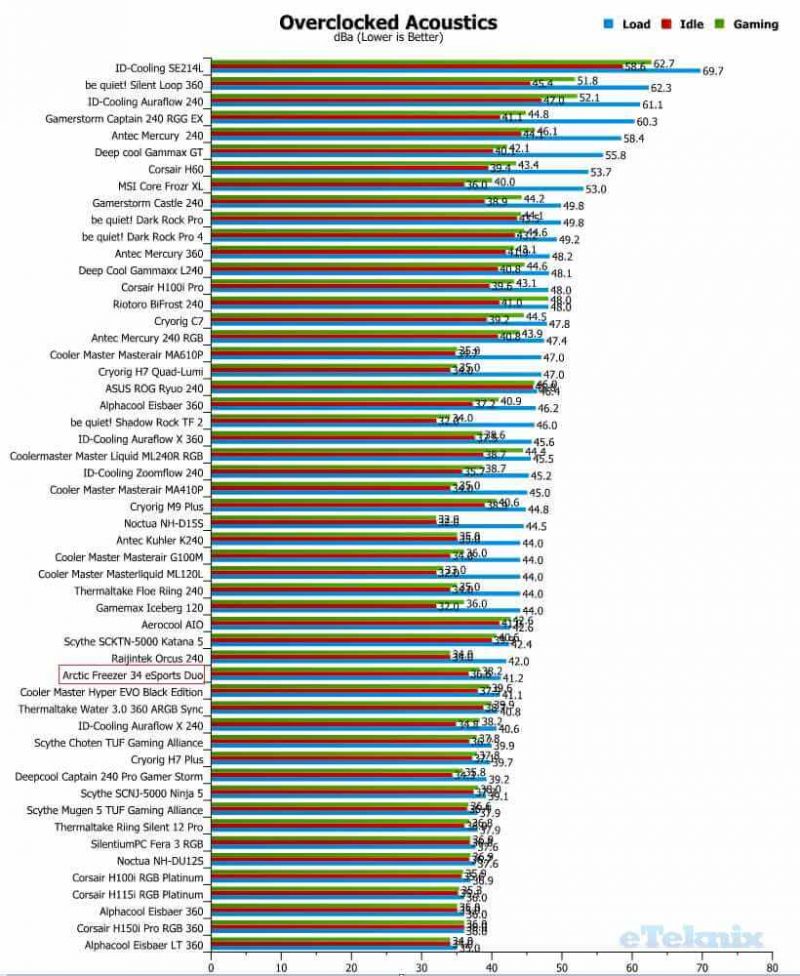