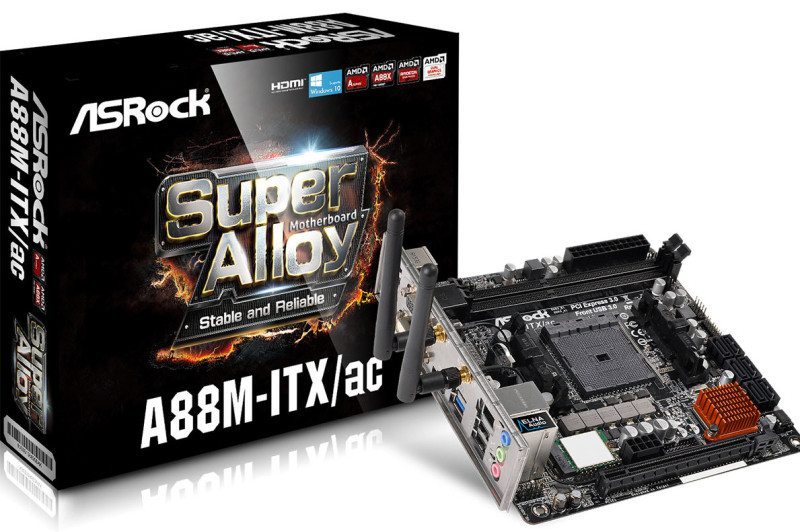 With the release of AMD’s upcoming Zen architecture upon us, it seems motherboard manufacturers are attempting to maximize sales from the current AM3+ and FM2+ platforms before it’s been replaced. To enthusiasts opting for the best possible hardware solutions, this isn’t going to interest them, but there’s still some usage scenarios where the low-cost options make sense. For example, you could use this motherboard in a HTPC or create a home-made NAS. The ASRock A88M-ITXac adopts the compact ITX form-factor and based on AMD’s A88X chipset supporting FM2+ APUs and CPUs. Furthermore, the socket is wired to two DDR3 slots housing up to 32GB of dual channel DDR3-2400 memory. There’s also a single x16 PCI-E graphics slot, to insert a high-end discrete GPU.

On another note, the motherboard contains six SATA 6Gb/s ports, an M.2 port on the reverse side of the PCB, and 802.11ac WLAN capable of speeds up to 433 Mbps. ASRock have also implemented Bluetooth 4.0 functionality and gigabit Ethernet. In terms of connectivity, there’s a HDMI 1.4a port, dual link DVI, D-Sub, four USB 3.0 ports and 6-channel audio solution. Another intriguing feature revolves around the ability to use a discrete Radeon graphics card in combination with an APU. This enhances the gaming performance and utilizes every aspect of your hardware setup.

Even though the FM2+ socket is rather outdated, I still believe there’s some merit to purchasing the platform especially if you’re building a small form factor media PC. The A88M-ITXac offers a great deal of features in a neat package. Although, there’s no information yet regarding pricing or availability. Hopefully, this should be unveiled very soon especially when you consider Zen is just around the corner. 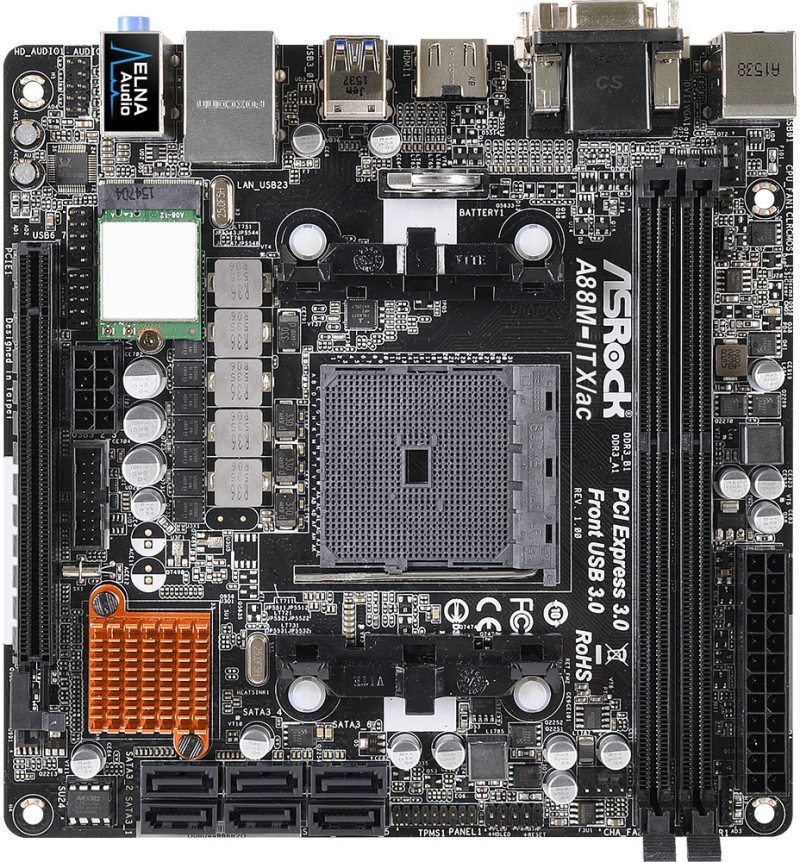 Do you think there’s still a need for AM3+ or FM2+ motherboards? I personally wouldn’t purchase one, but at least consumers have that extra option for a low-cost build.