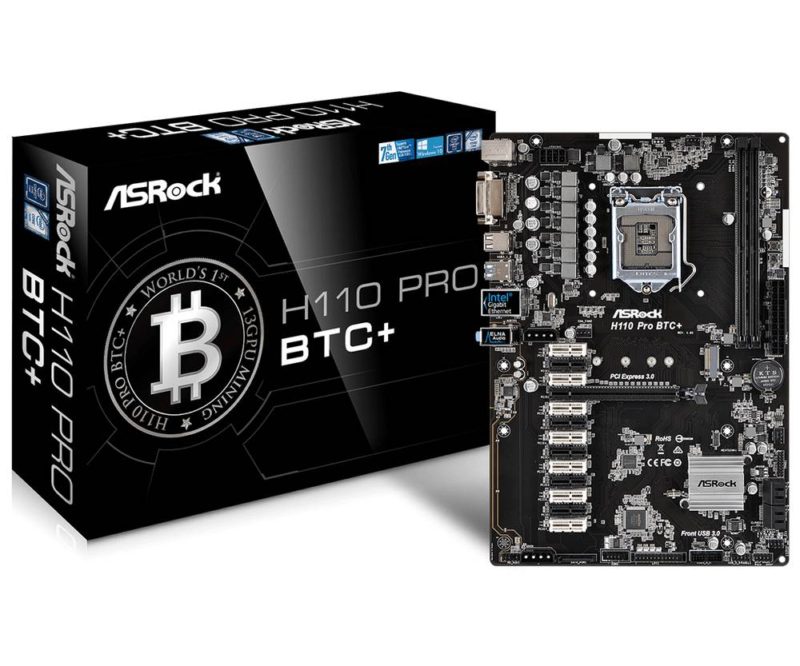 Among the motherboards on display at Computex in the ASRock booth is a unique one made for cryptomining. This is the H110 Pro BTC+ motherboard and it is finally available in stores. ASRock claims that this is the first in the world to have 13 GPU support. 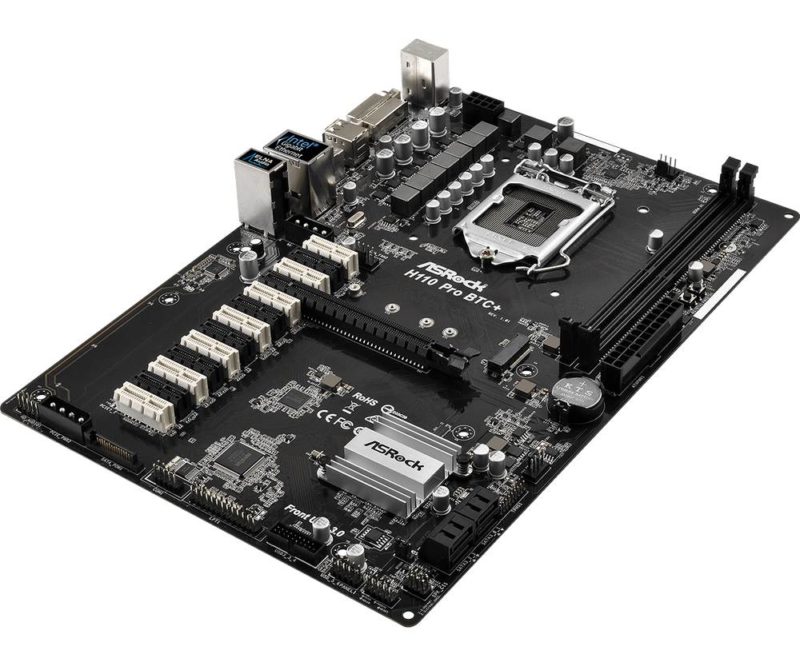 Like most mining oriented motherboards, the H110 Pro BTC+ has plenty of expansion slots. There are in fact 13 in total. Twelve are PCIe x1 and one is a fullsize PCIe3.0 x16 slot. The slots are also colored alternately in black and white so it is easier to see where to plug the ports in are. Obviously risers need to be used since cramming in 13 PCIe slots on an ATX motherboard takes up space. Also, two additional 4-pin molex power connectors feed these PCIe slots with dedicated power beyond the bus. There is even an optional SATA power feed as well along the bottom edge. 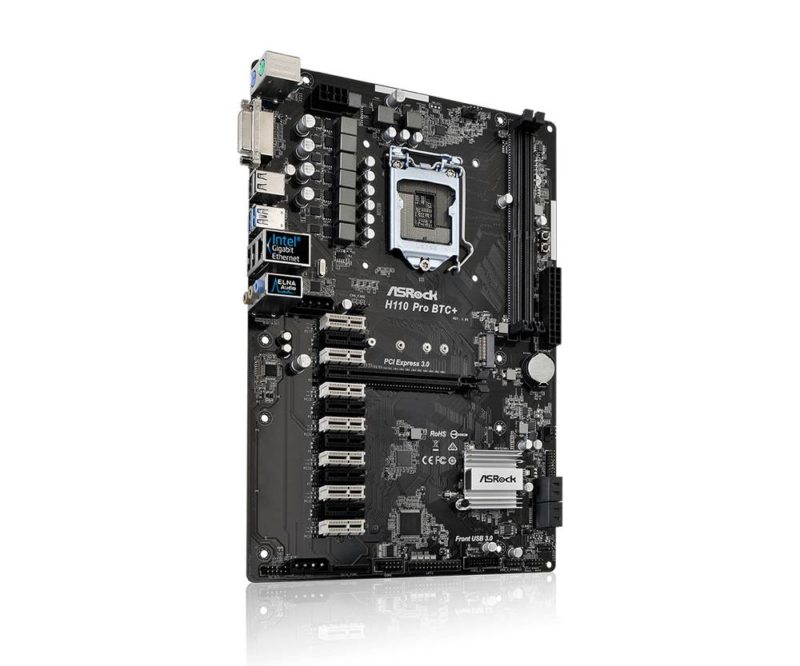 Aside from the expansion slots, the ASRock H110 Pro BTC+ motherboard supports two DDR4 modules and has an 8-phase CPU VRM design. The audio uses a Realtek ALC887 HD audio codec and the Gigabit LAN support is provided by an Intel i219V PHY. 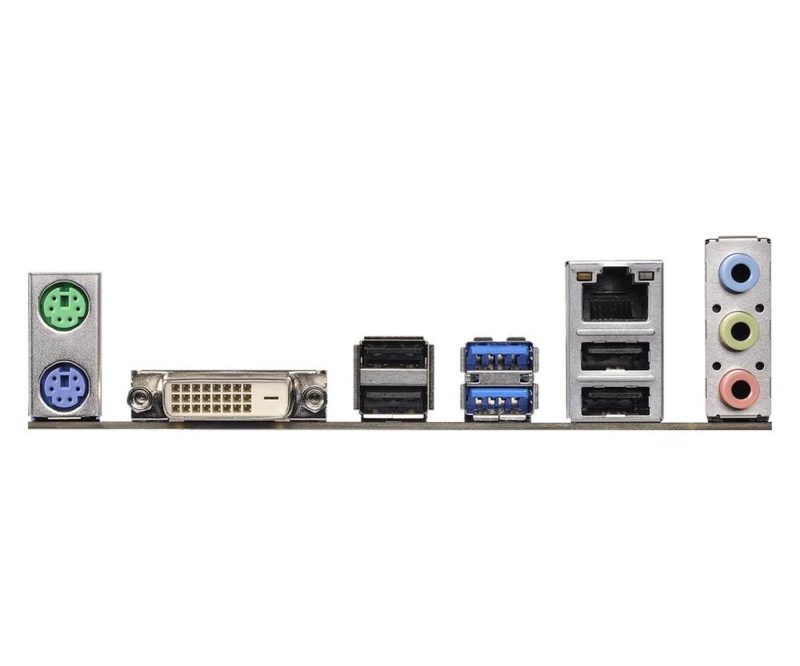 It should be available worldwide already by July 7 for $129.99. However, with the popularity of GPU coin mining, good luck trying to get one.