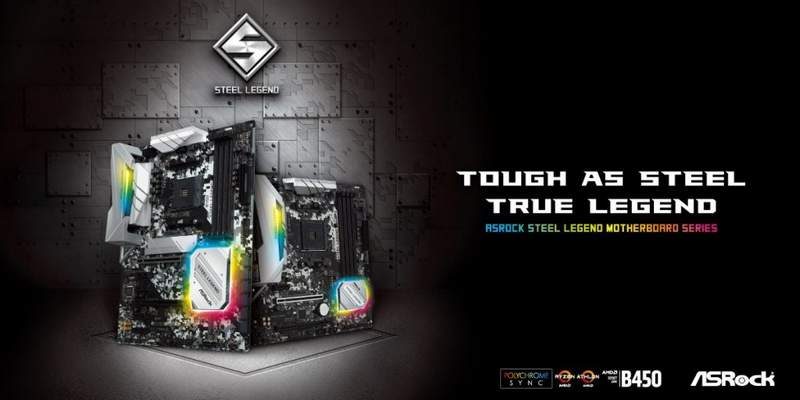 ASRock has two new motherboards featuring AMD‘s B450 chipset. These are the B450 Steel Legend ATX and 450 Steel Legend mATX, featuring PolyChrome Sync RGB LED. AMD’s B450 chipset brings advanced features such as StoreMI and is for those who do not need to run dual-GPU setups. While it does not have dual PCIe x16, it has more than enough bandwidth for dual PCIe x4 NVMe storage. 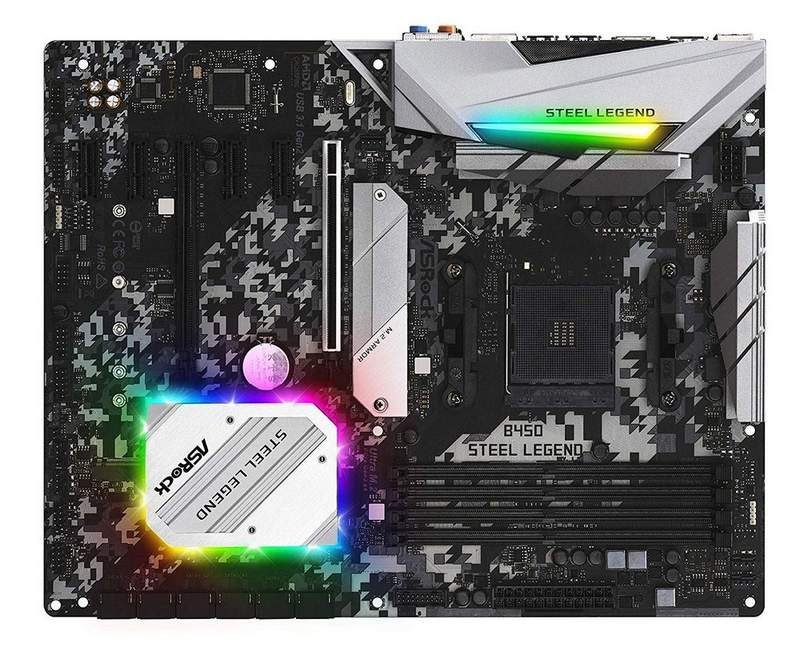 Another feature hinted from the name is the fact that these boards offer higher durability than most B450 boards. The PCB uses 2oz copper inner layer and the 6-phase VRM uses 60A chokes.All the capacitors are also solid Japanese Nichicon 12K Black Caps with a longer lifespan than even some high-end boards. ASRock also throws in an IO cover which has an RGB LED accent as well. Creating a clean aesthetic look that matches the RGB LED accent on the chipset heatsink.

Both boards use a Realtek RTL8111H Gigabit LAN and Realtek ALC892 audio. Both also have analog 12V and digital +5V RGB LED headers. In fact, both share plenty of similarities feature-wise. Except the larger ATX form factor enables ASRock to add more expansion slots and SATA ports to the B450 Steel Legend. It has two more SATA3 ports (via ASM1061) in addition to the four from the B450 chipset natively. It also has the advantage of having a built-in heatsink for one of the Ultra M.2 slots.

How Much are These ASRock B450 Steel Legend Motherboards?

Unfortunately, ASRock did not reveal any pricing information yet. Although judging by the features, these will be sitting at the top of their B450 chipset line above the B450 Fatal1ty series. So these Steel Legend motherboards will most likely be priced above the $100 price point instead of below it.