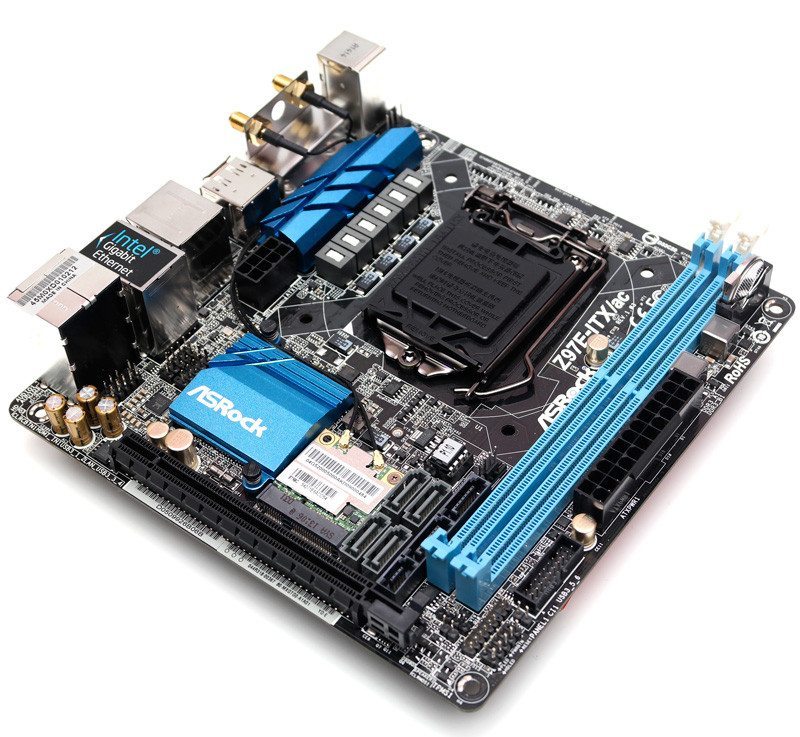 Intel’s Z97 platform is a perfect basis for a mini-ITX system build as it features enough performance to please even the most demanding user while still being power efficient enough to be tamed by small form factor cases and modest cooling solutions. Due to those reasons it isn’t surprising to see Intel’s LGA 1150 platform dominate the mini-ITX landscape. Creating a mini-ITX motherboard from AMD’s AM3+ or Intel’s LGA 2011 platforms is unfeasible from a number of perspectives including heat and for LGA 2011, the size of the socket and number of memory lanes required. We have seen other mini-ITX motherboards emerge for low power platforms like Intel’s Bay Trail, AMD’s Kabini and AMD’s FM2+ APU platform but relatively speaking all three of these platforms cannot rival Intel’s LGA 1150 in terms of raw performance. In short, Intel’s mainstream LGA 1150 platform offers the best balance of features, performance, pricing and power efficiency for the mini-ITX form factor.

Today we are setting our sights on one of ASRock’s newest additions to the line-up, the Z97E-ITX/ac. ASRock, a previous subdivision of AsusTek, has really taken the world by storm, becoming the 3rd biggest supplier of motherboards for the year 2013-2014. Being set on the Intel Z97 chipset, allows this motherboard to be compatible with all the LGA 1150 socket CPU’s such as the i5-4570k and i7-4700k. This particular board has been built using all the typical ASRock components; premium alloy chokes, 12K platinum capacitors and a sapphire black PCB, all combining to producing a stonker of a motherboard. Along with the usual hardware components, ASRock has managed to squeeze on the newest Wi-Fi standard 802.11ac, meaning a boost of up to 289% over 802.11n Wi-Fi, a M.2 port for super fast storage and much more. 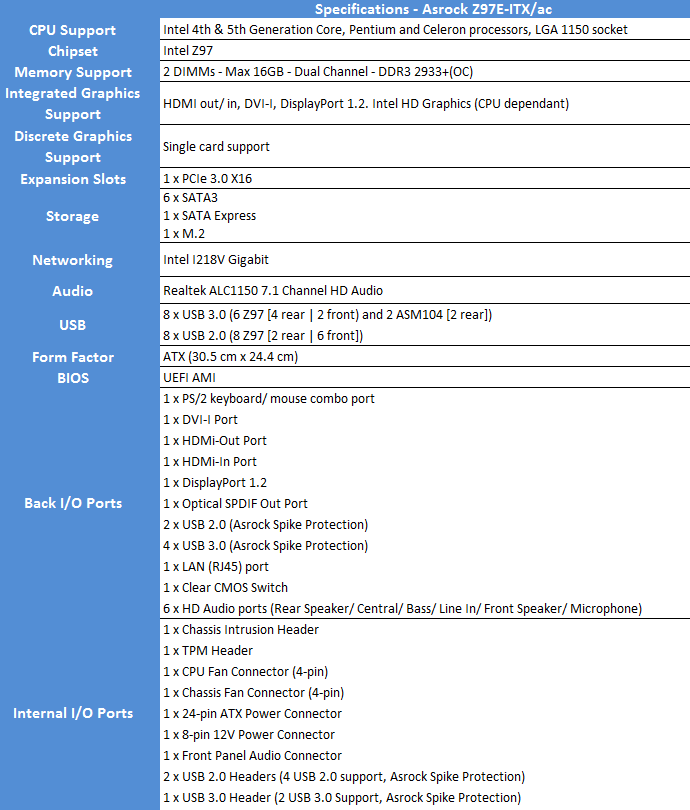 Manufacturers nowadays need to find innovative ways to stand out from the crowd, ASRock is no different and has brought a huge array of features to this motherboard. 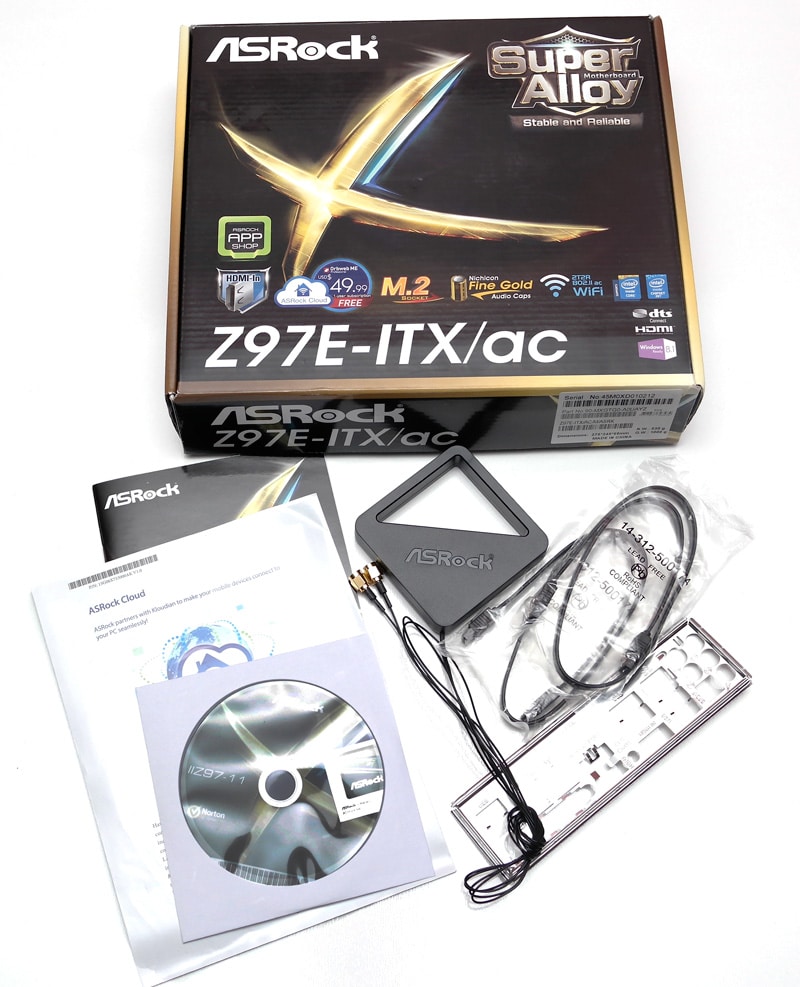