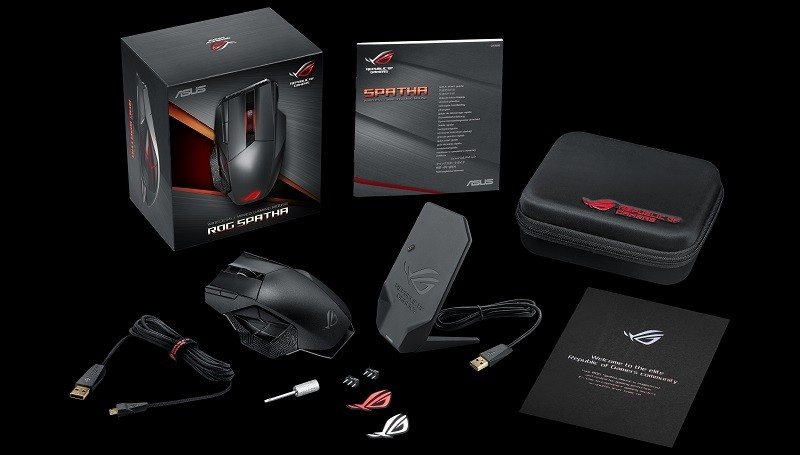 ASUS’ Republic of Gamers range is one of their most successful divisions and continues to attract a very loyal following. The ROG brand has come on a long way since the emergence of gaming focussed motherboards with a specialized set of features. In today’s market, the ROG series covers motherboards, graphics cards, gaming mice and I’m sure there’s more to come in the future. Recently, ASUS unveiled their latest flagship gaming mouse entitled the ROG Spatha. This particular product opts for a striking design and employs a magnesium alloy chassis. There’s also RGB illumination in three independent zones which creates a spectacular appearance.

The Spatha can be used as a wired or wireless mouse and features a 8200DPI laser sensor with the ability to track 30g (gravitational) acceleration, 150 ips (inches per second) and at 2000Hz for polling rate (in wired mode, 1000Hz for wireless). Unfortunately, there’s no information from the press release stating which specific sensor is being used. Other features into 12 programmable buttons, soft side grips, replaceable Omron switches with a lifespan of 20 million clicks. A 2-level DPI switches with LED indicator acts a sniper mode to change sensitivity on-the-fly. The magnetic charging dock contains a battery level meter to easily keep a check on the device’s remaining battery life. ASUS’ Armoury software suite allows you to alter various attributes including acceleration/deceleration, lift-off distance, six lighting modes (where each of the three zones can display its own effect), and more. 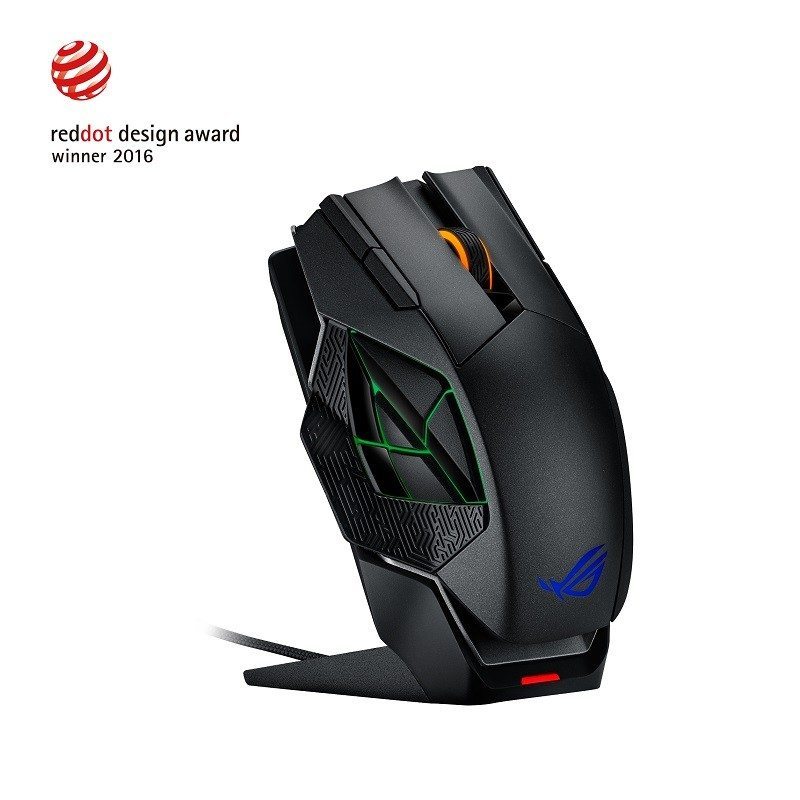