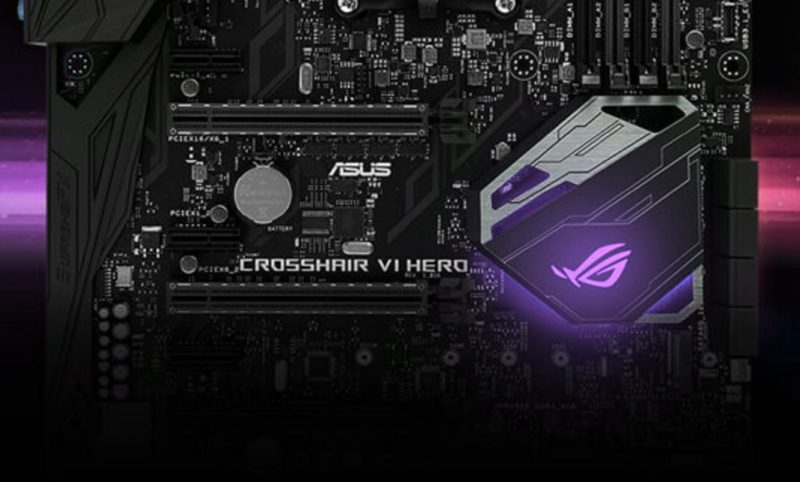 Ryzen is here at last, and with that comes dozens of motherboards from the many AMD partners. Today, we’ll be taking a look at the new ASUS RoG Crosshair VI Hero, an X370 chipset board for the latest Ryzen AM4 socket chips from AMD. The new board brings all the high-end thrills you would expect, promising plenty of overclocking features, SLI/Crossfire support, M.2 storage, RGB lighting and much more! It’s primed to appeal to enthusiast system builders, overclockers and gamers alike, so let’s take a closer look at what it has to offer!

“For more than a decade, Republic of Gamers has delivered exemplary design and performance to thrill the world’s best players and PC enthusiasts. Our journey is a road without end. Now, it’s time for competitors to be warned and for gamers and enthusiasts to push the limits: The packed and pumped ROG Crosshair VI Hero Series motherboard is ready to defeat all challengers.” – ASUS

Check out the full specifications here!

The box is pretty much what you would expect, and comes with a durable design to ensure the product is safely stored. There are a few teasing details on the front too, such as the X370 chipset, SLI, Crossfire, Aura lighting, etc.

Around the back, a nice run down the main specifications, as well as a few fun highlights such as the USB 3.1 front panel header, AURA lighting, SupremeFX CODEC, and support for 3D printed add-ons. 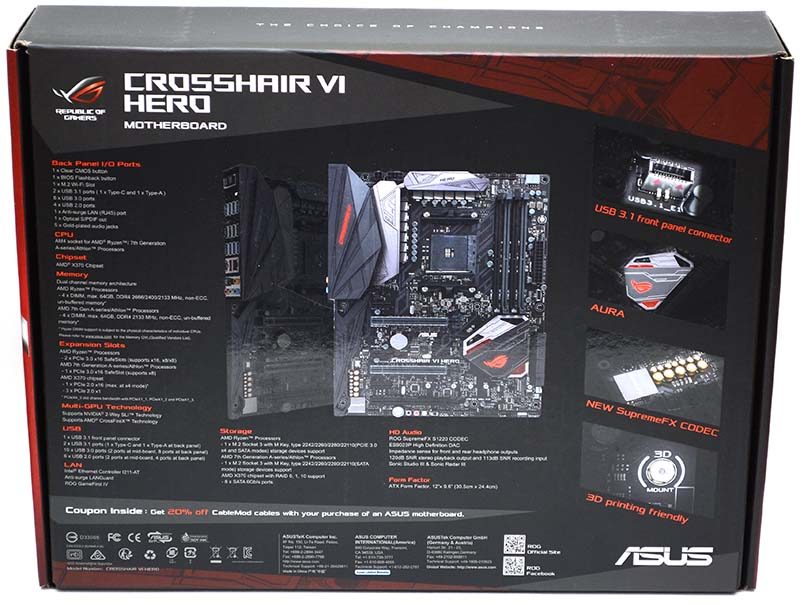 Open up the box, and you’ll find a protective hard plastic cover on the motherboard. 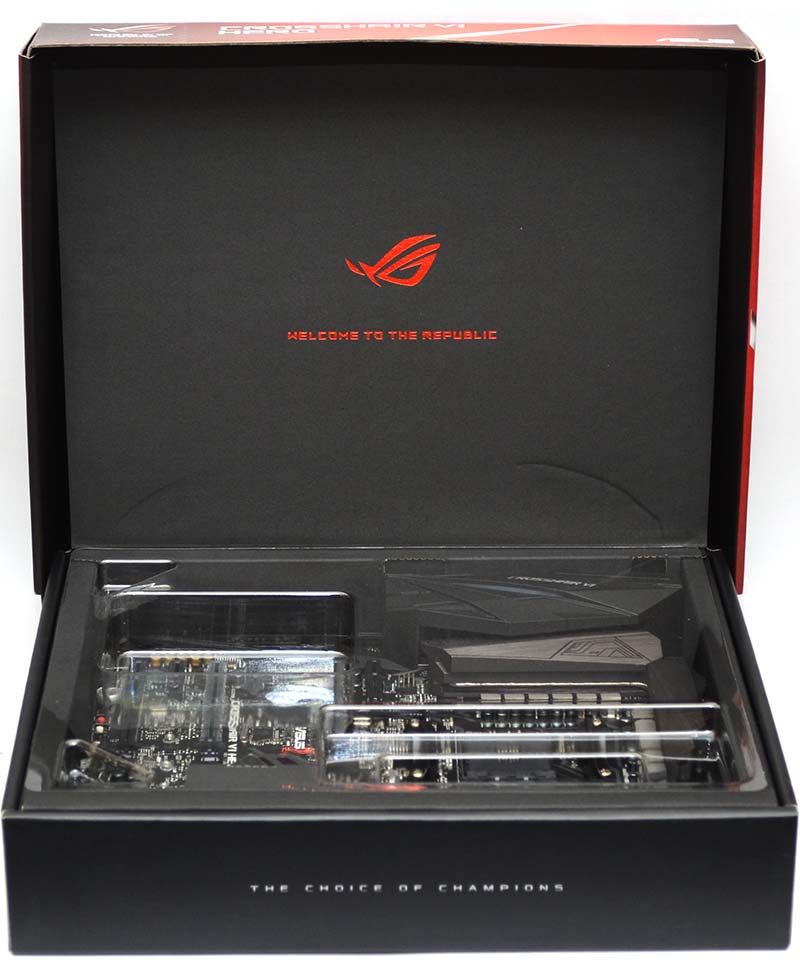 Aside from the motherboard, you’ll also find the basic driver disc (although we always recommend downloading any updated versions where possible), the user guide, and a coaster, because we all need somewhere to put a drink while building our new rig. Skip on to the next page, and we’ll take a look at the star of the show; the motherboard! 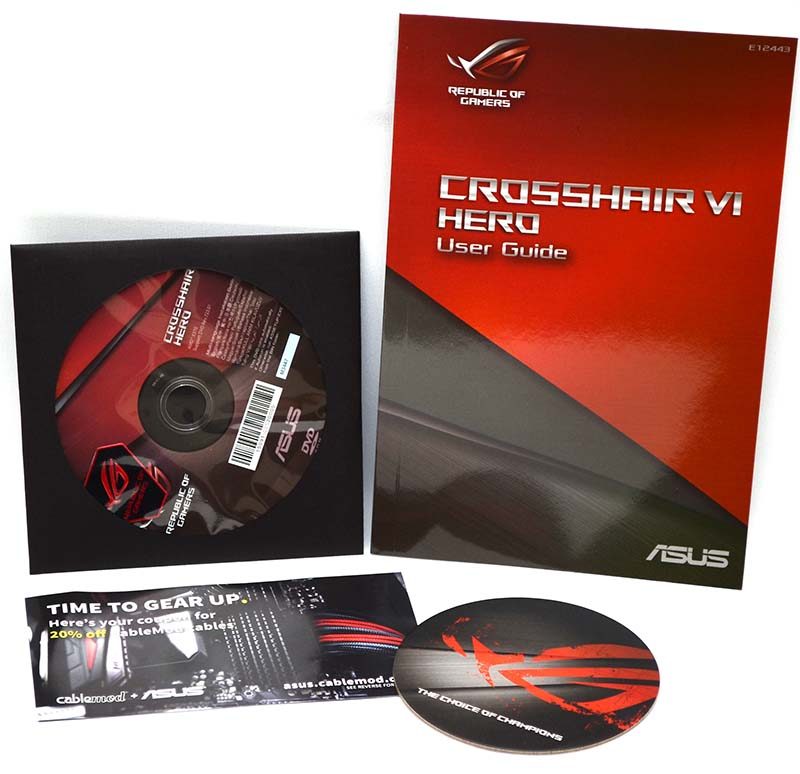